An Inside the Cask chat with…the man behind Baileys, Cîroc and many other brands

David Gluckman is the name that has helped to define the current drinks business with innovations created over the course of 45 years in the industry. He was the man behind brands such as Bailey’s Irish Cream, Cîroc vodka, Tanqueray Ten gin and many others. In his book ‘That sh*t will never sell‘, David provides us with a real insight into the drinks industry and the different ideas that made all the way to the bottles as well as those that never left the drawing board…

I first came across David by chance. As someone interested in the drinks industry (past and present), I’d heard about his book, read it in one sitting and was really keen to reach out and find out more about his career in the industry. David could not have been more helpful and was kind enough to share some of his time and expertise with us at Inside the Cask.

Coincidentally, he has worked a number of times in the past with David Phelan (now at Cuervo) who I also know from the industry.

In terms of his background, David started in advertising, escaped into brand development and most of his experience has been in the drinks business. He was born in South Africa and in the late 60s, became a consultant to IDV (International Distillers and Vintners—a company that would become Diageo). 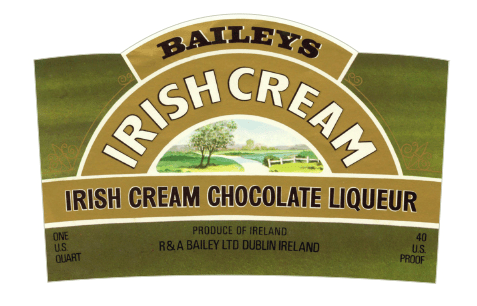 Inside the Cask: First of all, what can you tell us about your book ‘That Sh*t will never sell!’?

I’ve worked as a brand development consultant to IDV/Diageo from 1969-2005 and for myself since then.  There have been a huge number of projects over that period, some very successful, some shining briefly and fading and some never making it at all.  Looking back, I was deeply committed to every brand we ever did and wanted to tell their stories.  I wanted to let people into my head to find out exactly how brands like Baileys, The Singleton and many others came into being.   I was a small cog in a very complex wheel and once I’d delivered an idea there were teams of people who were responsible for bringing it to life.  I also wanted to celebrate those people who made those brands happen.

Inside the Cask: What is the story behind the title for the book? What was the motivation for sharing the book with the rest of us?

Sir Anthony Tennant, the then CEO of IDV- which became Diageo – took a bottle of newly-minted Baileys to New York in early 1975 to show it to the man who imported J&B into the US. He was a very important person in the drinks business.  He inspected the package, tasted the liquid and pronounced “That shit will never sell!”

It seemed like a great title for a book. In his defence, he took the brand on anyway and contributed to its enormous success in the US.

Inside the Cask: You helped to create many new products and brands over the years, what would be your main advice for companies trying to avoid NPD failure? Do you believe in the ‘fail fast, fail cheap’ method?

I have any number of suggestions in response to the first part of your question. But I’ll try to keep this short and sweet. One, projects always worked better – and by that I mean more quickly and with less expenditure – when we dealt with people high up the corporate ladder. They could throw the switch and spend the money to make brands happen. And they never expected paralysing, time-consuming analysis.  Two, we always dealt with single solutions to briefs.  As soon as you start messing about with options and alternatives, projects leak money. And finally, we spent only a tiny fraction of the market research money that big companies spend on brand development these days.  As I researched my own ideas for most of my career, I was never motivated to persuade my clients to spend more than the bare minimum on research.

I am not sure about ‘fail fast, fail cheap’.  Sometimes brands need patience and time to become established. Brands that ‘fail fast’ often have a load of money put behind them.  There are some examples in my book.

Inside the Cask: Many smaller companies do not have the consumer research and product development as the larger companies in the drinks industry. What would be your advice to them?

There is absolutely no reason why a small company can’t develop a successful new brand in the drinks business.  In these cases I think it’s essential that the CEO, or someone else high up in the organisation takes control of brand development in order to avoid the expensive pitfalls of ‘beauty contest’ innovation.  If you commit yourself to a single solution, you will save huge amounts of money.

Inside the Cask: You have looked in the past into drink category regulations to come up with new product ideas. Do you think there is still innovation possible within the Scotch whisky industry?

My favourite projects were always in really tough categories like vodka, gin or whisky and there are a couple of whisk(e)y ideas in the book which are worth another look.  Baileys ‘The Whiskey’, was based on maturing the product in barrels that had contained Baileys’ flavours.  There were disapproving noises in the industry, so the company, engaged in take-over activities at the time, probably wisely chose to let the idea go.  And being a lover of Scotch straight from the freezer, the idea behind J&B Sub-Zero is still worth exploring.  But the liquid has to be outstanding. 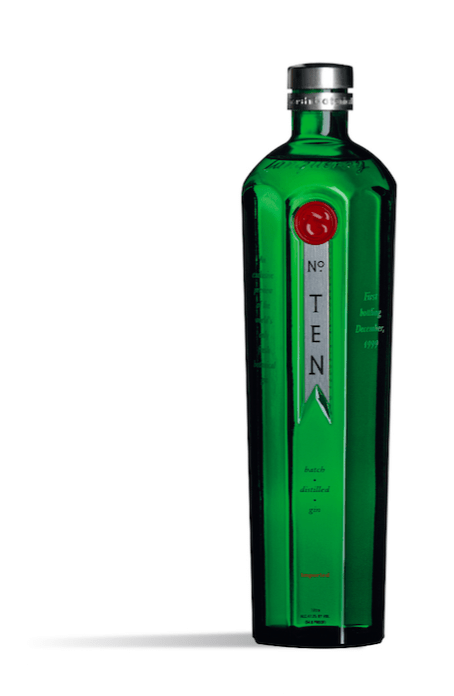 Having, I think, broken new ground with Tanqueray Ten (made with fresh botanicals – pictured above), Cîroc (vodka made from grape not grain) and Smirnoff Black (perceptively smoother vodka), I refuse to believe that well has run dry.  If someone gave me a brief in any one of those categories, I am certain I could come up with something new.

Inside the Cask: Which product development are you most proud of and why?

It’s hard to pick a winner here. I was proud of every idea.  One of the most exciting ideas I ever had never got onto the drawing board, let alone off it.  Distilled Guinness was designed to take beer into distilled spirits and to avoid all those legislative pitfalls imposed by industry bodies.  But nobody showed the slightest interest.  But who knows.

Inside the Cask: How do you see the drinks industry changing since when you first started? Are you still involved in any way?

When I started the business was full of old school sales types.  And at their best, they were magnificent.  Baileys would never have made it without the passion and commitment of the late David Dand.

And can you imagine brands like Jagermeister and Grey Goose passing through today’s ridiculous market research filters en route to glory?  People like Dand and Sidney Frank were geniuses who would not be allowed to emerge in todays’ over-analysed, over-researched business environment.

There were more decision-takers in the business when I started.  Nowadays the business is more analytical – with emphasis on the first two syllables. 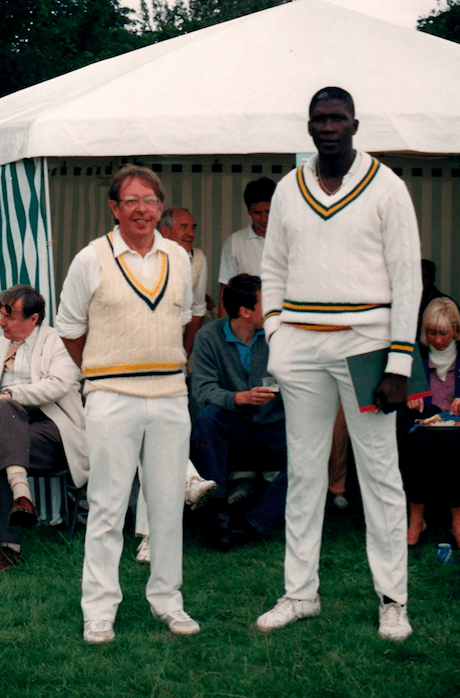 Inside the Cask: Can you tell us something about you that most people won’t know?

If you write a book there is a tendency to let it all out.  But if you look at the taller guy in the picture with me (above), and you come from somewhere in the old British Empire, you’ll have an idea of my not-so-secret enthusiasm. He was an international superstar and I was a geriatric duffer.

For a small sample of the book – click here. 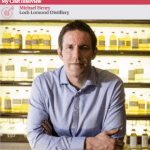 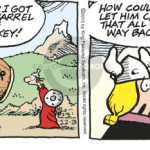