Although humans have had a long history with alcohol, it is only recently and with the help of powerful new radio telescopes, that astronomers have revealed large clouds of alcohol in deep space also. This natural occurrence is in contrast with the controlled environment that astronauts are submitted to whilst in space, whereby they are prohibited to consume alcohol onboard the International Space Station (ISS).

For reference: Inside the Cask blog post: ‘The 9,000 year old history of humans and alcohol’

The alcohol, sugars and nitrogen-bearing compounds needed to make proteins were found in deep space with many other complex chemicals also. A single gas cloud contained alcohol equivalent to thousands of billions of bottles of whisky…just imagine it….

“The story emerging is of ­organic molecules forming in space and becoming the building blocks of comets and planets. Those chemicals, plus water, are carried to young planets by comets and may help start life.” Ewine van Dishoeck, professor of molecular astrophysics at Leiden University in Holland

The findings came from surveys of the stars by the Atacama Large Millimeter/submillimeter Array (known more simply as Alma), a radio-telescope comprising 66 anten­nae across 15.5sq km of a plateau 4,875m up in the Chilean Andes.

But this is not the only location in space where we may find alcohol when not expected…the same applies to astronaut missions….

Despite being deemed as ‘dry zones’, a limited amount of alcohol is reported to have been consumed in space by astronauts in the past, especially from the Russian side.

Russian astronauts were issued on the Mir space station with small amounts of cognac and vodka (see picture below of Russian space cognac from the National Space Centre). Russian doctors even encouraged drinking small amounts to relax and stimulate the immune system.

On the American side, apparently before Neil Armstrong took his famous first steps on the Moon in 1969, Buzz Aldrin sipped the first liquid ever consumed on the lunar surface – wine. This was part of a communion ceremony he performed as a way of giving thanks for a successful mission, however NASA chose not to share this information due to its religious nature.

“I poured the wine into the chalice our church had given me. In the one-sixth gravity of the moon the wine curled slowly and gracefully up the side of the cup.” Buzz Aldrin

Also the Skylab space station originally came with the option of adding alcoholic beverages to help boost crew morale. Sherry was the tipple of choice because its heavy alcohol and sugar content help to preserve it longer. The astronauts would be allowed four ounces every four days however this never actually happened after the negative reaction from the public and also as it did not test well on the zero-G flights.

NASA sponsored an experiment that studied microgravity’s effect on whisky and the charred oak wood that aids in the ageing process from September 2011 to September 2014. After nearly 1,000 days in space, the tannins in the whisky remained unchanged — but the space wood chips yielded higher concentrations of flavour-imparting lignin breakdown products.

This was for Ardbeg’s Islay scotch and in the process it became the first whisky to be shot into space when the distillery launched this experiment in 2011. It orbited the Earth on the ISS 15 times a day, traveling at 17,227 miles per hour. For the full report, see link below.

For reference: ‘The Impact of Micro-Gravity on the Release of Oak Extractives into Spirit’ by Dr. Bill Lumsden

“This observation has implications for not just the malt whisky industry, but those of the food and drinks industry in general. The difference in flavour between the ISS and control samples is so marked, that further analysis is needed to decipher the creation of the different flavors.” NASA

Some alcohol has been sent to space for experimental purposes. In 2015, Japanese giant Suntory shipped some of its whisky to the space station. It was part of an experiment aimed to monitor “development of mellowness in alcoholic beverages through the use of a microgravity environment”. In other words, the way booze ages in microgravity could be different, causing it to taste better, faster. Two groups of five whiskies were launched, one of which was on board the ISS for about 13 months, while the other was scheduled to remain there for two or more years.

That Boutique-y Gin Company sent every single botanical used to distill Moonshot Gin into near-space (over 24km) and exposed them to pressure one-hundredth of that of sea level. Once the ingredients returned to Earth, they were vacuum distilled at room temperature for freshness and smoothness. These included juniper, coriander, chamomile, lemon peel, cardamom, bitter orange peel, cinnamon, cubeb pepper, licorice root, angelica and moon rock.

The resulting gin is a juniper- and citrus oil-forward spirit with a bitter lemon and tangerine finish.

Not to be left behind, Ninkasi Brewing Company decided to launch brewer’s yeast into outer space and used it to make their signature Ground Control beer upon its return to Earth.

The complex stout is brewed with the space yeast, Oregon hazelnuts, star anise and cocoa nibs, and aged in ex-Old Forester bourbon barrels. 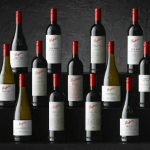 The World’s Most Admired Wine Brands 2019 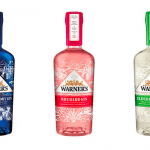