There are plenty of private label (‘own label’) scotch whisky manufacturers in Scotland and beyond, some which may even have their own distillery, whilst others may be independent bottlers, purchasing casks and bringing it together for their clients, such as supermarkets. Be it value-for-money, standard or premium, a full range of Bottled in Scotland products and ages can be made available to suit customer requirements, with Malt, Blended or Grain Scotch whiskies available.

Firstly, it is worth remembering that there have been three ‘golden eras’ of Scotch whisky with high demand from consumers:

Looking back, we know that the history of Scotch whisky is one of ‘boom and bust’, with the notorious whisky loch (i.e. over-supply of whisky available). One of the unintended consumer benefits in the 1980’s for example, was that there was some quality whiskies available as own-label, such as those from Glenmorangie PLC, until the company was acquired by LVMH in 2004, when it moved away from supermarket own-label as the company strategy was repositioned by the then new owners.

However, it is also fair to say that the quality of supermarket own label releases, whether from Tesco, Aldi (below), Costco, Lidl, Asda and other retailers, has improved greatly in recent years along with the range available. Aldi’s own-label Scotch whisky brands include the Highland Black and Highland Earl blended whisky and the Glen Marnoch single malt variants: 12-Year-Old and Rum Cask Finish Highland single malts and Speyside single malt.

Another example of this improvement in quality was the Tesco 12yo Finest Single Malt scotch whiskies produced by Whyte & Mackay a few years ago (Speyside and Highland), including the signature of its Master Blender Richard Paterson. This is a bit unusual as we cannot always identify the producer of the whisky by looking at the label, although there are exceptions. More often, we can only determine where it comes from—such as the Scotch whisky region — and details about age and maturation.

For reference – here is also a review of the Tesco 12yo Finest Highland Single Malt scotch whisky by No Nonsense Whisky on YouTube:

The most important thing to remember is whether or not you like the whisky!

On the business side, as well as established brands or customer design brands, the companies offering these services may also specialise in new brand development, to create bespoke, premium packaging designs on behalf of customers.

Most distillers in Scotland will sell whisky to be used in Own Label and/or Bulk whisky sales abroad, either direct as some of the examples below, as well as indirectly, via brokers, independent bottlers, etc.

Ian Macleod Distillers were one of the first to provide own-label spirit to supermarkets all over Europe and have done so for over 60 years (such as the Shieldaig brand) while simultaneously developing a well-regarded range of brands such as Isla of Skye and King Robert II.

Independent Bottlers and/or Agencies of Own Label 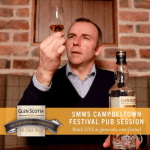 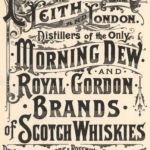