Almost anything can be brewed or fermented and some of these very unappealing alcoholic drinks can be found at the Disgusting Food Museum in Malmö, Sweden.

One such example is Brewdog’s End of History Beer with the beer bottle inside a stuffed animal. Only 12 bottles were originally made and each bottle came with its own certificate, presented in a stuffed stoat or grey squirrel. According to BrewDog, the striking packaging was created by a very talented taxidermist and all the animals used were road kill.

The End of History was the third extra-high ABV beer that BrewDog has released, out-boozing its previous efforts, Sink The Bismarck (41% ABV) and Tactical Nuclear Penguin (32% ABV). 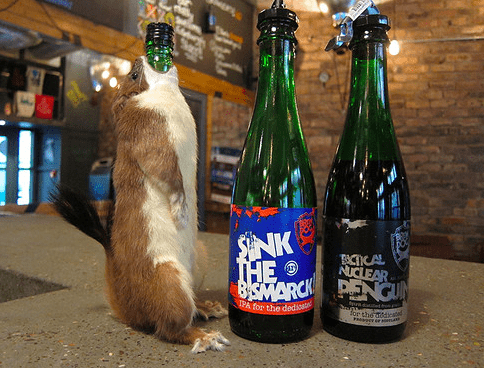 The small town of Borgarfjordur contributes to the collection with an Icelandic sheep dung smoked whale testicle beer, produced by Stedji Brewery. The beer is called Hvalur, and the brewery uses one testicle per batch and source the whale testicles from a company called Hvalur hf. This is the only Icelandic company allowed to hunt 150 pieces of fin whale every year.

Hvalur is brewed for the annual Thorri festival, in January and February (originally called Þorrablót) when locals celebrate ancient gods and eat the food their ancestors did such as rotten (fermented) shark, sour (cured) whale fat, ram’s testicles and the like. The Hvalur beer is designed to be paired with the Thorri feast and is popular among Icelanders during that time of year. 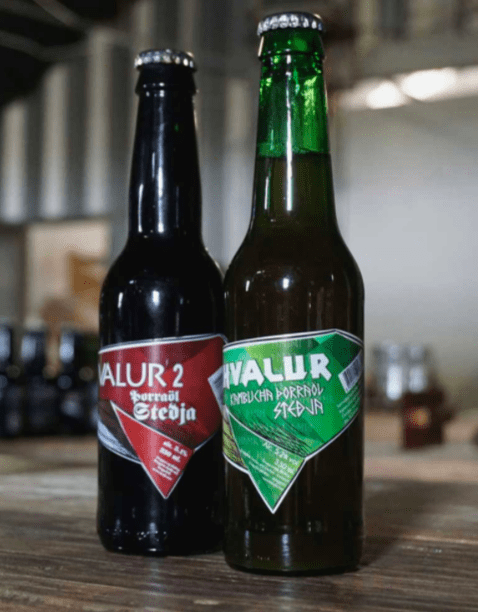 Another disgusting drink found at the museum exhibit includes South Korean Poo Wine. Apparently it is called Ttongsul (똥술 = Korean name for faeces wine) and this is a drink made from fermented human faeces and rice wine at 9% alcohol content. Vice correspondent Yuka Uchida reported on this product and spoke with a Korean medicine practitioner named Dr. Lee Chang Soo. The media outlet faced a backlash from Koreans questioning the validity of claims as reported of this product being a traditional Korean folk remedy drunk for lower back pain – either way, plenty of unusual drinks have been created throughout history and this may or may not be another one on the list.

More examples of disgusting drinks include those involving animals being fermented (or pickled in alcohol), such as Seagull Wine in the Arctic Circle. Inuits created it from a simple recipe: stuff a dead seagull into a bottle of water then leave in the sun to ferment for a while.

Other examples of animals and alcohol include Scorpion Vodka (pictured below), Scorpion Wine, Snake Wine which is popular apparently in Vietnam, Baby Mouse Wine (pictured below) that can be found in China, Cobra Wine, Lizard Wine, Salmon Vodka and many more. But for the full trifecta of disgusting animal related alcoholic drinks, look no further than the Three Penis Wine. Fermented with deer, dog, and seal penis, the spirit is supposed to increase male potency and virility… 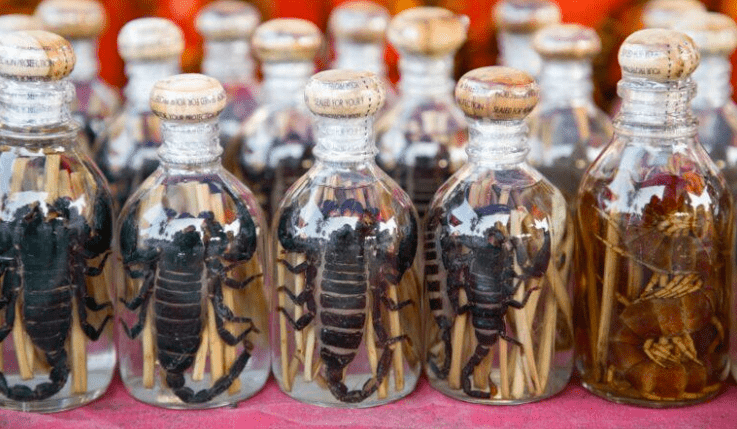 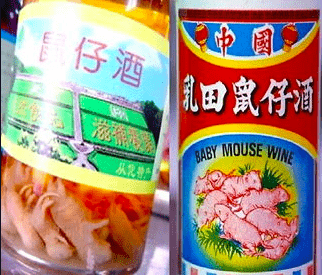 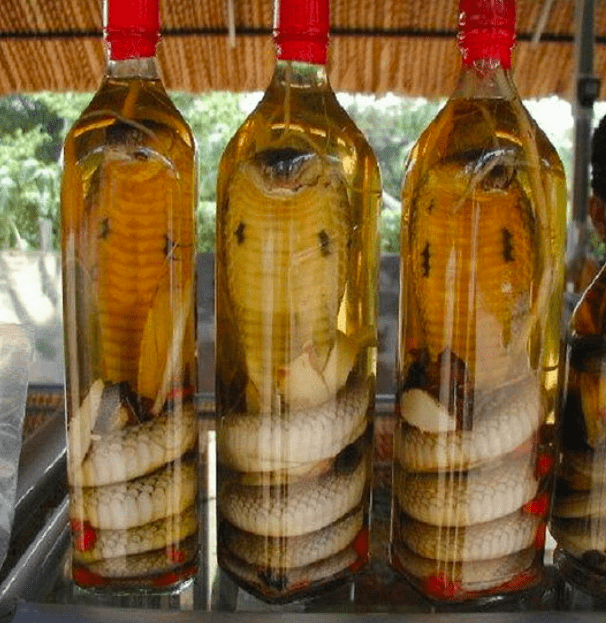 From New Zealand, we have Stag Semen Beer, a local stout brewed for their craft beer fest Beervana with a chocolate and roasty character apparently. 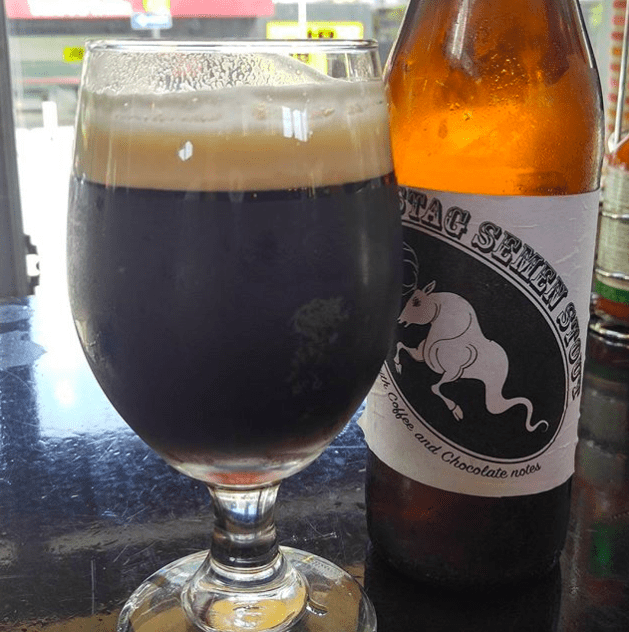 The Disgusting Food Museum also showcases Kumis, a horse wine from Mongolia. Made from fermented mare’s milk, it has both a strong odour and taste and it is consumed chilled.

Humans have also actively participated in the fermentation process of alcoholic drinks. Chicha is a corn beer from the Andes region in South America. This Peruvian beverage dates back to ancient Incan times. The first step in the traditional approach is for the fermentation process to start  by locals chewing the corn and spitting out the kernels into a shared depository. The resulting mass of saliva-enriched corn is then fermented into chicha. 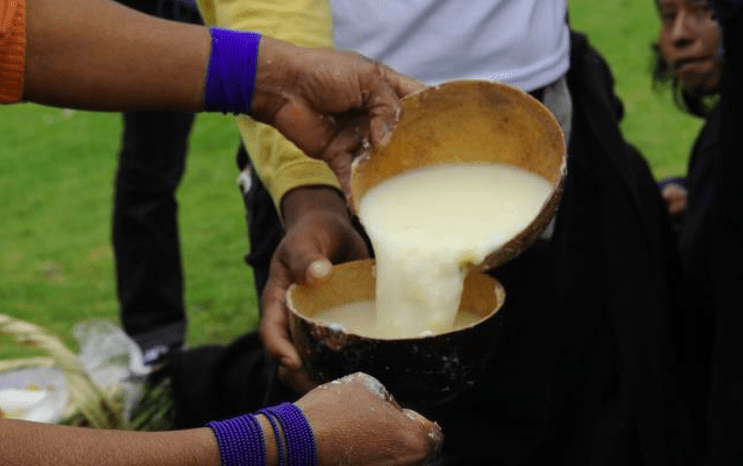 Another alcoholic drink made with the help of human spit comes from the rainforest of Peru, where locals chew yuca and spit the masticated root into jars for fermentation. The resulting alcoholic beverage is a local staple called masato.

Human Urine was the starting point of another disgusting drink. In 2010, James Gilpin made a series of personalised whiskies as part of his project, Family Whisky.  This was inspired by the fact that large amounts of sugar are excreted on a daily basis by diabetic patients, especially older people, who do not have adequate control of their sugar levels. James is an English Creative Director and artist who was inspired to create his own whisky after being diagnosed with Diabetes himself.

James started the process by cleaning the urine using the same techniques that are used for purifying water stock. Sugar molecules are large and will form crystals which can then be removed and purified separately.

This sugar was then added to the mash stock and used to accelerate the fermentation process. This was a sort of a cheat as traditionally the sugars would be made from the starch in the mash. After the brewing and distillation process, a clear alcohol spirit is produced and this distilate is then blended with traditional single malt whisky for colour and depth of flavour. Each bottle utilised different grades of processed diabetic urine and the patient’s last name was included on the label. The product is not for commercial sale but instead is free to sample as part of an art installation in evidence of the “biological resources that our elderly already process in abundance”. 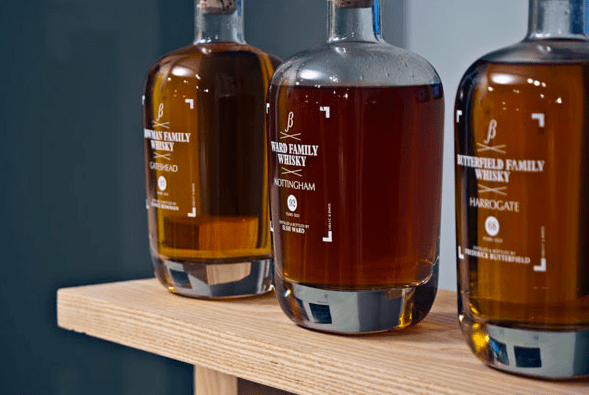 The Gilpin Family Urine Whisky even managed to appear in the comics….as referenced below. 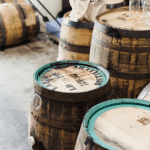 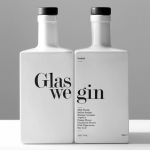