From the size of stills, to the oldest Scotch whisky distillery and the number of visitors, I have tried to bring some of the facts and figures to the fore and invite contributions from those reading the Inside the Cask blog post to challenge and update the information shared here….

Distiller Glenmorangie has what is said to be Scotland’s tallest whisky still (pictured above) at its premises in Tain, Ross-shire. The 5.14m or 16.10 ft. high swan-necked copper still type is claimed to be dated back to William Matheson’s decision to buy second-hand gin stills instead of the traditional onion-shaped whisky pots. The company says that the height of the stills helps to banish harsh flavours before maturation. The Macallan’s spirit stills, on the other hand, have short necks, which lead to a heavier final product.

The length of the pot still neck determines the degree of condensation, or reflux. According to Greg from Great Drams whisky blog, “the taller the still the more condensation occurs, because denser, oilier flavour compounds have a higher boiling point than their lighter counterparts and as they rise up the still, the temperature decreases, and they condense and drop back into the boil pot, known as the base.”

From the SMWS’ Unfiltered magazine: “In principle, the higher the still, the higher the strength of the alcohol that you can deliver at the maximum point, albeit with upper limitations for a pot still,” says Dr Harry Riffkin, owner and managing director of whisky analysts Tatlock & Thomson.”

“A short dumpy still, even on the spirit side, will have a maximum alcohol concentration that you can deliver. A tall one will have a slightly higher in-safe strength and will also allow you, on the spirit side, to distil on quite a bit further without bringing in the ‘feinty’ aromas. A tall spirit still would let you run on spirit for considerably longer than a short one would.”

SMALLEST STILLS: THE MACALLAN, KILCHOMAN OR ANOTHER DISTILLERY?

There is no one source of data for the size of stills in Scotland’s whisky distilleries that I could find, so I am inviting contributions from readers of the blog. For example, The Macallan distillery is known to whisky enthusiasts the world over for its curiously small stills, apparently less than 4m tall.

Kilchoman Distillery is another candidate for the smallest still in Scotch whisky production as they use a 2070 liter still with a relatively tall, narrow neck. This is remarkably small compared to some distilleries which are home to pot stills over ten times the size.

Littlemill distillery was established in 1772, by Archibald Buchanan of Glasgow, following the acquisition of the Auchentorlie estate. It sits on the site of an old brewery, dating back to the 14th century, in the village of Bowling on the banks of the River Clyde, just outside of Glasgow.

A recent study uncovered local Justice of the Peace records in Dumbarton (pictured below), dated November 2, 1773, which stated that “Robert Muir of Littlemill” had been granted the first ever license by the government of King George III to “retail ale, beer, and other excisable Liquors.”

This predates other Scotch whisky distilleries such as Glenturret (1775), Bowmore (1779), Glen Garioch (1785) and Strathisla (1786). Strathisla Distillery is in fact the oldest continuously operating distillery.

Glenturret is Scotland’s oldest working whisky distillery. It was apparently illegally operated by smugglers as early as the beginning of the 18thCentury, but it received an official license to produce and sell whisky in 1775 by John and Hugh Drummond. US Prohibition meant that it was mothballed from 1921 until 1959 and the distillery has been known as the home of The Famous Grouse brand.

MOST VISITED SCOTCH WHISKY DISTILLERY…AND THE WINNER IS…

The Scotch Whisky Experience in Edinburgh, situated close to Edinburgh Castle, has the highest number of visitors for a location linked to Scotch whisky with a reported 386,876 visitors in 2018. This should be expected as Scotland’s capital is the 2nd most visited city in the UK, attracting over 2 million international visitors every year.

According to a survey by the Association of Leading Visitor Attractions (ALVA), Scotch whisky distilleries are collectively the third most-visited attraction in Scotland behind the National Museum of Scotland and Edinburgh Castle.

Interestingly, distilleries in Scotland only started to allow visitors just over fifty years ago, when William Grant & Sons opened the doors to Glenfiddich distillery, inviting the public in and creating the industry’s first ever visitor centre in 1969 (pictured below).

It took until the early 1980s for the Glenturret Distillery to open up a visitor centre, this was only the second distillery in Scotland to do so – note that the distillery and brand were recently sold to the Lalique Group in 2019 by Edrington (owner of The Famous Grouse brand).

Glenkinchie Distillery was until recently the closest malt distillery in operation to Edinburgh, and the number of tourists that visited its premises near Pencaitland are reported at over 38,000 people.

Diageo’s most popular Scotch distillery in 2018 was Blair Athol in Perthshire, which welcomed 87,000 visitors. The table below shows the visitor number across Diageo’s 12 distillery visitor centres from 2008 to 2017.

Katie Waugh, Diageo’s visitor centre marketing manager, says: “As the country’s lead export, Scotch whisky is one of the biggest magnets for tourism, and we’re continuing to grow visitor numbers from around the world.”

“In the year between June 2017 and June 2018 we had more than 460,000 visitors to our 12 distillery visitor centres in Scotland, with the summer months proving the most popular. This is the highest number of distillery visitors we have had in a year to date.” Katie Waugh, Diageo

Isle of Harris distillery in the Outer Hebrides is pushing to try and eclipse Blair Athol. Its visitor centre opened in September 2015 and their target of 45,000 visitors was reached the following year. By December 2018, it was on course to reach 90,000 visitors in 2018, albeit it is mainly known for its gin product.

If I had to guess, I would suggest that the most visited Scotch whisky distillery in Scotland currently would be the Glenfiddich Distillery, however I have not been able to find the data to substantiate that claim.

“The growing number of visitors to distilleries reflects in part the growth in tourism in Scotland in general, and people coming to Scotland want to see our local crafts and sample our local food and drink.” Karen Betts, Scotch Whisky Association Chief Executive

“But it also reflects a growing curiosity about Scotch Whisky.  Today’s consumers want to understand and experience how their favourite blends and malts are made, to meet the people who make them, and to see which part of Scotland’s beautiful landscape they call home.”

Click here for Map of Scotch Whisky Distilleries by the SWA 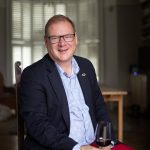