A time to say goodbye…and an exciting new opportunity

Extract from the trade press release:

William Grant & Sons has announced that their Regional Director for Europe Travel Retail, André de Almeida, has decided to leave the business at the end of July.

Ed Cottrell, Managing Director for GTR at William Grant & Sons said: “André joined us from The Edrington Group four years ago and has led the GTR Europe region since then, building strong relationships with his customers. Under his tenure the Europe GTR business for William Grant & Sons has increased significantly. On behalf of William Grant & Sons, I would like to express our sincere thanks for his contribution and to wish him the very best in the future.”

I am happy to confirm that I will be taking up the position of Managing Director for Global Travel Retail at the Loch Lomond Group with the clear remit of developing the overall business and strategy for growth in the channel.

I have thoroughly enjoyed my time at the company and have met many colleagues and made many friends along the way. I will always consider myself to be part of the William Grants’ extended family. Below a picture of some of them… 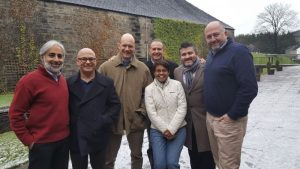 The Loch Lomond Group is an independent distiller and blender of some of the finest and rarest Scotch whiskies in the world with one of the oldest heritage in the industry, a history dating back to at least 1772 with the founding of the Littlemill distillery. 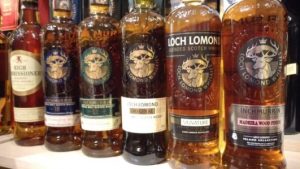 Their Scotch whisky portfolio also includes the Loch Lomond single malt, which is distilled and matured on the ‘ bonnie banks’, and Glen Scotia, a Campbeltown malt from the Victorian ‘whisky capital of the world’, as well as several high quality blends. Each is a fine example of its region and style, redolent of the landscape and history which has shaped Scotland ’s unique spirit. See the website for Loch Lomond Group and the video below for more information.

Note: All views on this post are my own and may not necessarily reflect the views of my employer or future employer. Others quoted on this post were used for context only.

This blog was originally published in June 2016 on LinkedIn 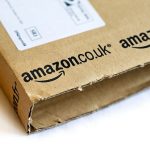 Duty Free Shopping in the Age of the Shopper and Amazon 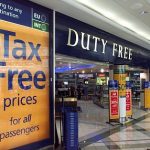