Bargain hunting and the value perception of Duty Free

Shopping in Duty Free – or Travel Retail, as it is called by the trade – remains popular globally as travellers look for bargains and gifts whilst travelling, whether for leisure or work reasons. This shopping ritual is as much a part of the travelling experience as worrying about losing your passport or the queueing for the security check.

However the rise of online eCommerce, increased visibility of information such as pricing across different channels and markets, and the lack of consistency of operations across Duty Free locations means that the consumer value perception (i.e. the worth that a product has in the mind of the consumer) is being actively eroded.

Note that I have written on a related topic previously on this blog on LinkedIn: Duty Free Shopping in the Age of the Shopper and Amazon and also available within the Inside the Cask blog.

The importance of consumer value perception is paramount to the retailers and operators of duty free, as otherwise the risk is that it no longer becomes part of the repertoire of travellers worldwide. The sell-out price of products across a wide basket of products are benchmarked against the local high street (i.e. the domestic market in which they are competing against) and more often than not, the online retailers, such as Amazon, are the number one challengers and main reason for the erosion of the consumer value perception.

The local media (at least in the UK) also seem determined to find a way to undermine this position, in their desire to act as the consumer’s champion or to drive a consumer affairs angle to a story, even if sometimes they highlight anomalies and exceptions where Duty Free prices may be more expensive rather than the norm. Typically, the duty free retailers will aim to have a saving against the local high street and ideally to show as a minimum a 20% saving in order to offer the consumer an enticement to purchase.

This means that most people can still pick up a great deal at Duty Free – either by being able to purchase a product at a lower price and/or by being able to access products not available elsewhere in the domestic market.

Spirits (or Liquor) remains one of the most popular and frequently purchased categories within Duty Free, usually in the Top 3 categories most purchased.

But can I still say that “I’ve got myself a deal” in Duty Free? Is there a saving to be made by shopping whilst travelling? Below is an actual example of three liquor products available both in Duty Free (London Heathrow airport) and the UK high street: Jack Daniel’s Original American whiskey, Johnnie Walker Black Label Scotch whisky and Glenfiddich 18yo single malt Scotch whisky.

Another key factor to access savings when travelling relate to currency fluctuations. At the moment for example, consumers travelling to the UK can take advantage of a weaker British Pound Sterling.

Note that if duty free exclusive products are seen available in a domestic market outlet (such as an online shop) than it is likely that this has been purchased in the open market or via duty free retailers rather than directly from the producer of the product, and the stock available may be limited.

In general, as a rule of thumb, travelling long haul is more likely to give consumers access to better price offers, such as travellers going from the USA to other countries or travelling from Europe to outside of the region. Some locations worldwide also have arrival stores with generous allowances (DUFRY stores in Brazil, such as Sao Paulo and Rio de Janeiro for those going to the Olympics, are one such example) and it is worth checking the details in advance. Travelling further afield will also allow you to take advantage of Duty Free retailer specific offers, promotional programmes and range of products from outside of your usual travel locations.

Two such examples are the Whisky Festival by World Duty Free (now part of DUFRY) and the Dubai Duty Free annual Anniversary celebrations.

The Whisky Festival at World Duty Free/ DUFRY locations offer enhanced value savings through promotional offers, increased number of exclusive Duty Free products to trial and purchase, all of which supported by expert advice and tastings. Timing of the event varies every year but consumers can sign up to the retailer in order to be kept informed of special deals and events such as this one.

Dubai Duty Free has a special event run annually for one day only to celebrate their anniversary and this year for example this is taking place on Tuesday 20th December 2016. On this day, it extends a special 25% off discount on all products to travellers for a 24 hour period only. As Dubai Airport is used as a hub airport for Emirates Airlines, it may be worth considering travelling through it especially if looking for a high value item to purchase. For more details, click here.

Last years anniversary recorded a total says of Dhs178.5 Million (US$48.5 Million) when the operation extended the annual celebration beyond the one day due to high passenger traffic expected over the pre-Christmas holiday weekend.

Finally, if the special offers, promotional programme and Duty Free exclusive products are not enough to entice travellers to purchase products, some retailers will even give them the opportunity to win some serious cash prizes.

Be a Changi Millionare by Singapore Changi Airport, returned for the seventh edition this year running from May until October 2016. This activity gives travellers the chance to win S$1,000,000 by shopping or dining at the airport when spending a minimum of $50* in a single receipt.

Best advice to bag a bargain and find yourself a deal is to sign up to the duty free retailer mailing list, look out for special offers and exclusive products and compare to what is available online and at your local high street prior to your next travel! 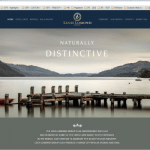 A time to say goodbye…and an exciting new opportunity 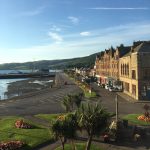