Edinburgh’s Holyrood Distillery is set to introduce two ‘Strong Waters’ into the UK market. Launching in April 2022, the new varieties, named Charmed Circle and with an RRP of £34.99, are the result of Holyrood’s experimentation with heritage barleys and their progressive approach to spirit-making.

Fuelled by a passion for Edinburgh’s brewing past and the land that surrounds the distillery, Nick Ravenhall and Marc Watson set about trialling some of the UK’s most famed barley varieties, as well as digging deep to explore the very water that is found under the city.

Drawing on Scotland’s native drinking culture around white spirits, Holyrood has categorised these spirits as ‘Strong Waters’ which is an archaic name, usually referring to any alcoholic liquids that were not being set aside as aqua vitae.

For centuries distillers have focused on a barley’s efficiency rather than its flavour, and as a result so many of Britain’s most popular barleys have been abandoned over time in favour of higher yielding varieties. By examining other properties and potential of heritage barley varieties such as Golden Promise and Chevalier, Holyrood’s team soon discovered the innate and powerful flavours, textures and aromas they could produce.

Holyrood distilled these barleys as part of their signature single malt new make and then blended them with neutral grain spirit, intensifying the flavours of the barleys, whilst also developing their richness and mouthfeel, creating texture in the resulting spirits. These innovative liquids aim to bring flavour back to the white spirit sector, to be enjoyed neat and in longer mixed drinks.

While Scotland’s capital has an established brewing history, not many modern spirit makers are utilising the city’s terroir and high-quality water supply that once powered brewing in the city. The very name of the new Strong Waters refers to a collection of wells situated around Arthur’s Seat. Known as the ‘Charmed Circle,’ this cluster of wells supplied the flourishing brewing community the city once held, with some of the wells and water aquifer still in use underneath the distillery today.

Heritage barley connects the liquid with the land in the same way as wine relates to its terroir. The two expressions reveal interesting facets of the cityscape, the brewers that came before and the season in which they were developed. The Golden Promise is a classic British spring barley variety that was the dominant variety in Scotland during the 1970s, whilst Chevalier also dominated the English brewing crop for around 60 years. Holyrood aims to bring these barleys back to their former glory, highlighting barley as a key flavour component in white spirit making.

Holyrood’s spirit making ethos remains the same, to share their making journey, inspired by the city which makes them as a team and the liquids they produce. 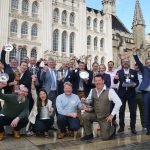 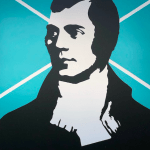 How Well Do You Really Know Scotland?