Colonsay Beverages, the company behind the international award-winning Wild Island Botanic Gin, has announced the first of its ‘Single Distillery Vintages’ under its Scotch whisky label – The Scalasaig ‘Island Hopper’ with a 2013 Tobermory edition.

The Single Distillery Vintages represent ‘parcels’ of casks from a particular batch, distilled and filled at a sole distillery, typically vatted and finished in some of the company’s industry leading high quality sherry casks.

Four casks (numbers 12058, 12059, 12060, 12061) all distilled and filled at Tobermory on the same day on the Isle of Mull in 2013 make up the first limited edition. The casks were selected and married together prior to being filled, into the same sherry hogsheads in which the brand’s inaugural Blended Malt was matured, for an 18 month ‘finishing’ period.

Director, Keith Bonnington notes: “We launched our Blended Malt right at the start of the pandemic so we haven’t been able to get out to our markets anywhere near as much as we had planned. That said, the response to the Scalasaig brand and the quality of the liquid has been really encouraging and we expect our Single Distillery Vintages and Single Cask releases to build even further consumer interest.”

Named after the little Hebridean port village on the Isle of Colonsay where the company has its Wild Island Distillery and former brewery, Scalasaig ‘Island Hopper’ Scotch Whisky will explore the best of Scotland’s island and coastal distilleries for future bottlings and Bonnington points out that the year ahead is looking exciting.

“We have built up our inventory of casks from a number of island distilleries to explore the different elements of these whiskies – some are heavily peated, some aren’t peated at all. Some offer big savoury maritime notes and others are fresh, sweet and light. This is the beauty of island Scotch Whisky – you’ll never find two exactly the same”. Keith Bonnington

The brand’s stunning livery is a collaboration between Colonsay Beverages and Isle of Skye-based artist Peter McDermott which Bonnington hopes will become collectible as a series.

“We start with what’s inside the bottle and then work closely with Peter to come up with the aesthetic based on location and style. The Tobermory edition is non-peated, sweet and comparatively light so we have reflected that in the scene – our ‘Island Hopper’ sailboat anchored in the serene fair weather setting of Tobermory bay.”

“Given some of the more powerful, intensely flavoured casks lined up for bottling, you can expect less calm conditions for our boat on future labels.”

Scalasaig’s ‘Island Hopper’ Single Distillery Vintage Tobermory 2013 is bottled at 46.5% volume, non-chill-filtered and at natural colour. It is available now through select retailers such as Lockett Bros with a recommended retail price of £67.00 per bottle and only 1,450 bottles have been produced.

Finish: Good length for its age. There are savoury maritime elements present but fresh and light sweetness lingers. 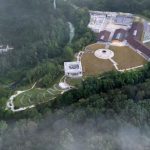 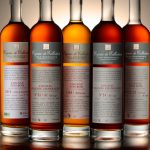