A time to say goodbye from Duty Free…

André de Almeida to leave his role and join a new project after almost 5 years at the Loch Lomond Group.

I can confirm that I will be leaving the company on the 16th April to take up a new role outside of the Global Travel Retail (GTR) channel. More details to be released in the new few weeks.

Looking back, I originally joined the company in late August 2016 and was responsible for developing the strategy and presence of the Loch Lomond Group brands in the global travel retail channel.

“The last few years have been an absolute privilege, bringing scotch whisky brands such as Loch Lomond and Glen Scotia into the GTR channel.”

“I look forward to my new challenge but will be leaving Loch Lomond Group with a heavy heart as I have thoroughly enjoyed my time at the company working with some wonderful people.” 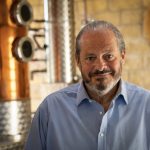 An Inside the Cask chat with…Dan Szor 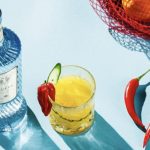