The 158th Speaker of the House of Commons, Sir Lindsay Hoyle, is celebrating the 150th anniversary of the Palace of Westminster with the launch of a limited-edition single malt whisky.

Named ‘Point of Order’ after the appeals that are made to the Speaker for clarification or a ruling on a matter of procedure in the House of Commons, this unique single malt retails at £200 with only 150 bottles available and is for sale from the House of Commons shop online and other gift shops on the estate.

It was a century and a half since rebuilding work was completed on the iconic Palace of Westminster building, following a devastating fire in 1834.

To celebrate this milestone, Sir Lindsay Hoyle, the 158th Speaker of the House of Commons, has selected ‘Point of Order’ – a 23-year-old scotch – with the help of Chief Whips from the four main political parties.

Artfully matured in a traditional European oak Sherry cask by Murray McDavid, the single malt was created at the Glentauchers Distillery, which has been producing whisky in the Highlands since the late 1800s. 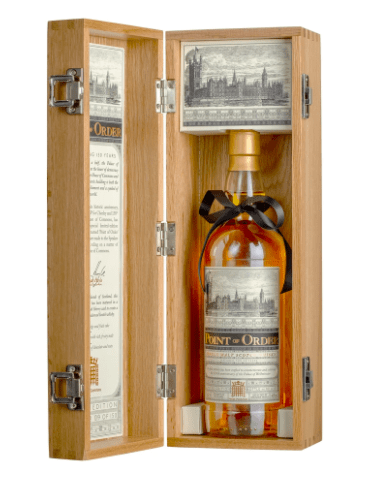 A beautifully balanced whisky with aromas of vanilla fudge and fruit cake, ‘Point of Order’ boasts sweet spices on the palate and a finish of chocolate and nuts.

Sir Lindsay said the special edition whisky would make ‘a very special gift for someone who loves the Palace of Westminster’.

“To commemorate our 150th anniversary, there are only 150 bottles available of this limited-edition single malt, which whisky-lovers can bring out on special occasions or keep as an investment for the future” Sir Lindsay Hoyle

“I am very proud to be celebrating this moment in time with the launch of this magnificent whisky.”

The whisky can be purchased from the Houses of Parliament Shop by clicking on this link.

The new and exclusive whisky will also be available online alongside other products including: Speaker Hoyle’s Select whisky, House of Commons Churchill’s Port and House of Commons Dry London Gin. 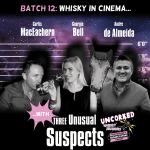 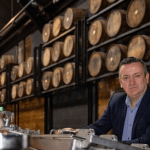