One brand is not enough: Drinks & James Bond

007 is no stranger to product placement in his films – since its launch in 1962, James Bond films have had a strong association with brands and quite a few of those were drinks. Brands seen in the British spy movies include amongst others: Moet & Chandon, Dom Perignon, Bollinger, ABSOLUT vodka, Smirnoff and more recently Heineken and The Macallan.

“I take a ridiculous pleasure in what I eat and drink.” James Bond

This is simply a form of brand marketing or product promotion to help cover production costs by the studio. The product is visible, though often not the focus, and it fits almost seamlessly into the context.

Ian Fleming’s fictional British secret service agent is known worldwide for his catchphrase ‘Shaken, not stirred’, so it should be no surprise that there has been so many vodka brands associated with 007 through the years, given the saying is linked to a vodka martini.

The phrase first appears in the novel Diamonds Are Forever (1956), though Bond himself does not actually say it until Dr. No (1958), where his exact words are ‘shaken and not stirred’. In the movies, the phrase is not uttered by Bond himself (played by Scottish actor Sean Connery) until Goldfinger (1964). Vodka brands appearing in Bond films include ABSOLUT, Belvedere, Finlandia, Smirnoff, Stolichnaya, Wolfschmidt.

James Bond enjoys a few glasses of champagne in quite a few of his films and the champagne brands seen include: Bollinger, Dom Perignon, Krug, Moet & Chandon, Pommery, Taittinger, Veuve Clicquot. He is also not avert to wines, such as Château Angélus and Château Mouton Rothschild (Bordeaux).

In Casino Royale (2006), James Bond orders a large Mount Gay rum with soda at the bar. Another drinks category represented in the 007 movies is Cognac, through Courvoisier and Hennessy, with Gin also involved through Gordon’s and Beefeater.

In total, James Bond consumes 317 drinks in the books (novels and short stories), compared to 122 on screen. 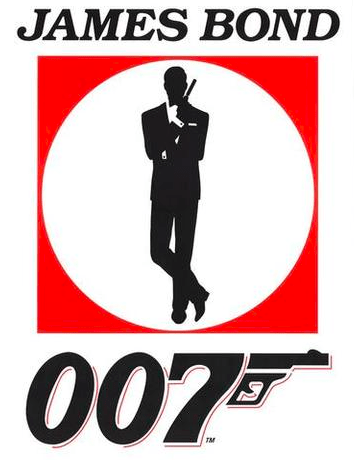 There have been a few beer brands present since Red Stripe in Dr. No (1962) such as Altenmünster, Budweiser, Lowenbrau, Heineken.

The agency Hollywood Branded has created a James Bond film timeline infographic below which showcases the sheer number of brands associating themselves with 007. 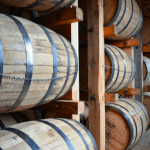 Whisky for a Good Cause: The NSIF Christmas Auction 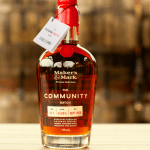