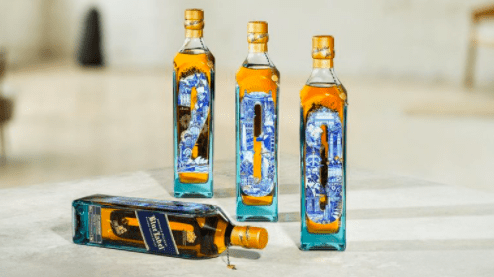 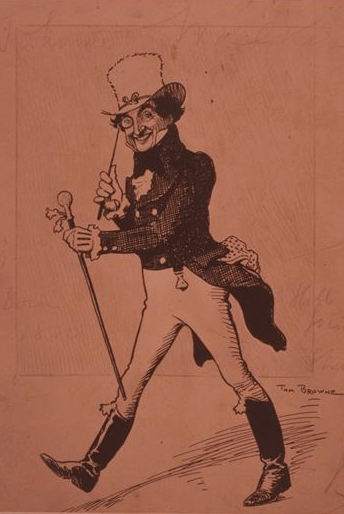 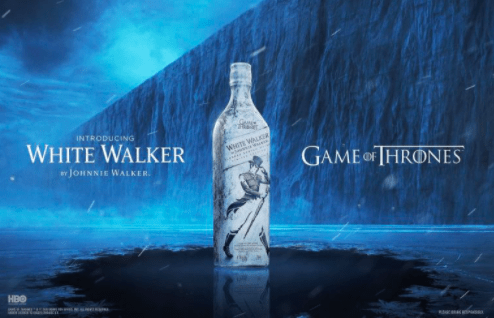 “Celebrating the 200th anniversary of the Johnnie Walker journey is such a proud moment for us all. The company was pioneered by three generations of the Walker family and those who followed in their footsteps, and the business continues to embrace their distinctive spirit.” Christine McCafferty, Diageo Archive Manager

“In looking back and celebrating the first steps John Walker took when he founded the business, we are inspired to look forward to the next 200 years as we honour the legacy of John and his family’s achievements and open the door to new possibilities in Scotch for Johnnie Walker.”

Global Brand Director Julie Bramham (pictured below) has also recently been reflecting on the critical and consistent themes that have driven the brand’s phenomenal growth, and these are the framework that she believes will be the bedrock for Johnnie Walker’s future. 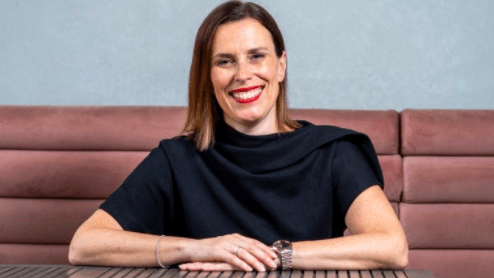 “In 1887 Alexander Walker said ‘we are determined to make our whisky, so far as quality is concerned of such a standard that nothing in the market shall come before it’.

This unrelenting commitment to quality is at the core of Johnnie Walker’s success. At the heart of a brand that can be found in virtually every country around the world is a small team of 12 expert blenders. Our blenders have curiosity in their veins and a commitment to the highest quality liquids in their hearts. At any one time, there are hundreds of experiments taking place, exploring a wide range of innovative flavours and influences, distillation conditions, cask finishes, and the different types of oak wood and grain used.

Our blenders past and present have produced liquids that have been awarded a Royal Warrant by King George V in 1934 and each successive monarch since, taking us to today where all six Johnnie Walker variants received gold at this year’s International Spirits Challenge. As we build the brand for the future, our commitment to the highest quality liquids, packaging and innovation will be unwavering. 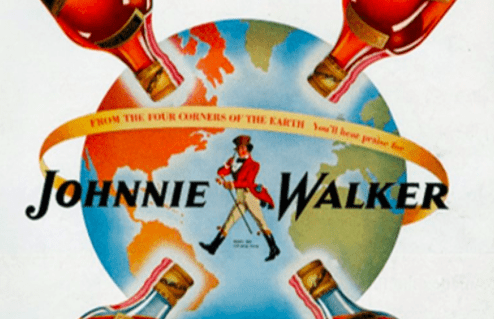 Innovation at its heart

Johnnie Walker has been innovative from the start. John Walker created a blended whisky at a time when this was rare and new, packaged the liquid in square bottles when he realised that round bottles broke at sea and created slanting labels to stand out from competitors.

Innovation continues to be a critical driver of how we build the brand, and we have had success with new liquids, Double Black, Sherry Cask Finish and our limited-edition Blender’s Batch series. In July we announced the creation of the world’s first ever 100% plastic free paper-based spirits bottle (pictured below) – made entirely from sustainably sourced wood that will debut in early 2021. As we move forwards, we know we cannot stand still. The innovative and entrepreneurial approach that launched the brand must sustain, and we will continue to push the boundaries of flavour innovation to create whiskies and serves that thrill your senses, packaging that’s better for the planet and experiences that are second to none. 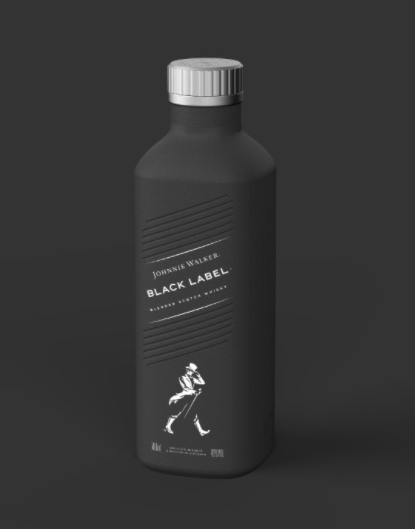 The spirit of progress is at the heart of Johnnie Walker – from the icon of the Striding Man, to the message Keep Walking. Our brand icon is in motion, full of momentum and leading the way. This value of progress has paved the way for great storytelling from Keep Walking Brazil, Ode to Lesvos and Without Walls. Some of the early brand advertising in the 1960’s was truly progressive in portrayal for advertising at the time. And the value of progress has opened doors for us to forge cultural partnerships that capture the zeitgeist from Blade Runner to Game of Thrones. And the value of progress inspires us to continue to raise the bar on consumer experiences.

We are currently building a ground-breaking new flagship visitor experience on Princes Street at the heart of Edinburgh – eight epic floors, two world class bars and one spectacular roof terrace that will create an unforgettable whisky experience. Johnnie Walker Princes Street and some big brand initiatives in the pipeline will be part of how we will pave the way for the next 200 years. As the Johnnie Walker MD in 1908 James Walker said, ‘we are a progressive company’, and we have no intention of changing.

There is much of the Johnnie Walker story that we can connect to at this moment in time. Johnnie Walker story is a story of relentless endeavour in the face of adversity. It’s not just a story of business success, but also of business survival. From its early years the business persevered through the great flood of Kilmarnock in 1852; the early death of two generations of its business leaders; exceptional volatility in its first export markets; the First World War, Spanish Flu, Prohibition, and the Great Depression (all within fifteen years); the Second World War and the long and painful road to economic recovery that followed; the Oil Crisis and the global and national recessions that trailed in its wake; and the Great recession of 2007-2009.

Johnnie Walker demonstrated resilience, and came back stronger each time. From around a million and a half cases in 1924, to only seven hundred and fifty thousand cases in 1945, to a million in 1955, to ten million in 1975, and twenty million in 2016. The resilience of the brand is a remarkable tribute to that stubborn determination, and self-belief, that has been present since its earliest days.

Everyone who works on Johnnie Walker wants to leave it stronger than they found it, and as the years go on, and the bar is raised higher. So, as I embark on my own Johnnie Walker journey, I will be guided by that enduring 200 year strategy – a commitment to quality, innovation and the consistent value of progress.

“Earlier I quoted our 1908 Johnnie Walker MD, and as look to the next 200 years it feels apt to revisit the advertising slogan that made him famous – ‘Born in 1820 – still going strong’.” Julie Bramham

This year and into 2021, Johnnie Walker will be marking this incredible milestone with a series of cultural events, exclusive limited-edition product releases and the opening of a new multi-sensory, immersive Johnnie Walker visitor experience in Edinburgh. 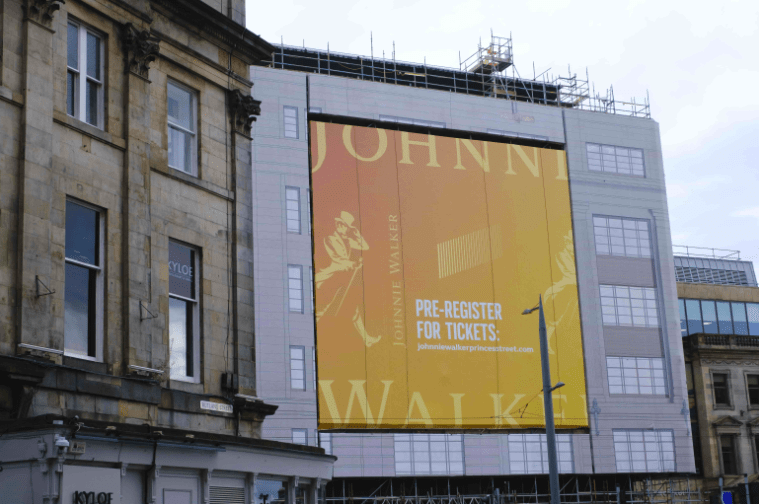 The new Johnnie Walker experience, which is part of a wider £185 million Diageo investment into Scotch whisky tourism, will guide visitors through the 200-year history of Johnnie Walker and take them on a journey through the flavours of Scotland. Rooftop bars will provide visitors with stunning views of Edinburgh Castle and across the city skyline.

Johnnie Walker also welcomed the release of four exclusive new Johnnie Walker limited editions hitting shelves globally. Each exclusive release – a new bottle design and three newly crafted whiskies – is a celebration of the incredible journey, pioneering spirit and dedication to quality that was started by John back in those early days.

Next month, the Discovery Channel will air a feature documentary directed by Oscar-nominated filmmaker Anthony Wonke exploring what has led Johnnie Walker to become an icon in popular culture.

Also, Canongate Books have recently announced the publication of A Long Stride by Nicholas Morgan, a book charting the remarkable story of how Johnnie Walker became the world’s number one Scotch (below I am holding my own copy of the book). 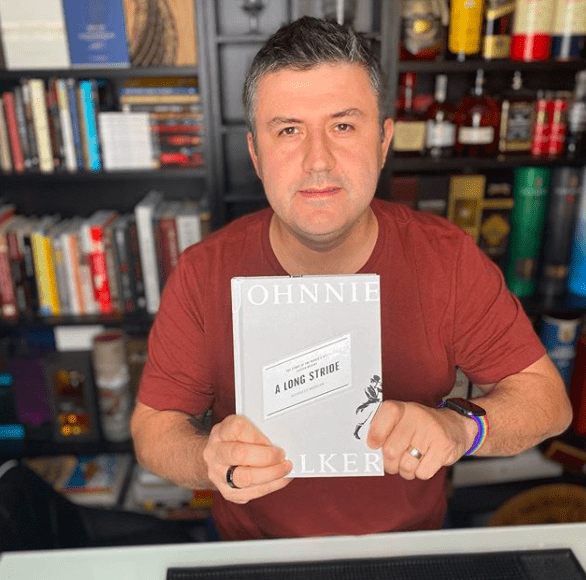 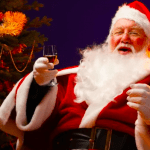 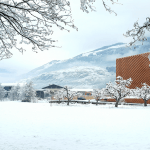 One to Watch Out for: Puni Distillery in Italy