Tasmanian Whisky Week is celebrated during August every year but its whisky industry got started back only as recently as in 1992 when a man by the name of Bill Lark began distilling whisky out of his home kitchen in the city of Hobart, the capital of the island estate of Tasmania in Australia. Since then, the industry has flourished, with many other distilleries popping up around Tasmania and the name of Lark now forever synonymous with Tasmanian whisky.

However, distilling whisky in Tasmania dates back to 1822 when Thomas Haigh Midwood set up the first legal distillery. The industry grew quickly and within two years there were around 16 active distilleries in the then colony of Van Diemen’s Land prior to the distilling of whisky being completely banned in 1838 by virtue of decree by the governor due to excessive imbibing and consequential social disorder (at least in the opinion of his wife). This was passed by the Legislative Council on 14th November 1838 to take effect on 1st January of the following year.

“I wonder why there isn’t anyone making malt whisky in Tasmania?” Bill Lark

It took 154 years before distillation could start again and in the early 1990’s a small group of Tasmanian “whisky pioneers”, led by Bill Lark, began lobbying the government to overturn the rules in relation to the size of stills which were considered legal. In 1992, Bill Lark was granted Tasmania’s first General Distiller’s licence under the Commonwealth’s Distillation Act 1901. Over the next few decades, other Tasmanians started distilling whisky also and the industry is flourishing once again in the island. 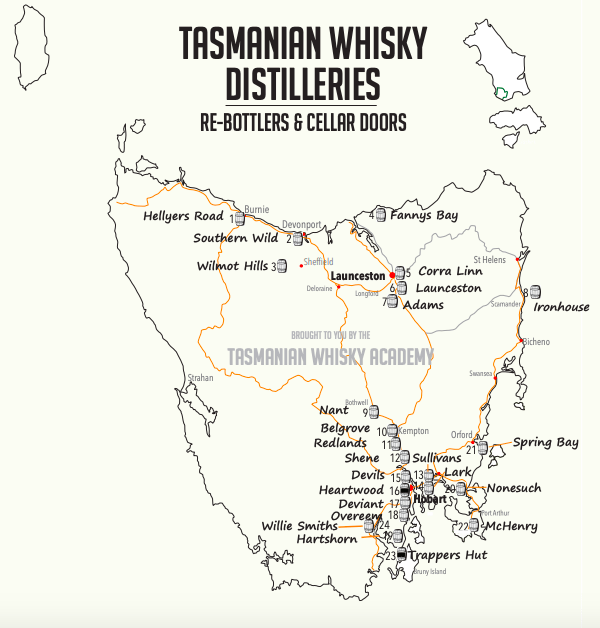 The Tasmanian Whisky Map pictured above was provided courtesy of Anne Gigney and her team at the Tasmanian Whisky Academy.  Here is a copy of the file including links to each distillery (as can be seen below): tas-distilleries-map-by-tas-whisky-academy. 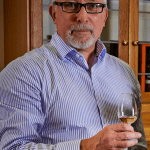 An Inside the Cask chat with…Ron Welsh 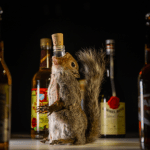