Having a dram with…Lady of the Glen

Lady of the Glen is the Independent Bottler brand name of Hannah Whisky Merchants. I was invited recently to join them and a few other lucky people to sample some of their single cask releases, now available for pre-order on the Lady of the Glen website. 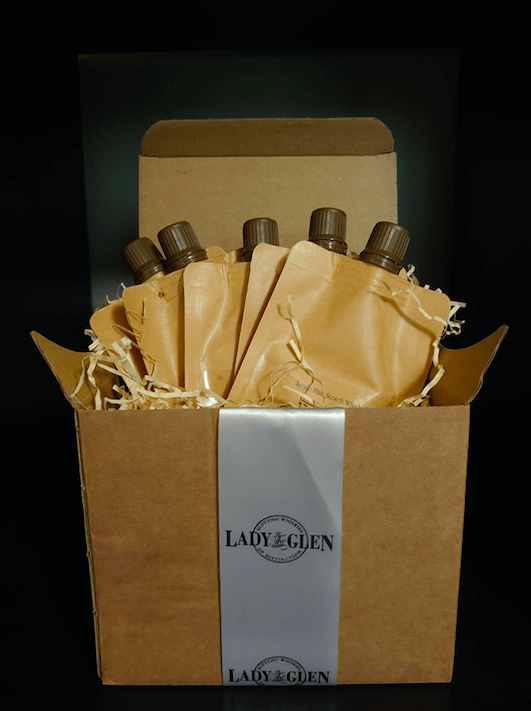 Since launching Lady of the Glen in 2012, Gregor Hannah is proud to have delivered over 1000 bottles of exceptional whisky worldwide. He is also the director of Hannah Whisky Merchants.

“I believe the role of a good independent bottler is not just to release a cask unless it’s really, really high-quality. You do want to take the casks and put your own character on it. You want to finish it or rerack it, to produce something that is truly unique because that’s the beauty of independent bottling.” Gregor Hannah

“When I was first releasing casks the focus was on age and quality. However, in the past few years I’ve been more concerned with learning about oak and the different styles of whisky that can be made available – in line with this I’ve completed the masters in Brewing and Distilling at Heriot Watt and I’ve developed deeper relationships with bodegas and vineyards in Europe to source unique oak casks directly.”

At the virtual whisky tasting, Gregor was joined by Paul Mckendrick (pictured below) and Grace Fenwick, both of which have joined the company recently in 2020. 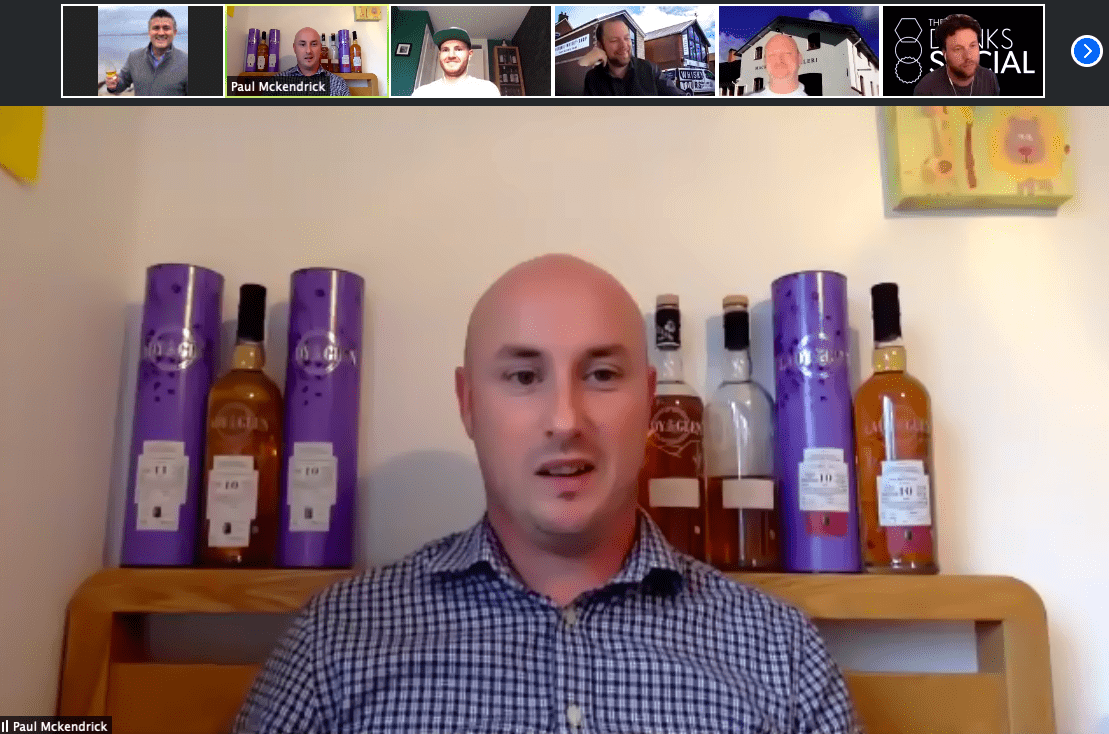 We had the opportunity to taste the following scotch whiskies: 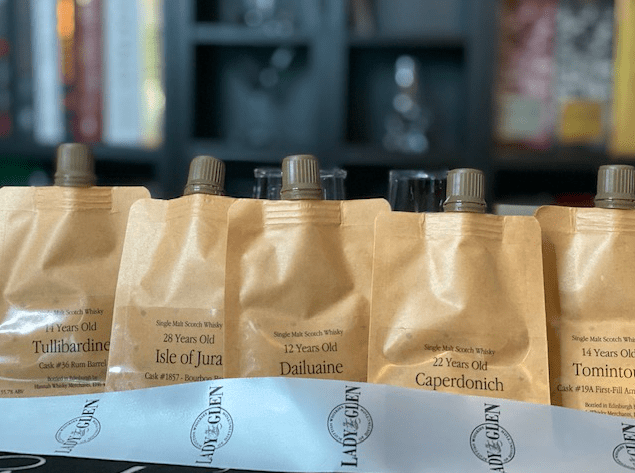 My personal favourites were whiskies number 2, 3 and 5 and I actually bought a bottle of the whisky selected by Grace (the Tullibardine 2006 with a very long rum cask finish of seven years, or should that be a double maturation?) before I had even tasted whisky number 4. 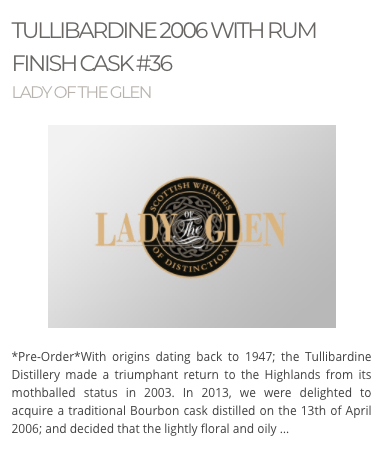 It was really interesting to hear more about the business from Gregor and their intention to be as transparent as possible in regards to the provenance of the whiskies they are selling by providing information on the packaging such as: 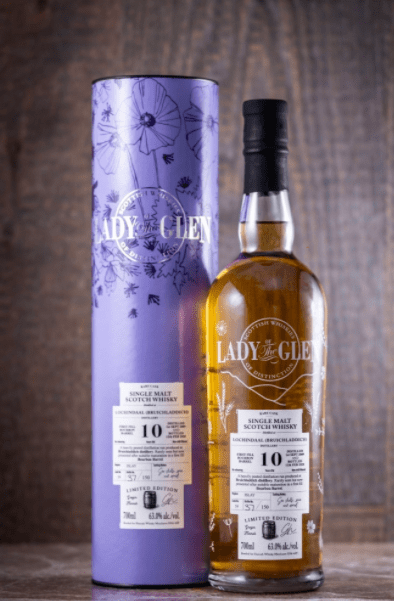 They are also limiting the releases to one cask per distillery per year for Lady of the Glen and have as their main markets locations such as Germany, Belgium, the UK, Taiwan and Japan amongst others.

Similar to other whisky businesses, they are also running virtual whisky tasting sessions for consumers to sample their whiskies. 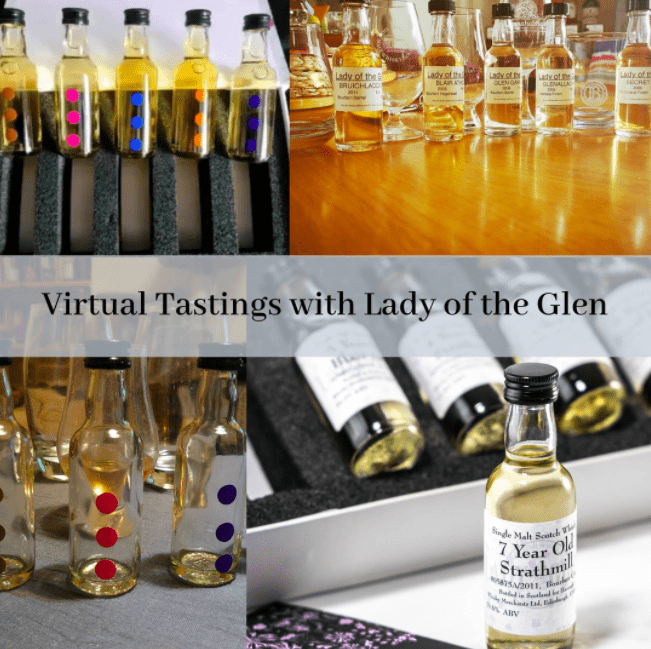 On a final note, I just wish my internet connection had been stable enough to join everyone else during the virtual tasting – instead I had to listen in and try to decipher the missing words as I could only hear four out of every five words spoken during the session….the trials and tribulations of the virtual whisky world! 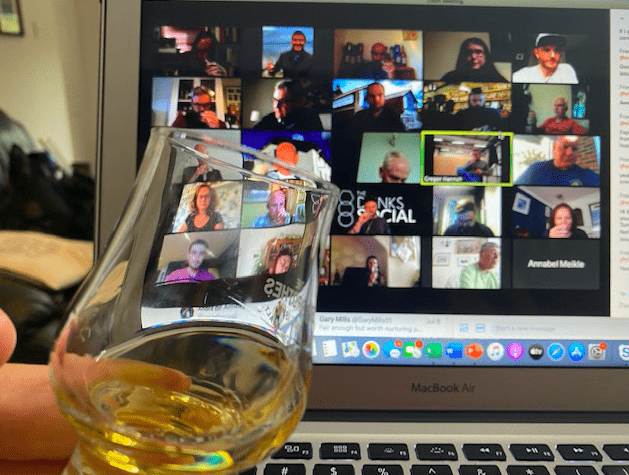 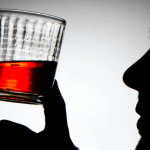 How the whisky industry is faring during COVID-19 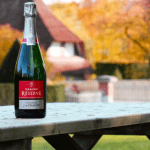