Redbreast Irish Whiskey has released its third limited edition Dream Cask to mark World Whisky Day. Inspired by the flavours of the Iberian Peninsula, Redbreast Dream Cask Ruby Port Edition is the first Redbreast expression to be fully finished in a single port cask, taking whiskey drinkers on a journey from the home of Irish whiskey to Portugal’s wine region.

The inspiration for the 28-year-old Dream Cask began during trials for Redbreast 27 Year Old – the oldest permanent expression in the Redbreast family. During this time, the Midleton Masters discovered a liquid worthy of the Dream Cask name which uniquely comprises both a ruby port cask component and finish. Redbreast is produced by Irish Distillers at its Midleton Distillery in Cork, Ireland. 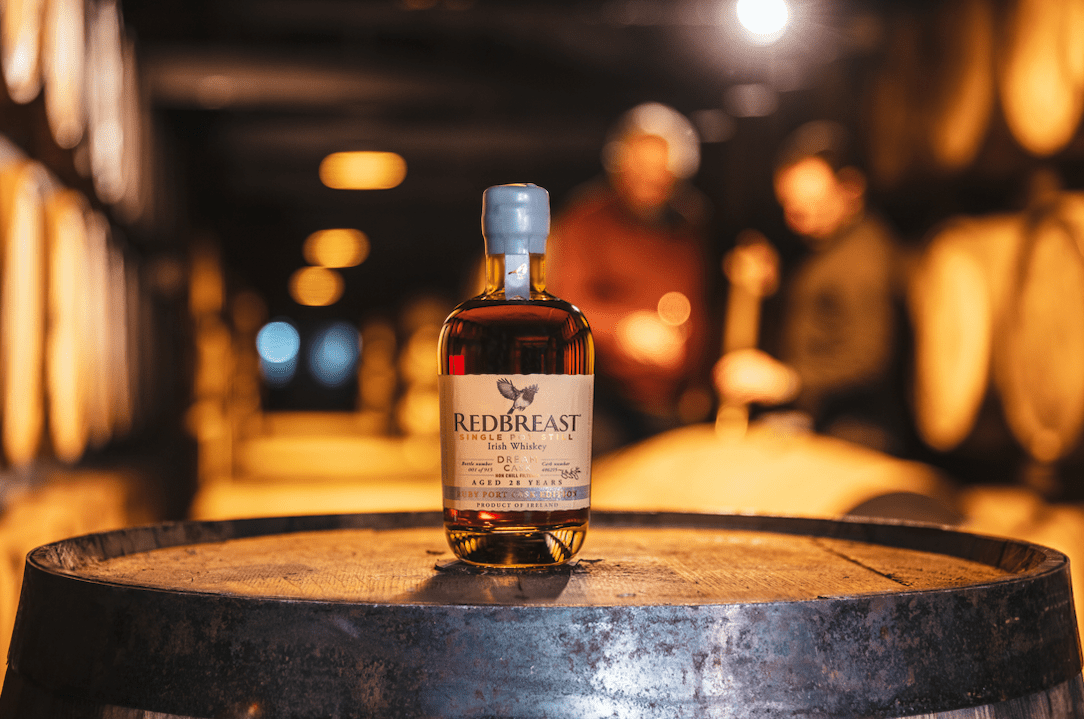 Created by Master Blender Billy Leighton, in collaboration with Blender Dave McCabe, Redbreast Dream Cask Ruby Port Edition is the culmination of four extraordinary whiskey journeys dating back more than 30 years, which were set aside during the crafting of Redbreast 27 Year Old. Aged for a minimum of 28 years in a combination of ex-bourbon barrels, an oloroso sherry butt and a ruby port seasoned cask, these exceptional liquids were then married in the ruby port cask to mature further as a single Dream Cask.

The result is a smooth and silky Irish whiskey with notes of assertive spices, dark chocolate and cinnamon which slowly reveal a luxurious layer of sweet ripe plums and exotic fruits reminiscent of the signature Redbreast style. Bottled at 51.5%, the ruby port cask finish further contributes notes of raisins, sultanas and berries, adding an extra layer of depth and complexity. It is this final marrying phase which also gives the expression an intense mahogany colour.

“It’s more than three decades since my predecessors went to the Douro Valley and hand selected the cask which would become Redbreast Dream Cask 2020. I’m delighted to be able to share its creation with whiskey lovers around the world.” Master Blender Billy Leighton

“Our third Dream Cask was created with a very significant fortified wine component. This imparts a unique balance of flavours, with less vanilla sweetness and more fleshy fruits that are associated with port.” 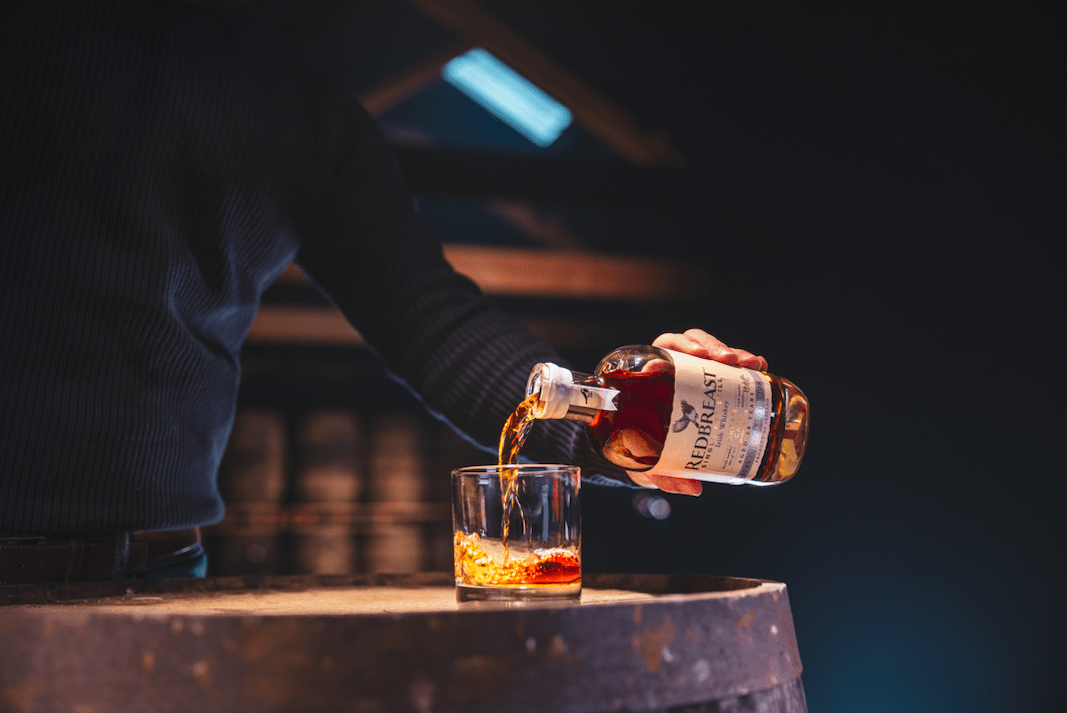 “Because a Dream Cask is not constrained by volume, we have great licence to select a unique expression with a bold flavour which couldn’t be replicated in a permanent offering. Thankfully, Billy and I were in absolute agreement that this was the right time to release this year’s Dream Cask.” Blender Dave McCabe

Redbreast Dream Cask Ruby Port Edition will be available exclusively through an online ballot hosted on Redbreast’s private members’ club, The Birdhouse. The ballot will be live from 15:00 (GMT+1) on Monday, May 25th until 14:59 (GMT +1) on June 2nd when successful participants will be given an opportunity to purchase a 500ml bottle for €490.

Nose: Initially abundant with herbs and spices, some lighter notes of rosemary and garden mint combining with cedar and red peppers. Some zesty citrus notes develop into a rich compote of ripe fleshy fruit, melon, kiwi and black cherry on top of marcona almonds. The spicy sweetness of vanilla, cinnamon and nutmeg acknowledge the contribution of the oak cask.

Taste: A very rich silky mouthful of assertive spices combined with sweet ripe plums. Dark chocolate and cinnamon notes slowly reveal a luxurious layer of ripe dark fruits which combine with raisins, sultanas and exotic fruits and berries which are typical of the Redbreast style.

Finish: The signature Redbreast mix of fruit and spice is slow to fade. 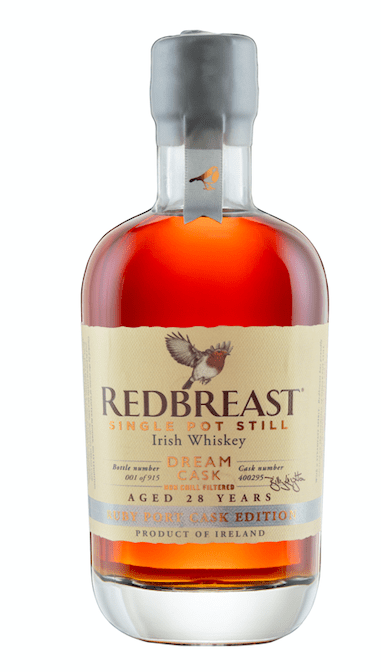 Redbreast Dream Cask Ruby Port Edition represents four unique whiskeys which were aged for a minimum of 28 years and then vatted together and left to marry in the ruby port pipe cask. These include:

Note: the information on this blog post has been provided by Irish Distillers. 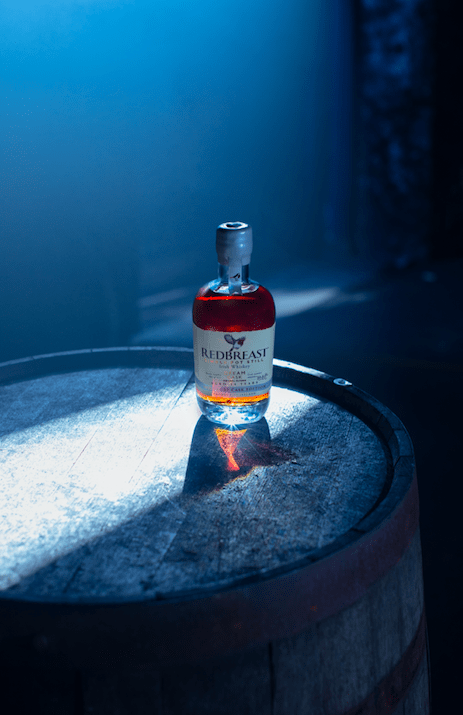 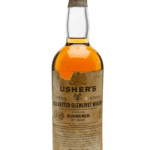 From Vatted Malts to Blended Malts and beyond 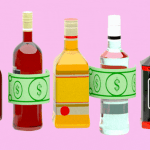