Islay’s south coast in Farkin is closer to welcoming a new Scotch whisky distillery to the Scottish island courtesy of Elixir Distillers, who own the Port Askaig and Elements of Islay brands.

The dream of Elixir Distillers and its co-founders Sukhinder and Rajbir Singh to build a distillery on Islay is a step closer to reality after the submission of revised plans to the Argyll & Bute planning department, alongside a commitment to support the island and its people.

Islay is currently home to nine operational distilleries including the most recent one (Ardnahoe Distillery) and the Port Ellen maltings.

Located just outside the town of Port Ellen, the distillery seeks to combine the best elements of tradition and modernity in both design and production. Following extensive conversations with the Argyll & Bute planning team, the revised plans feature an exterior that keeps with the traditional look of the other south coast distilleries alongside modern touches that reflect the site’s individual landscape.

The distillery has been designed with a floor malting capable of supplying 75% of the full one million LA capacity of the distillery, space for 16 washbacks and four sets of pot stills. A range of styles of whisky will be produced, with an absolute commitment to quality and flavour. The distillery will feature smaller stills, a mixture of modern and traditional yeasts, and longer fermentation times. Modern technologies around distillation and heat reclaim techniques will be used to maximise flavour and energy efficiency and minimise the impact on the environment.  There will also be a separate experimental still producing 200,000 LA per year, with the goal of ensuring Islay stays at the forefront of Scotch whisky innovation.

The distillery will incorporate a visitor’s centre along with a multi-purpose educational facility focused on training and an apprentice programme. This will be aimed specifically at encouraging and training the next generation of distillers and spirits professionals from the Islay community in all aspects of the industry.

Sukhinder Singh (pictured below) says: “I wanted to build a distillery on Islay because I have always loved the island, its people and its whiskies. I’ve been a regular visitor to the island for over 25 years and must have tasted close to 3000 different Islay whisky bottlings! From a liquid point of view, we are determined to produce the greatest spirit possible. We want to create something that inspires the people of Islay and our customers, and enhances the reputation of Islay as a source of some of the world’s greatest whiskies.”

“Our hope is that our distillery becomes an integral part of the island community, and one of our key priorities is to work collaboratively with the local community to ensure everyone benefits.” Sukhinder Singh

Elixir Distillers will be submitting an additional application in March 2020 to build eight houses for staff who will be working at the distillery. There are also further plans to build accommodation elsewhere on the site, on land currently known as Torradale Farm, which will be submitted in a separate application.

Following meetings with the Islay Community Council, Elixir Distillers is also working on plans to launch a charitable fund to which they will contribute on an annual basis from the moment they break ground on the new distillery. A board of trustees will manage the funds and decide where they are best spent. Members of the Islay community will be asked to become trustees to ensure the local community are represented in the decision-making process.

To kick things off, Elixir Distillers will donate £1 from every bottle of their 2020 Port Askaig limited edition release to the fund. This is predicted to raise an initial £15,000. Elixir Distillers will carry out further fund-raising ventures every year thereafter as an ongoing commitment to the Islay community.

Below is a video of Sukhinder Singh on the topic of collecting whisky. 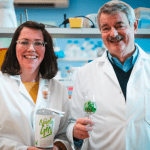 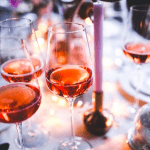