The Distilleries of Campbeltown

One of Scotland’s most remote mainland towns, Campbeltown also used to be know as “the Whisky Capital of the World”.

This is because Campbeltown used to be a hotbed of illicit distillation, since the end of the 18th century. It took the 1823 Excise Act to turn an illegal whisky boom into a legal one.

According to the author Angus Martin and his research published in his recent book, the most distilleries operating at any one time in Campbeltown legally (i.e. licensed) were 22. However, the list of Scotch whisky distilleries that have operated in Campbeltown since 1815, is over 30, even though only 3 of them are active today: Glengyle, Glen Scotia and Springbank.

The whisky industry in the coastal town of Campbeltown was largely driven not by native families from the area but rather by descendants of Lowland families which came to South Kintyre in the 17th century at the encouragement of the Campbells of Argyll, as Angus Martin reveals in his book ‘Campbeltown Whisky – An Encyclopaedia’. The three most prominent families were Greenlees, Colvill(e) and Mitchell, with the Greenlees deemed to have been the most successful.

Campbeltown’s boom in whisky production was due in part to steam navigation as this allowed whisky to be shipped directly to Glasgow in just 9 hours. By 1891, Campbeltown, with a population of just 1,969 was reputed to be the richest town in Britain per capita.

“Campbeltown is certainly a most attractive place and we were charmed with is appearance. It is situated at the head of a beautiful bay, which is almost land locked and engirt by heath covered hills” Alfred Barnard

There are still many stories around the town from the days gone past and of the people involved in the scotch whisky business, such as Duncan MacCallum, who drowned himself in Crosshill Loch in 1930 and who was wealthy enough to be considered a multi-millionaire by today’s rates. The mystery behind his apparent suicide remains, as well as the stories of MacCallum haunting the Glen Scotia Distillery to this day.

Back in 1891, MacCallum was head of the consortium Stewart, Galbriath & Co that by 1905 held controlling interests in Benromach, Glen Albyn and Glen Dronach distilleries. He was also involved in building Glen Nevis Distillery back in 1877. The group purchased Glenside Distillery in 1908 and set up West Highland Malt Distilleries Ltd in 1919 to run (Glen) Scotia, Glen Nevis, Glengyle, Kinloch, Dalintober and Ardlussa distilleries, until the group’s bankruptcy in 1924.

In chronological order from the date of opening, below is a list of all of the Campbeltown distilleries that have operated under license. Interestingly, in 1815, there was only one legal distillery operating in Campbeltown, but only nine years later, there were already several others erected and in place.

Other possible distillery from Campbeltown: Ballegreggan

Note that all of the annual output figures – where available – have been sourced from the Alfred Barnard book published in 1887 and referenced on this list below. All of the output figures were quoted using gallons of whisky produced and if the British Imperial Gallon was the equivalent to approximately 4.54 litres, then we can work out the capacity at the time. Therefore, one should be able to assume that the production in Campbeltown distilleries around 1885 was between 30,000 gallons at Springside Distillery and 192,000 gallons (capacity up to 250,000) at Hazelburn Distillery. Therefore, between 136,000 to 872,000 litres (capacity up to 1.135 million litres of alcohol). This is much lower than the average single malt distillery in Scotland today, at an average of around 2.5 million litres produced annually.

For those visiting Campbeltown, you can even use Google search and then map function to identify the ‘lost distilleries’ – just google “campbeltown lost distilleries” and then open the map function (see picture above). I have not checked the accuracy but it seems to include: Springside, Kintyre, Highland, Longrow, Argyll, MacKinnon, Albyn, Hazelburn, Burnside, Ardlussa, Broombrae, Drumore, Lochhead, Kinloch, Benmore, Glen Nevis, Glenside distilleries.

Please find the links below for further reference on Campbeltown – all of these were used for the information provided on this blog post: 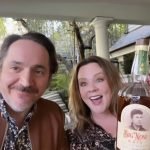 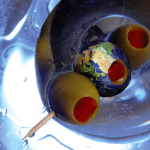