The figures, compiled from HRMC export data, show that the export value of global Scotch Whisky exports grew by 4.4% to £4.91bn, with growth in 106 of its global markets. The number of 70cl bottles exported also increased, growing to the equivalent of 1.31bn, up 2.4%.

Export growth was driven in particular in Asia and Africa, with value increases of 9.8% and 11.3% respectively.

However, a 25% tariff on the import of Single Malt Scotch Whisky and Scotch Whisky liqueurs into the United States means the outlook for the industry remains uncertain, particularly given that this tariff could rise.

The SWA warned in August that exports in 2019 had been affected by changing trade conditions in key export markets, and did not reflect “steady-state” trade for the Scotch Whisky sector. This continues to be the case, with significant pre-shipping ahead of Brexit ‘no-deal’ deadlines in March and October 2019, and ahead of the imposition of a tariff on exports to the US on 18th October.

While the US remained the Scotch Whisky industry’s most valuable market, increasing in value by 2.8% to £1.07bn, export volume fell by 7% to 127m 70cl bottles. There was a marked difference in the final quarter of the year. In Q4 2019, exports to the US fell by 25%.

“These figures underscore the global reach of Scotch Whisky. They show that Scotch Whisky remains at the heart of a dynamic, competitive, international spirits market and continues to attract consumers tapping into the global trend for premium spirits.” Karen Betts, Chief Executive, SWA

“The growth of developing markets in Africa and Asia shows that Scotch Whisky continues to bring new consumers to our globally renowned brands.

“However, the imposition of a 25% tariff on exports of Single Malt Scotch Whisky and Scotch Whisky Liqueurs to the United States is very concerning, and the 25% fall in exports to the US in the fourth quarter of 2019, immediately following the implementation of tariffs, is stark.

“The tariffs are hitting producers hard, particularly small distillers.  Some are now asking themselves how they can continue exporting to the US, whether they can build up alternative markets, which is not something that can be done quickly, and if not how their businesses will cope.

“We are continuing to press the UK government to put in place a package of support for distillers to help mitigate the impact of tariffs, including a cut in excise duty in next month’s budget which would allow distillers to re-invest in the UK market while sales are under pressure in the US.”

“It is exciting to see the Scotch Whisky industry evolving and continuing to go from strength to strength. It is particularly pleasing to see growth in new and emerging markets such as Asia and Africa where exports of Whisky have boomed in recent years.” Fergus Ewing, Rural Economy Secretary for the Scottish Government

“The success of Whisky exports is cause for celebration and is due, in part, to industry and Scottish Government working together to create a national brand with a global reputation.

“The Scotch Whisky industry is a major employer in Scotland and we will continue to do everything we can to protect it. This includes keeping pressure on the US government and UK Ministers to end the damaging increase in tariffs on exports of Single Malt Scotch Whisky and Scotch Whisky Liqueurs to the US.”

The largest export destinations for Scotch Whisky (defined by value) in 2019 were:

The largest export destinations for Scotch Whisky (defined by volume, 70cl bottles) in 2019 were:

In 2019, Scotch Whisky exports by global region (defined by value) were:

Note: This is a copy of the press release issued by the Scotch Whisky Association (SWA) 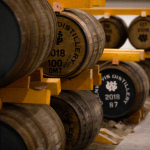 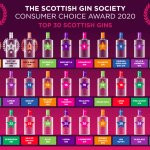