Jack W. Smith Jr., the President of the Metro Atlanta Scotch Club reached out to us to suggest a blog post on whisky tasting. He also shared a conversation that he had on the topic with Mark Davidson (pictured below) at the Royal Mile Whiskies shop, back in 2017.

Mark has a wealth of knowledge on the subject, as he is currently the manager of Royal Mile Whiskies on the High Street in Edinburgh, has previously worked at the Scotch Malt Whisky Society and the Cadenheads Whisky Shop, and is also the founder of Edinburgh’s ‘Jolly Toper Tastings’.

Inside the Cask reached out to him and he was happy to write the following blog post on the subject…thanks for sharing your thoughts with us Mark!

“Over the 19+ years that I have hosted whisky tastings, I’ve noticed that some behaviour patterns show themselves.

Typically I’d pour 5 drams but it’s possible to illustrate just how broad even Scotch whisky’s flavour spectrum is with only 3 different examples. I will not talk about the 22 dram tasting…

If the purpose of the tasting is not to educate the curious by covering the different influences in taste through pouring examples of contrasting styles and flavour influences, but more to provide an evening of simply hedonistic sampling then it is still important to vary the tastes presented.

What helps is if the attendees come with open minds coupled with a format where the samples are tried blind. The idea is that without knowing what is in the glass preconceptions can mostly be avoided. Introducing a whisky as ‘this is great’ or announcing its a familiar brand, peaty, expensive or rare is bound to raise expectations making them harder to realise.

By allowing the dram’s nose and palate to speak for themselves, a fair judgement is much more likely. Extrapolating this perhaps a true ‘blind’ tasting might be considered through hiding the color of the whisky by using cobalt glasses, turning the lights out or even blindfolding the drinkers, although the last two methods could add an unnecessary aspect of adrenaline charging to the event.

Once the drams are chosen, the next job is to set them in the correct order, much in the same way you will need to get the courses lined up for a meal.

Often this is straight forward: start with a gentle ice breaker usually at a diluted strength: perhaps a blend, followed by something with a bit more body and character perhaps a touch higher in bottling strength, this is often where an aged whisky might appear.

Next, the middle dram position can be used to include something a bit out of the ordinary: perhaps a rye or a Campbeltown malt where the character bridges the light beginning to the heavier ending of the tasting, penultimate position is usually occupied by something strongly influenced by the wood so a full bodied sherry cask or similar is typical.

Classically a peaty number can round the evening off not unlike the loudest and biggest firework at the end of the show or a band ending a concert on something dramatic. What can challenge this gradual procession of more and more characterful drams is accommodating any wow factor the whiskies may posses or lack.

Ideally, the assembled tasters will not only find a logical building of flavour intensity as one glass follows the next, but the order should allow a pleasing flow as the consecutive dram’s personalities naturally combine much like a driver will smoothly move gears so passengers don’t notice the engine’s revs change.

The difficulty of placing such a popular whisky where it is likely that its qualities will be enthusiastically received is that if it is first in the line up then rather than working up to the high point the remainder of the tasting might feel like an anti-climax, although its always nice to get off to a good start.

Leaving a crowd pleaser to last rather than using the big smoky one to end on, might not work as peat monsters can linger on a tasters palate meaning the next glass can struggle to be seen at its best. I often allow a whisky of ‘academic’ rather than purely pleasurable merits to be included in a tasting.

Here something experimental or a work in progress can offer context and remind drinkers that in general, there is a great deal of quality to be found in even standard expressions while introducing something challenging as well as hopefully educational if not entirely rewarding the palate.

After the attendees have had enough time to judge and enjoy the whisky, it is time to get them to do a little bit of thinking.

Firstly a simple show of hands to compare those who liked it (i.e. would drink more or buy a bottle), did not like it (wouldn’t wish more or to purchase any) or are undecided, this is where the whisky had qualities but also failings. I’m convinced there is sometimes a social influence on voting as some tables will have an ‘Alpha’ whose opinion influences others. I’ve seen whole tables put their thumbs down to a dram but the very same whisky will received unanimous applause at the very next table.

I also like to challenge people to guess the ‘vital statistics’ of the glasses’ contents. By this I mean having a go at spotting the strength, age and any particular influence on the expression.

Finally I’ll ask the room what they would pay for a bottle of the current dram being discussed. This question is my favorite and can lead to some disappointment or a pleasant surprise.

Once the identity of the whisky is revealed I ask the price question again – when the group knows the brand, age and strength, if it is a limited expression/special release or not will inform the guessing of the actual market price, most often significantly higher then the drinker’s original valuation based on their enjoyment and spending power.

At the end of the tasting the room will be asked to nominate their favourite whisky. There are  lots of possible eventualities varying from one star performer to an uncannily even split where each bottle gets an equal share of the votes.

This popularity poll is pretty crude though so a more involved feedback strategy might give a better representation of opinion. By getting people to vote on a scale from 0 (no satisfaction) to 9 (maximum happiness) then converting the total for each whisky into a percentage of maximum possible votes a more thorough statistic can be arrived at. After hundreds of such feedback forms I can say getting 70% or over is rare and can be taken as a good indication of a particularly fine dram.

Well, there you have it. Tasting whisky shouldn’t be a chore but if you’re going to do it as a group it can be a great way of teaching, learning and finding out what is popular it just takes a bit of organizing. Dram on.” 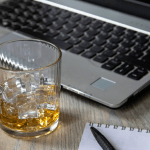 The largest markets in Ecommerce: Key trends from across the Top 10 markets 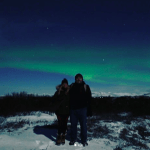