Ryanair has been named the dirtiest flight operator within the UK in response to a Which? Travel survey.

The survey of 7,901 people across September and October by the consumer champion Which?, revealed that fewer than half of passengers (42%) scored the Irish airline nearly as good for cleanliness, scoring significantly worse than other airlines.

“Greasy tray tables, soiled headrests and dusty window sills” were reported by a Which? investigator who boarded a Ryanair flight to test the cleansiness levels

Ryanair was not the only airline to be criticised for having dirty cabins, but it was significantly worse than its rivals. In comparison to other Budget airlines, Norwegian scored the highest at 86%, followed by easyJet at 68% and Wizz Air at 62%.

“Faster and faster turnarounds are one thing but it is unacceptable for some airlines to be cutting corners when it comes to cleaning out their cabins properly – no matter how cheap the airline ticket” Rory Boland, Which? Travel editor

The best rated airlines were Air New Zealand at 97% and Singapore Airlines at 96%, both receiving very positive feedback from customers. The top 5 were completed by Emirates and Qatar Airways at 95% and Cathay Pacific and Swiss joint 5th place on the survey at 94%. 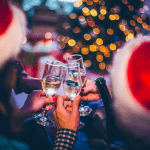 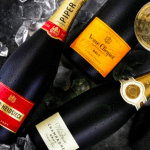 Which? reveals Best Champagne for splashing out