This Craft Scottish Spiced Rum has been produced by The Jacobite Spirits Co. and it is distilled and spiced in Scotland. The initial taste of the ‘spirit of rebellion’ will be a limited release of 50 bottles coming out in November 2019.

The 45 is a dark, full flavoured spiced rum at 45% ABV bringing Scottish botanicals and international spices together for a strong finish on the palate. The flavour profile consists of ginger, vanilla, caramel, orange peel, liquorice and a light, background smokiness. This smokiness comes from Scottish, smoked seaweed which also gives it a faint salinity that combines to give you a classic “sweet and salty” experience i.e. salted caramel, whilst the liquorice comes from a Scottish root botanical.

The 45 is then aged in a cask previously used for maturing US bourbon and Scotch whisky, bringing together the flavours of Scotland and the USA.

The brotherhood behind The 45 Spiced Rum and the Jacobite Spirits Co. is made up of 8 friends: Euan, Jamie, Marcus, Michael, Pat, Ronnie, Stevie and Tony (pictured below). They have in common their love of travel, the appreciation of all things alcohol and their sense of discovering something new – in this case making rum from scratch as none of them initially had any experience in making it.

Their shared desire to create an authentic product from scratch with a hand-made craft approach led them to the eventual building of the modest Jacobite Spirits Co. Rum Shack, after many years of testing different recipes and production methods.

But why call themselves The Jacobites Spirits Co.? The Jacobites were a diverse group of Scots and allies from around the world who gathered around a cause – they believed in working together to achieve something better. Likewise, the group of 8 friends behind the company share that ‘spirit of rebellion’ – the knowledge that things can be done differently.  The 45 is their first Rum and commemorates the end of one rebellion and the start of another… 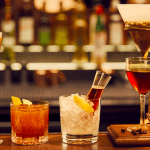 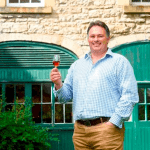 An Inside the Cask chat with…David Robertson