How drinks manufacturers are enhancing the travel experience by experimenting with product innovation for air travel, courtesy of the IWSR.

It’s long been known that alcohol has not only a different effect, but also a different taste, when consumed at altitude. But now brands and airlines are creating bespoke products that will be at their optimum when served in-flight.

Numerous studies have looked at how taste is altered on board aircraft. In general, human taste receptors have been proven to be less sensitive at altitude, but by how much is up for debate: according to research by the Fraunhofer Institute for Building Physics (IBP) on behalf of German airline Lufthansa, the taste of salt is perceived to be between 20% and 30% less intense, and that of sugar is 15-20% less intense when consumed at high altitudes. It also found that the perception of fruity aromas and acids are much more stable. However, Antonio Fernandez, AeroMexico’s Senior VP for On-board Product, estimates that passengers lose around 70% of their sense of taste at altitude.

And it’s not just elevation that is believed to affect the experience of consuming food and drink on board flights: a 2015 study by Cornell-based physiologist, Robin Dando, found that exposure to loud noises, such as the sounds of a jet engine, can dull sweet flavours but intensify any umami notes. Consequently, some drinks – such as tomato juice or a Bloody Mary – allegedly taste better in the sky.

Herbert Stone, who worked on food for the Apollo Moon Mission, says that the cold temperature of an airplane cabin combined with its low humidity can also contribute to dulled flavours and aromas, both considered vital components in our overall experience of taste. Pressurised cabins also lower blood oxygen levels, which can mute the olfactory receptors, negatively affecting the taste of some liquids.

For example, in a 2010 experiment by Taittinger, the aroma of its Champagne was found to be diminished at high altitude. Furthermore, bubbles were recorded as sticking to the sides of the glass instead of giving the steady stream of delicate bubbles typical of a quality Champagne.

So, with airline contracts proving an invaluable and high-profile way for drinks brands to get in front of large numbers of consumers, it stands to reason that many have begun adapting their products to specifically work with conditions in the air.

Back in April, in honour of British Airways’ 100th anniversary, Scottish brewer Brewdog created the world’s first beer brewed at 38,000 feet and 5,000mph.

Named Speedbird 100 after the airline’s call sign, the brewing process for the Brewdog IPA was started by founders Martin Dickie and James Watt on board one of the airline’s Boeing 787 Dreamliners. The resulting recipe was adapted to compensate for the reduction in taste and smell sensitivity when flying at high altitudes. With candied citrus, floral and resinous notes followed by tropical fruit aromas, the 4.8% ABV India Pale Ale is perfect enjoyed at any cruising altitude, according to the brand.

Multi-award-winning brewery Mikkeller has partnered with Scandinavian airline SAS since 2014, creating numerous beers crafted to be enjoyed on flights. Experimentation with the brews concluded that dominant bitter flavours stand out markedly at 30,000ft, leading to the recipe using less hops to compensate, and prompting a reduction in the amount of carbon dioxide used, as the cabin pressure naturally caused increased foam.

The result of another partnership with the UK’s national carrier, this altitude-adjusted gin from Edinburgh-based craft distillery Pickering’s also celebrated BA’s big birthday. The British Airways Centenary Gin is described as the world’s first high-altitude gin, and has been crafted specifically to be enjoyed above 30,000ft. According to the brand, as our taste receptors are significantly suppressed above this height, and as air pressure, lack of humidity and the hum of plane engines can render many flyers unable to discern sweet and salty flavours effectively, the gin has a balanced flavour profile that shifts according to the height at which you are flying.

Note: This is a copy of the press release issued by the IWSR. 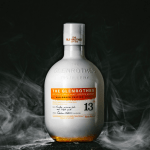 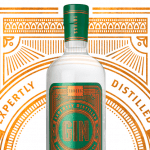