Isabel Graham-Yooll is the Auction & Private Client Director at Whisky.Auction and she has been working in the wine and spirits industry for 20 years.

I first came across Isabel when she was working at Milroy’s of Soho (at the time, I was employed by Maxxium UK) and aside from the odd random encounter at the London Underground, I recently had the chance to chat with her at The Whisky Exchange’s Old & Rare Whisky Show in Glasgow. Isabel was kind enough to spare some time to talk to us….

Inside the Cask: Hi Isabel, you are the Auction Director at Whisky.Auction, but how did it all start? Where did the interest on drinks come from?

It all started out with a part time job at Oddbins (a chain of UK wine shops that then had a great reputation) many years ago. I knew nothing about wine and spirits then and whisky was never my planned career – I didn’t have a planned career.

It was hard physical work, we were taking 10 to 20 pallets of wine in to the shop each week work but I was working with a fun team of knowledgeable wine and whisky enthusiasts and by the end of my time there I realised I knew a lot more than when I had started. I had tasted every wine and most of the whiskies on the shelves. I’d caught the bug, and later went on to work to manage Milroy’s of Soho where I found myself not just with a spectacular range of whiskies, but also the chance to do my own single cask bottlings.

Inside the Cask: You have worked in the drinks industry for 20 years, so what are the changes you have noticed in how and what we drink? Any surprises or unexpected success stories?

I discovered single malt whisky when I was at Oddbins, I couldn’t believe people would pay so much for a bottle. Diageo’s Rare Malts Selection were well over £50 then!

I think my education in whisky and other drinks closely matched the changes to the nation’s drinking habits. Before the run up to the millennium if you preferred not to drink paint thinner you were regarded a ‘wine snob’ and taking an interest in flavours was viewed as elitist. Then we saw a broader range of people began to pay attention to the quality and provenance of what they were eating and drinking. A great meal, a stunning wine and an amazing whisky became celebratory events in themselves. It didn’t happen overnight and I think professional buyers over-estimated the immediate demand for things like vintage champagne and single malts but eventually people caught on.

Some people are surprised by the rise in prices of old and rare whiskies, but I’m not. The knowledgeable enthusiasts made it their business to know where to pick up bargains. Producers wanted to get better returns. The secondary markets showed everyone just what prices could be achieved. And of course, returns on other sorts of investments dwindled to negligible levels.

Inside the Cask: You are now working at Whisky.Auction but can you tell us how it works? Also, what does you role entail?

Our specialist online platform www.Whisky.Auction is for anyone buying and selling whisky, fine spirits, miniatures and memorabilia.

Old and rare spirits have always been traded between collectors and enthusiasts but these great whiskies were not accessible to most people. Our auction makes it easy for anyone to buy and sell whisky safely and securely. Some rarities just aren’t normally available anywhere else and you can pick up bargains for drinking too.

The auction has been a huge success. We have a great team of highly dedicated whisky specialists and experts and an ever-increasing number of lots being submitted. My role is just to make sure we continue to grow the auction both in terms of size and quality of offerings.

Inside the Cask: What is the current auction market for the drinks category? How does it compare to other investments in terms of potential returns?

The drinks market for old and rare spirits is buoyant. There has never been so much interest and knowledge about rare spirits amongst so many people around the world.

We’ve seen our customers make some astonishing returns. The auction market has democratised how and when collectors, investors and drinkers buy and sell. No one has to wait for a broker or retailer to make a low offer for their prized collection any more. It means that even drinks that were overlooked in the past, are now traded profitably; just look at the prices we regularly achieve for old gin’s like Gordon’s and Booth’s.

Inside the Cask: How much of an issue are fake products within the market place? What should collectors and investors look out for and where can they seek help?

High value products such as premium Scotch whiskies have always been a target for fakers and counterfeiters.  So it’s not a new problem, but it is arguable that the internet has made it easier for faker’s to sell their wares. We keep spotting fakes that have been on the market for decades.

The good news is that it’s easy for investors to avoid risks by taking some sensible precautions. Only ever buy and sell through a reputable traders such as www.Whisky.Auction.  We check bottles carefully to protect buyers as well as sellers and reject anything suspicious. No bottle is released until payment has cleared. You should make sure whoever you’re trading with has a public and verifiable track record. Don’t ever buy peer to peer, ever.

I’ve made a career out of one my greatest passions but I like to eat too. Then there’s books, art, music, cars… in fact, anything collectable, storable and consumable.

There are many ways to get into the drinks trade but I still believe retail is by far the best way to learn about wine and spirits although there probably aren’t as many opportunities now as there were when I started.  It gives you a broad insight into a lot of aspects of the trade, you meet producers and consumers and you get to taste a lot of wines and spirits: the good, the bad and the ugly.

I don’t think I had any idea of how huge the drinks industry is. There are just so many opportunities for virtually every skill set.

I’ve been lucky that through my job I meet so many fascinating, intelligent individuals with a passion for drinks but also for life in general. I think that’s it really, it’s the people.

I’m pretty sociable so I’m probably one of the few people who admits to enjoying awards ceremonies. 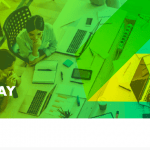 How the Silicon Valley Model is supporting Innovation in Drinks 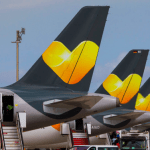