The TV presenter and radio host originally launched a range of wines with New Zealand wine producer Invivo, having started to work together five years ago, the products have grown to three million bottles sold this year.

More recently, Graham Norton has been working with Ireland’s West Cork Distillers to create a new gin brand. There are a number of gin products being released using Irish grain and botanicals including the Graham Norton Own’s Pink Gin (pictured above).

The singer/ actor Nick Jonas and designer John Varvatos have partnered with Stoli Group to launch the new ultra high end tequila brand Villa One. The spirit was apparently inspired by a 2018 trip to Mexico with family and friends during which Jonas and Varvatos were “inspired to embark on a new adventure and launch their own tequila brand”.

The American rockstar Marilyn Manson launched his own absinthe in July 2007, by working together with Markus Lion from ABSINTHE.DE and Swiss speciality distillery Matter-Luginbühl AG. The idea came about after a gig in Basel where they initially met and it took about 2 years until the development of the product was finished.

“Manson was intensely involved in the development, constantly tasting the samples, giving his opinion and providing suggestions for changes. When he was completely satisfied with a prototype, the final implementation was swift.” Markus Lion

Launched in 2007, DeVito’s Premium Limoncello is made in Italy, from Sorrento lemons grown on the Amalfi coast. Interestingly, there is one amusing aspect to the product: the lemon logo on the front of the bottle is a scratch-and-sniff that smells like lemons.

Country singer George Strait is an investor in Código tequila, an ultra-premium priced tequila that was consumed privately by a small group of Mexican families (and family friends like Strait) before becoming commercially available in 2016.

The actor Walton Goggins, co-founded the spirits brand and private salon, The Mulholland Room, with cinematographer Matt Alper. The pair originally met 23 years ago and the original idea came up at a party in LA.

Filmmaker and Oscar-winning Director Steven Soderbergh first discovered the brand whilst shooting Che in Bolivia back in 2008. Singani is a light and versatile grape distilate from Bolivia and Steven’s product name ‘Singani 63’ is a reference to his birth year.

The ultra-premium vodka brand, VDKA 6100 was co-created by the Hollywood actor with Australian spirits company, the Artisan Spirits Merchants (ASM). The product is handcrafted in Reporoa, New Zealand, using cow’s whey and De Niro was apparently consulted on branding, packaging and positioning.

The writer, actor and director partnered with BiVi vodka on promoting this Sicilian vodka from Italy. The product is handcrafted at an artisan distillery by Mastro Distillatore Giovanni La Fauci. The Giovi distillery has been producing in this location for generations, a region that benefits from a warm Tyrrhenian climate opening up to reveal the natural beauty of Capo Milazzo and the Aeolian Islands.

The EastEnders UK soap star and his wife Beverley launched their gin brand using a 15th century recipe. Famous for playing the character Ian Beale in the soap since 1985, they manage to recreate the recipe through trial and error to create a gin made using eight botanicals.

“Our story is quite a simple one, we just wanted to make Gin. It’s all happened very quickly to be honest and we have been very fortunate along the way with some incredible help and advice from our amazing friends.” Adam Woodyatt

“Spent all weekend taste testing every batch of my new tequila fresh out of our barrels from Mexico. I’m very passionate about my new tequila we’re developing. It’s been years in the making, and every road has led here—lots of growing excitement. Mana, passion, positivity, hard work and fun. This one’s for you, world. Let’s have a drink.” Dwayne Johnson

Unfortunately for the Hollywood actor and former professional wrestler, after originally applying to the U.S. Patent and Trademark Office with the brand name “Mana.” for his tequila, this was rejected for being too similar to other products. Despite this set back, he looks to be still moving forward with the project and an announcement is expected soon….watch this space… 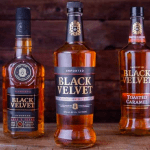 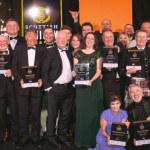