I decided to finally attend the Whisky Fringe after hearing about it for quite a few years now. This was the 19th year of the event organised by the specialist whisky merchant Royal Mile Whiskies and held at Mansfield Traquair in Edinburgh.

Needless to say, the event was sold out almost as quickly as the tickets became available and I was delighted to be there and meet some familiar faces as well as some new ones from the industry!

To view a copy of the event 2019 programme, just click here.

Most of the whisky brands were in the Main Hall (companies listed below), which was packed full of eager drinkers to sample the whiskies on offer.

I particularly like the ‘Half Time Orange’ concept, whereby some of the companies offered some very special drams to sample but only whilst the liquid on the bottle were still available – just check out the list below!

There was only one choice for me here given that the Glen Scotia 45yo Single Malt has not yet been released and I’ve not had a chance to try it before….I was one of the lucky ones to taste this gorgeous dram at the show…thanks to Gary Mills for sharing it…

Building from the success of last year’s Glen Scotia Roadshow, Loch Lomond whiskies run a distillation experience in the Raeburn Room (down the stairs) with their Brand Ambassador, Ibon Mendiguren. As I work for the company also, I dropped down to say hello to him and check out the space in between sessions, which were all fully booked out.

One of the new developments at the show for this year was the arrival of the marquee area in the garden allowing for 8 extra stands. I just wished it was not pouring down with rain on the day we visited (Sunday) so we could have gone outside for a bit…..but this is Scotland after all….

This space also included the ‘Pin The Whisky On The Country’ game with Stef Holt, which was harder than it seemed! Below is Alan Reid trying his best to beat Chris Waugh‘s best time….

The four hours went much more quickly than expected but it was great to see so many familiar faces and to have the opportunity to sample some new whiskies on offer.

But there was still time to sample and purchase the Single Cask from Tomatin being bottled at the show – a Pedro Ximenez Whisky Fringe exclusive bottling which Scott Adamson was happy to let us fill up the bottle (under supervision of course!).

Unfortunately, I missed the mystery Glenallachie being poured by Billy Walker, which will be bottled and released in the next couple of weeks. Picture below taken from the Royal Mile Whiskies Facebook page.

It was also great to have the opportunity to catch up with Tom from Toms Whisky Reviews blog, even if we did get photo bombed by some random punters…

The Whisky Fringe was a great event, we had lots of fun (drinking responsibly of course) and it really gave us value for money – I’d definitely try to come back for more in future.

Disclaimer – if I missed out on any scotch whiskies/ distilleries attending the show, please accept my apologies! We could only cover so many stands and drams of whisky in the time allocated…

For reference – for other whisky festival blog posts: 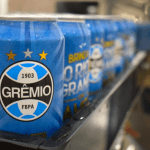 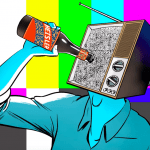 Do you recognise these ‘Fictional’ Drinks brands from Hollywood films and TV?