Guest Blog: Mr. Clean and lessons for the Drinks Industry

David Gluckman is the man behind Baileys, Cîroc and many other brands and he has helped to define the current drinks business with innovations created over the course of 45 years in the industry. In this guest blog, David reflects on his experience from working at Procter & Gamble (P&G), the lessons he learnt and how he tried to apply them during his time working in the Drinks Industry.

“I started my career in advertising, working on a liquid cleaner brand marketed by Procter & Gamble.

It wasn’t the most stimulating period of my business life.  P&G were an incredibly disciplined company and didn’t provide much creative satisfaction.

Mr Clean’s leitmotif, which had to appear twice in every 60 second TV commercial was “Mr Clean cleans faster and easier than any other soap, detergent, powder or scourer you’ve ever used.” And it did.

P&G kept me honest.  They taught me that we were in the business of selling things.  That to persuade a potential customer about the excellence of a product, a ‘reason why’ was essential.

I kept that lesson close throughout my business life.  Even when I moved into the romantic uplands of the drinks business.  I always remembered that we’d be asking people to part with their money.  We needed to justify it.

Why should a seasoned New York vodka drinker choose a premium Smirnoff – then the ‘KFC of vodka’ – over Stolichnaya from Moscow or Absolut from the ‘Country of Sweden’?  They were the new sensations in the vodka market.

What would Mr Clean have said?

“Give them a better vodka. You can’t give them an emotional reason for preferring Smirnoff, so make your appeal rational.”

We created a new word in the vodka lexicon – ‘smooth’.

If you tasted new Smirnoff against Absolut or Stoli or any other vodka, it tasted smoother.  Definitely.  And consumers could taste it, blind, without any prompts.

The trouble was that the ad people didn’t take to it.  Genuine, perceptible product USPs weren’t sexy.  So they talked about the Czar and the Russian Revolution and smoothness was junked.  And Smirnoff Black wasn’t the success it should have been.  That was back in 1991.

I tackled another difficult development a decade later.  This time in the gin market.  When International Distillers & Vinters (IDV) became Diageo, they had to get rid of one of their gin brands.

Sadly for them it was the much-loved Bombay Sapphire, one of the hottest brands around at the time.

The brief?  To create a competitor to Bombay.  And pretty damned quick.

I called on Mr Clean.  He was bored and looking for action.  “How can we compete with Bombay Sapphire?” I asked.

We tasted some gins.  About 20 of them.  What separated gin from other spirits was a bitter, almost dirty taste.  The information was put into store.

A few days later we were in a gin distillery.  There were no chairs so we sat on sacks of dried botanicals – juniper, coriander, other stuff.

Mr Clean tapped me on the shoulder and whispered.  “These botanicals are all dried.  Can we make a gin out of fresh botanicals?  “Why?” said I.

“Well, we can give the gin a sweeter, cleaner, fruitier taste.  Maybe even vodka drinkers will like it.”

What a good idea, I thought.  And the gin happened and it was called Tanqueray Ten.  And it entered the market.

I can remember asking a bartender in a smart outlet in New York why I should buy Tanqueray Ten.  “Because it’s got a clean, fresh, fruity taste.  I used to hate gin, but I love Tanqueray Ten.”

The sad thing was that nobody at the company cared about the ‘fresh botanicals = fresh-tasting gin’ idea.  Instead they put anodyne claims like ‘Batch-distilled’ and ‘Hand-crafted’ on the bottle.

Almost every bottle of new spirits has them.  But I doubt whether any drinkers believe them. ‘Hand-crafted’ from the world’s biggest drinks company?  Pull the other one.

Several years later I met some senior people on the Tanqueray Ten team and, not mentioning my connection with the brand, I asked, “What’s special about the gin?”

They didn’t know. Or they weren’t sure.

The challenge now, as it was back in the Mr Clean days, was that we were out to sell product.  Why should a retailer with bulging inventory take another flavour or another batch-distilled, hand-crafted whatever?

In my view Mr Clean was right.  We are selling goods just as much as dreams.

*Mr Clean was a liquid household cleaner from the US which was tested on several occasions in the UK without success.  Flash became P&G’s major entrant in this sector.

David Gluckman’s best-selling book “That s*it will never sell!” can be previewed and ordered on www.thatshitwillneversell.com

For Reference – An Inside the Cask chat with…the man behind Baileys, Cîroc and many other brands 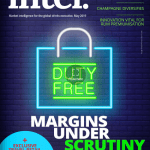 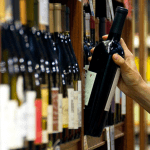 The Impact of Ecommerce on Alcohol Trading