Alice Lascelles is an award-winning journalist, author and spirits and cocktails columnist. She writes about drinks for the Financial Times is the author of The Goblet drinks column in The Financial Times’s How to Spend It and is also a regular contributor to FT Weekend. She was named Fortnum & Mason Drinks Writer 2019 and was kind enough to spare some time to talk to us…

Inside the Cask: Hi Alice, you are an award winning journalist, author, presenter and drinks expert, but how did it all start? Where did the interest on drinks come from?

I got into drinks writing by accident really. I wanted to become a journalist and the first job I got was as a junior on the late, great trade mag Wine & Spirit International, a magazine that launched many careers!

My first press trip was to the Isle of Jura – it was beautiful, remote, romantic, steeped in history and soaked in whisky. It completely blew my mind. I couldn’t believe you could do this for a living.

And 17 years later I still get just as excited about discovering new places and tastes and people and cultures, as I did back then. The liquid is important, but it’s the whole picture that I find really fascinating.

Inside the Cask: I admit that I am a fan of your writing on drinks and always look out for the next how to spend it feature for example. How do you plan for what subject matter to cover next? Are there topics you are more interested in within the drinks industry?

There is no agenda – these days I just write about what I personally find interesting. Which is a really luxurious position to be in! It’s got to have a good hook though – it needs to be newsworthy. I love doing stories that involve colourful personalities or have a strong sense of place. You can’t do really good journalism just sitting behind a desk. You have to GO THERE. I invest a huge amount of time researching my FT articles.

After 17 years of drinks writing I can offer a certain degree of expertise but I’ve also never forgotten what it feels like to be an outsider. I still think of myself primarily as a journalist, rather than a drinks expert. And I think that helps a lot when you’re writing for an intelligent, but non-specialist, audience like the FT. I always write with my reader very strongly in mind. Someone once said to me that a writer should be like a guide, walking alongside the reader, pointing out interesting things along the way. That’s exactly how I think of it.

I hate any kind of contrived theme – Valentine’s Day, World X Day, Father’s Day. I’ll never do a story suggested by a PR. I love championing underdogs. I’m always pushing to get some kind of unique access or exclusive – sometimes that can take ages to pull off. I love having to think on the hoof. The Prof Brian Cox/Champagne interview (pictured below) I did for the FT is a good example – I met him on a TV show we were doing, he mentioned he loved champagne and I asked if I could interview him for the FT. It took ages and a lot of to-and-fro and ingenuity to bring it to fruition but it was worth it, he was a joy to interview. That’s got to be one of my all-time favourite articles.

Inside the Cask: You released your debut drinks book (‘Ten Cocktails: The Art of Convivial Drinking‘) a few years ago, but how was the process of writing the book itself? Any advice for other wanna be authors out there?

These days it’s no longer enough to simply write the book – writers have to be PR, marketing, designer, public speaker, promoter, everything. It’s a bit of a shock to the system – you file your copy and think you’re done but that’s actually only the first step in the process. You live with that book for at least a year before and a couple of years after. So bear that in mind before you commit to an idea!

Inside the Cask: You also co-founded Imbibe, the magazine for bartenders and sommeliers. How did that idea come about? What were the challenges in bringing it to market?

I wasn’t a founder financially, but I was part of the original editorial team. It was quite radical when it launched in 2007 because it was the first trade magazine I can think of that covered wine AND spirits/cocktail culture. It was exciting to have that cross-fertilisation. And it actually pre-empted the way the market is now going. People are a lot more catholic in their tastes.

Inside the Cask: How can the drinks industry engage with consumers and improve how they communicate with them?

Don’t clobber them over the head with boring facts. Tell good stories (with facts hidden inside).

My family aren’t particularly food or drinks people. But they are inquisitive, adventurous, restless. I can see all that helped shape the way I turned out! My dad’s a journalist. He taught me to be skeptical and a bit outsider-y. My husband is a musician. I have two young boys and a cocker spaniel. I love dogs, nature, gardening (that’s a good reason to write about drinks – it takes you to some of the most beautiful and spectacular places in the world) and walking in the Lake District, where we go a lot.

I am a musician – I’ve had several bands, released an album under the name Alice Gun, did some bad but inexplicably quite successful house music vocals and also toured as the support act for the White Stripes on their last-ever European tour.

Inside the Cask: What would be your advice for anyone else wanting to become a drinks writer?

Read around a lot and find writers you love and really study what makes them great (eg if I read a word or phrase I like I add it to a list I keep on my computer. I also LOVE the thesaurus).

Aside from that – don’t be lazy. Don’t pitch ideas that come from press releases. Read up on the magazine you’re pitching to BEFORE you pitch to it. Only pitch ideas that have been properly tailored to that audience. Meet your deadlines. Stick to the agreed brief. Meet the word count. Check your facts. Don’t be sloppy. Be nice to work with. Don’t be needy. Most editors are massively over-stretched – the more low-maintenance you can be the better. Then you’ll have a job – and an AMAZING job – for life.

I didn’t know anything about it so nothing really!

I love the fact that the drinks industry is full of people who are passionate about what they do – sometimes to a crazy extent. That is wonderful to be around. 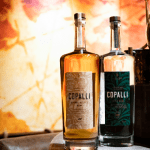 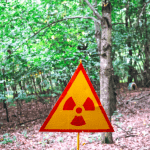 The growing trend of Dark Tourism