A recent amendment to the Scotch Whisky Technical File sets out the range of casks in which Scotch Whisky can be matured or finished.

This amendment by the Scotch Whisky Association (SWA), gives specific guidance on which casks can be used to mature or ‘finish’ Scotch whisky, with new text as follows:

‘The spirit must be matured in new oak casks and/or in oak casks which have only been used to mature wine (still or fortified) and/or beer/ale and/or spirits with the exception of:

and where such previous maturation is part of the traditional processes for those wines, beers/ales or spirits.
Regardless of the type of cask used, the resulting product must have the traditional colour, taste and aroma characteristics of Scotch Whisky.’

The amendment has been lodged with the European Commission by the UK’s Department for the Environment, Food and Rural Affairs (DEFRA) following public consultation, and is now law.

The full technical file (now amended) can be found by clicking here.

Below is the Q&A section by the SWA on the topic:

What is the Scotch Whisky Technical File?

The Scotch Whisky Technical File is used by HMRC to ensure compliance with the main requirements for Scotch Whisky and is essential for maintaining Scotch Whisky’s Geographical Indication status in the UK and EU.

Previously, Scotch Whisky could only be matured or finished in casks that had been traditionally used in the industry – bourbon, sherry, rum , wine, beer to name just a  few. Such casks will continue to be used but some flexibility has been introduced which potentially allows for the use of casks previously used to mature other spirits, as long as a number of conditions are met.

What are the conditions?

So I can’t use cider casks for maturation or finishing of Scotch Whisky? Cider is not a beer/ale, wine or spirit, so would not be allowed.

So if the cask meets all these conditions it is now allowed?

Not necessarily. Firstly, even if it meets the above conditions, any previous maturation must have been part of the traditional process for the alcoholic beverage concerned, and

Secondly and importantly, even if a cask does meet these requirements, all casks used must still result in a spirit which has the taste, aroma and colour generally found in Scotch Whisky.

So that would rule out maturation in gin casks? Correct – maturation is not a traditional process to make gin.

How will the ‘taste aroma and colour’ test be determined?

The law requires Scotch Whisky to retain the colour, taste and aroma which is derived from its production process and protects the reputation of Scotch Whisky against the adoption of practices which would damage that reputation.  If a problem is identified, the SWA’s legal team will investigate whether all the legal requirements have been met and will draw upon wider expertise from the industry when required.

What if I’m not sure?

If any individual or company is considering using a cask which could be regarded as novel in the production of Scotch Whisky, it is strongly recommended to contact the SWA’s legal team at [email protected] – all such enquiries will be treated in the strictest confidence.

The Q&A is being update as and when required by the SWA – for the latest version click here.

For reference: other articles related to the topic with added insight and analysis by Scotchwhisky.com 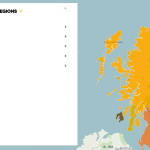 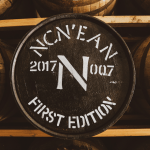