The Whisky Exchange has created a new framework for all of us to help teach people more about rum, and also help drinkers understand not only what is in their glass, but why it tastes like it does. As they say on their blog post, this is merely the start of the journey…

For more than a year, Dawn Davies MW (pictured below) at The Whisky Exchange, has immersed herself in the world of rum. As reported on their own blog, Dawn has been working with rum producers and bottlers to understand how they see their rums and classify them, building on the work that has already been done, including the Gargano Classification by Richard Seale (Foursquare distillery – Barbados) and Luca Gargano – to produce a new classification system and other ways of looking at rum.

They have broken the classification and various other bits of information into three pieces:

Single Traditional Pot Still
Rum distilled at one distillery in traditional pot stills. These produce lower-strength spirits and are usually have a weightier style with richer flavours and character.

Single Traditional Column
Rum distilled at one distillery in traditional column stills. These are stills that consist of just an analyser and rectifier – the two columns found in old fashioned stills for more than a century – even if either column is split to produce a total of more than two physical columns. While these generally produce high-strength spirit, they leave many more flavour compounds in the spirit than more modern designs of still do, giving more characterful rums.

Single Traditional Blended
A blend of traditional pot-still and traditional column-still rums from the same distillery.

Single Modernist
Rum made at a single distillery using modern multi-column stills. These stills consist of more than an analyser and rectifier, and include a hydro-selector/purifier as well as potentially other columns. These generally produce spirit at a high strength and with less character than traditional rums.

Blended Traditionalist
A blend of rums from multiple distilleries that only includes single traditional spirit.

While the technical classification can give you some idea of what a rum will taste like, the distillation process is just one part of rum making. To help find rums based on their flavour, The Whisky Exchange has created six flavour camps, groupings based on flavour that give more of an idea of a rum’s taste.

Light and Uncomplicated
As the name says, these are rums that are lighter in character and don’t have loads of complexity. They are often modernist rums, distilled to high strengths before bottling, either aged or unaged. This is the flavour that has risen to popularity over the past few decades, unintimidating to drinkers unused to intensely flavoured rums and perfect for modern cocktails and mixers.

Herbaceous and Grassy
This camp is mostly filled with sugar-cane juice rums: rhum agricole and its various cousins from around the Caribbean and beyond. You can find out more about molasses and sugar-cane juice rums and how they taste in our rum vs rhum post. It’s not all sugar-cane juice though, with blends and other rums that show a similar character also in the group.

Tropical and Fruity
Often talked about as ‘estery’ rums, these are the spirits that show big fruity flavour, from bananas to mangoes and pineapples. Often found in Jamaica – an island famous for ‘funky’ rums – these have a character all of their own and are a must for rum fans. Fruity rums are also popular in blends, giving a tropical flavour that pulls the resulting releases into this category as well.

Fruity and Spicy
This is the section that most people think of as ‘rum’ – sweet and spicy with a touch of fruitiness. These are mostly aged rums from traditional stills or blends that focus around those flavours, but anything that brings together those characters will feature.

Dry and Spicy
This camp is focused on the flavours of maturation – oaky spices. However, they are very much the drier side of things, without the sticky sweetness and toffee notes you can find in some rums. Often these are aged modernist rums, where the lighter spirit has picked up a lot of cask character, hiding some of its own.

Rich and Treacly
Thick, sweet and sticky: rums that are dark and decadent. These may have high levels of added sugar, have picked up heavier flavours from cask or even have weightiness from how they were distilled, but they all have a big body and rich character in common.

With the flavour camps and our technical classification, you should be able to find spirits that are similar to your favourites and continue your exploration of rum, however, there are a couple more pieces of information that The Whisky Exchange has been researching to let you know even more.

No added sugar or flavourings: when we know a rum has no added sugar or other flavourings, we will say. These rums aren’t necessarily better than others, but the extra information can help understand why a rum tastes as it does and help you choose which rums you want to drink.

Aged solely at origin: where a rum is matured will affect its flavour. If you age a rum in the Caribbean, the climate will lead to very different interactions with a cask than if you age it in Scotland. Again, rums aged at origin will not necessarily be better, but they will be different. Remember, though: rum is made around the world, so a Scottish rum aged solely at origin will mature very differently from a Barbadian one… 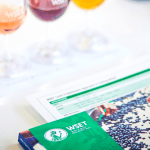 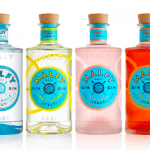