It is that time of the year once again when The Sunday Times newspaper reveals their annual Rich List. As a result, I have updated below some of the Drinks Industry Rich List, based both in the UK and other locations worldwide…

One interesting point is that although the financial returns from the drinks industry may not be quick, over a prolonged period of time they can certainly build up as shown in the table below for a number of well known family dynasties.

Chairman Nobutada Saji’s grandfather made Suntory Holdings a household name in Japan. Founded by Shinjiro Torii in 1899, the company’s family ownership helped Saji’s ability to acquire US distiller Beam back in 2014, and the result is global drinks giant Beam Suntory.

Saji’s nephew Nobuhiro Torii (pictured above), a great grandson of Suntory’s founder, was promoted to COO and executive vice president of Suntory Holdings in 2016.

Charlene de Carvalho-Heineken, 63, took over from father Freddy Heineken after his death in 2002 as controlling shareholder of the Dutch brewer — a role she describes as being “a guardian” of the company founded by her great-grandfather in 1864. Alexander, 33, the oldest of her five children, is on the board of the holding company. Amstel, Red Stripe and Tiger have been folded into the Heineken stable, now one of the world’s top three brewers. It is worth £44bn, up £7bn in a year, with profits rising by 25% to £1.7bn in 2017.

Marcel Hermann Telles (pictured below, far right) is one of the controlling shareholders of Anheuser-Busch InBev, the world’s largest brewer, of which he owns a minority stake.

Most of Carlos “Beto” Sicupira’s wealth comes from his shares of Anheuser-Busch InBev, the world’s largest brewer, in which he owns about a 3% stake (pictured above, far left).

Jean-Pierre, now President, joined in 1970 and has turned it into one of France’s largest spirits groups, with a portfolio of international brands. Its brands include Porto Cruz, a leading Port; Label 5 scotch whiskey brand; and Poliakov, France’s top-selling vodka. More recently they have also acquired the Cutty Sark blended scotch whisky brand.

The family behind William Grant & Sons remains in buoyant health, with their combined wealth up by £310m vs. 2018.

William Grant & Sons was founded by the Grant Gordon family in 1887 and has grown to become one of the leading players in the international spirits trade. The company produces some of the world’s leading brands of Scotch whisky, including Glenfiddich, The Balvenie and Grant’s. In addition, it also produces Irish whiskey Tullamore D.E.W  and the Drambuie liqueur brand. The business is chaired by Jersey-based Glenn Gordon, 60, the founder’s great-great-grandson. The family tops the Rich List ranking in Scotland as the country’s wealthiest. Founder William Grant pictured below (extreme left).

Bert “Tito” Beveridge is the founder and sole owner of Tito’s Vodka. Tito’s vodka is one of the fastest growing spirits brands in America, selling an estimated 44 million bottles of vodka in 2016.

In 2004 Rolls launched his Fever-Tree Drinks brand with Tim Warrillow, having lamented the lack of high-quality mixers while running his Plymouth Gin business.

The West Lothian-based Ian Macleod Distillers totted up £11.5m profit in 2016 and with £51.1m assets is a £125m family-owned operation. Their combined wealth has increased by £25m in the last 12 months. 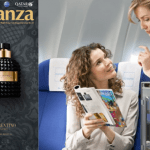 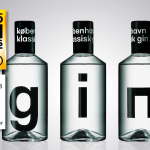