If you live in a country where Gin is widely consumed, you will know that Gin Liqueurs (some examples pictured below) are now in a category of their own, whether being added to a cocktail, mixed with prosecco or neat on the rocks. But they are not gins, despite the wide misconception by some of the public, and now vodka brands are looking to follow a similar approach with the launch of their very own fruit-flavoured spirits…

For reference, below are some previous Inside the Cask blog postings on topics relating to Gin, just click on the relevant link:

These new products being released by vodka brands, are moving away from the tried and tested flavoured vodka approach, which has been traditional for vodkas from Russia and Poland for centuries, using local flavours, and instead taking cues from gin brands.

The target is to remain relevant to consumers in a crowded drinks market place, tapping into trends such as the healthy conscious, which is why these new drinks tend to be lower in alcohol (abv) and also lower in sugar, thus the reason for not being referenced to as a ‘Liqueur’ (in Europe this would have to be as a minimum at 15% abv and 100g of sugar per litre).

“Vodka and soda is probably one of the best-known, low-calorie options. We’ve seen a huge rise in ‘healthy drinking’ in the last few years – and vodka is being lifted by that health movement and people wanting fewer calories.” James Chase, Chase Distillery

For reference – previous Inside the Cask blog posts related to this topic:

Another well known example of flavoured vodka is Absolut vodka from Sweden. They are now also looking to offer an alternative flavour option to their consumers, with the release of Absolut Juice Edition. Two flavours are available (Strawberry and Apple) for this flavoured spirit at 35% abv in a 50cl bottle.

Back in 2017, Stoli Vodka launched Stoli Crushed in the US, a mix of real fruit juice and the vodka’s gluten-free expression. The product was released at 30% abv in two flavours on a 75cl bottle: Pineapple and Ruby Red Grapefruit. This approach was also taken by Diageo with Smirnoff Sourced.

In order to tap into the expectations of an increasingly health conscious consumer base, vodka brands are now actively releasing lower abv products designed to be paired with soda and other sparkling mixers, for a lower calorie alternative drink.

At the start of 2019, Glen’s Vodka launched their own low abv flavoured spirits at 20% abv in a 70cl bottle: Glen’s Peach and Passionfruit and Glen’s Strawberry and Apple, both based on Glen’s Vodka with added fruit flavours.

“The growing interest in flavoured spirits and increasing demand for lower alcohol products presented an opportunity for us to expand the range. The flavoured spirits will sit alongside our Glen’s Vodka and the more premium Glen’s Platinum.” Alisha Goodwin, Glen’s Brand Manager

Ketel One is trying to take the Gin approach by emphasizing the botanicals involved and their production process, which involves distilling Ketel One vodka with fruit and herbal essential oils. The new product – Ketel One Botanical – comes in at 30% abv in a 70cl bottle with three expressions: Grapefruit & Rose, Peach & Orange Blossom, and Cucumber & Mint.

The latest releases comes from the vodka brand Moscovskaya, bringing a modern twist to Russian infusion traditions. They are releasing four unique and authentic Moskovskaya Infusion alternatives at 32% abv in a 50cl bottle: Horseradish and Honey, Pickle and Dill, Ginger and Lime, Cranberry and Lime.

“The market is changing, consumer habits are changing, and we are bringing a new twist that builds on old vodka and infusion-making traditions and enriches them with East European botanicals and spices. For some this will be something new and worth trying, for others – something they have been waiting for for years,” Renatas Alekna, Global Brand Director of Moskovskaya Vodka

But if you want to make your own fruit flavoured infusions, just follow the lead from the BBC on the link here: How to make flavoured spirits 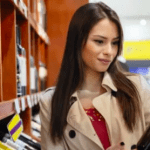 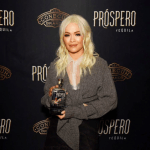