Amázzoni premium gin was founded in 2017 and it is the first ever in Brazil to have its own dedicated distillery for gin only.

The brand was created by Alexandre Mazza (pictured above left), Arturo Isola (above right) and Tato Giovannoni. More recently in 2018, the French drinks giant Pernod Ricard has invested in the company, the first investment in Brazil in over 15 years, however the investment value and shares held have not been disclosed and are not in the public domain.

At 42% abv, the World Gin Award judges described the gin as:

“Bright zesty menthol and citrus aromas with a dusty earthiness underneath. Soft, gentle floral over a juniper core on the palate. A nice peppery, stalky floral finish. A solid example.”

All those eleven ingredients are macerated in cereal alcohol and the out-coming infusion is then spilled into their copper alembic still Estrela, the first ever designed in Brazil, the beating heart and pride of their gin only distillery in Fazenda Cachoeira, in Porto Real. Amázzoni gin uses a recipe and a method of classic distillation, finished with the presence of Amazonian botanicals, just to emphasize the Brazilian soul.

The distillery capacity was increased recently to 30,000 bottles/ month, with around 10% of production being exported abroad and they have also expanded to allow for visitors – the location is around 130 Km from the city of Rio de Janeiro.

In 2018, the Amázzoni gin brand and distillery was recognised at the World Gin Awards with Best Brazilian London Dry of the Year and the Best World Craft Producer of the Year awards. Interestingly, there are 18 craft gin brands from Brazil at present, however only 2 have stills specifically for gin (the others use stills designed to produce the local national product, cachaça).

The next release from this distillery will be the Amázzoni Rio Negro gin (pictured below), at a higher 51% abv and with a different botanicals set up, aimed at the cocktail trade. 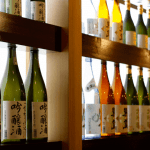 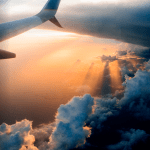