Japan’s national drink – saké or sake 酒 – is a fermented rice wine also known as nihonshu (literally, “Japanese liquor”) in Japan. It is typically poured from a tall bottle called a tokkuri and drunk from a sakazuki, a small porcelain cup, and it has been part of Japanese culture for more than 2,000 years.

Most people will probably have come across sake for the first time at a sushi restaurant, either hot or cold, being served in little cups. I recently met Marco Destefanis (pictured below) one of the co-founders of Hiro Premium Japanese Sake, who was happy to shed some light and provide me with information on the world of Sake.

The main sake production prefectures of Japan are Hyogo, Kyoto and Niigata. For a brief history of Sake – click here for an article by Dave Afshar.

Sake is brewed using highly polished saka mai rice, water, a mold called Aspergillus oryzae (interestingly also used in the fermentation of soy sauce), and yeast. Fine sakes are aged for a year or more, and most variations have an abv content of between 15% to 20%. There is also a strong undiluted sake, called Genshu, which might have an abv of 20% or more.

The site Urban Sake has produced a pdf file (pictured below) with the production process in one page.

There is Ordinary Sake (or Futsu-shu) which constitutes the bulk of the volume of sake produced, and Special Designation Sake, of which there are a number of different varieties. As the chart below indicates (courtesy of site Urban Sake), the main sake classifications are influenced by two main factors: Sake Ingredients and the Rice Milling Percentage.

Junmai is the Japanese word meaning “pure rice” (純米). This separates pure rice sake from non-pure rice sake. Junmai is brewed using only rice, water, yeast, and koji — there are no other additives, such as sugar or alcohol. Unless a bottle of sake says “junmai”, it will have added brewers alcohol and/or other additives. It tends to have a rich full body with an intense, slightly acidic flavour.

Note that for non-Jumai sake, additives such as distilled brewers alcohol are used by skilled brewers to change and enhance flavour profiles and aromas, and these can make for some very smooth and easy-to-drink sake. Below are the definitions of the different sake types (courtesy of Boutique Japan blog):

Honjozo (本醸造) also uses rice that has been polished to at least 70 percent however it contains a small amount of distilled brewers alcohol, which is added to smooth out the flavour and aroma of the sake. Honjozo sakes are often light and easy to drink.

Ginjo (吟醸) is premium sake that uses rice that has been polished to at least 60 percent. It is brewed using special yeast and fermentation techniques. The result is often a light, fruity, and complex flavour that is usually quite fragrant. It’s easy to drink and often served chilled. Junmai ginjo is simply ginjo sake that also fits the “pure rice” (no additives) definition.

Daiginjo (大吟醸) is super premium sake (hence the “dai,” or “big”) and is regarded by many as the pinnacle of the brewer’s art. It requires precise brewing methods and uses rice that has been polished all the way down to at least 50 percent. Daiginjo sakes are often relatively pricey and are usually served chilled to bring out their nice light, complex flavours and aromas.Junmai daiginjo is simply daiginjo sake that also fits the “pure rice” (no additives) definition.

The product range from Hiro Sake in the graph below, showcases the different sake styles produced and the split in volume share between the ‘Ordinary’ or Futsu-shu sake and the more Premium options available in the market (totalling 12%), whether Junmai or not.

Although sake can be brewed with any kind of rice, the best sake is produced from japonica (short or medium grain) rice. For producing top class sakes such as ginjo and daiginjo types, premium rice developed for sake brewing known as saka mai 酒米 (sake rice) is used. The types of saka mai rice are as follows:

A very detailed reference blog post for Sake can be found on the Boutique Japan page, Sake 101: A Beginner’s Guide to Sake.

Another excellent source of more in-depth information on Sake can be found courtesy of the self-entitled Sake Samurai, Blogger and Teacher, Timothy Sullivan (pictured below) and his Urban Sake blog. Timothy is also a Brand Ambassador for Niigata sake maker Hakkaisan.

To fully appreciate the sake’s bouquet and range of flavours, Timothy recommends using a wine glass, rather than the small cups commonly used to serve sake in Japan.

For reference, Timothy has also created a Sake Glossary – click here for the link to Urban Sake.

There is even a World Sake Day! The date is the 1st of October and this was designated by the Japanese sake industry as “World Sake Day” or in Japanese “Nihonshu no Hi” (pronounced: knee-hon-shu-no-hee). 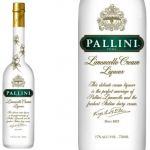 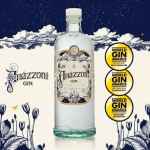