Heathrow climbed to the best year in its history after eight years of consecutive growth. For the first time, Heathrow welcomed a record-breaking 80.1 million passengers (+2.7% vs 2017) whilst delivering excellent service at a lower cost. Airport charges fell 1% to £21.78 and 81.9% of passengers said they had an “Excellent” or “Very Good” experience at Heathrow.

Domestic connections growing – Heathrow’s domestic connections are set to grow to 9 as new services to Newquay begin in April. Following the re-launch of the Inverness services, the UK’s two furthest mainland airports will now be connected to the nation’s hub boosting trade and travel opportunities.

“2018 was the best ever year at Heathrow.  We were voted best airport in Western Europe by passengers, while continuing to drive down costs.  We improved safety and closed our gender pay gap.  We were named “Responsible Business of the Year” and won an overwhelming parliamentary majority in support of Heathrow expansion.  We remain on track to open the new runway in 2026.  I am very proud of the outstanding work of 76,000 colleagues across the airport, who are delivering for Britain.” John Holland-Kaye, Chief Executive Officer of Heathrow

Robust financial performance – Heathrow remains a well-run business in strong financial health with revenues climbing 3% to nearly £3 billion on the back of strong retail spend and increased demand to fly – supporting £793 million of investment into the airport. Adjusted EBITDA climbed 4.4% to £1,837 million. Remaining competitive in the lead-up to expansion remains a priority, with a focus on efficiency resulting in operating costs per passenger falling 2% to £14.14.

Heathrow bucks the infrastructure investment trend – Heathrow remains unique amongst global infrastructure assets, raising close to £2.3bn from private investors across seven currencies (up from £1bn in 2017). Growing demand to invest in Heathrow underpins the airport’s plans to entirely privately finance expansion and builds the airport’s financial resilience ahead of Brexit (extending our liquidity horizon to March 2021).

Expansion momentum as masterplan takes shape – Following one of the largest ever parliamentary majorities on the Airports National Policy Statement, Heathrow’s preferred masterplan continues to take shape. The airport will release the detailed plans in further consultation in June 2019, and remains on-track to submit a planning application in 2020 and for the first flights to use the new runway in 2026.

Note: This is a copy of the press release issued by Heathrow 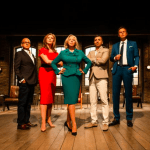 The Drinks brands in the Dragon’s Den 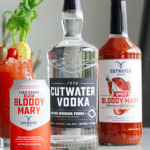 Latest M&A in the Drinks Industry