Exports of Scotch whisky grow to a record £4.7bn

Official figures from HM Revenue and Customs (HMRC) have revealed a strong year for Scotch Whisky exports in 2018, with global growth by both value and volume.

The United States became the first billion pound export market for Scotch Whisky, growing to £1.04bn last year. The EU remains the largest region for exports, accounting for 30% of global value and 36% of global volume.

Blended Scotch Whisky underlined its position as the bedrock of the industry with global exports of £3.04bn. There was further growth in exports of Single Malt Scotch Whisky, growing by 11.3% in 2018 to £1.30bn.

“These figures underscore strength of the Scotch Whisky category, which has continued to grow despite the challenges posed by Brexit and by tensions in the global trading system. A key driver for global growth is the growing market for premium spirits. Scotch Whisky is in a great position to take advantage of this given its unrivalled reputation for quality, authenticity and provenance.” Karen Betts, SWA Chief Executive

“However, the industry does not take continued growth for granted. We operate in a competitive global marketplace and so a competitive business environment in Scotland and across the UK is vital to Scotch Whisky’s success.”

“For Scotch, that means fair and balanced regulation and taxes, including excise duty, to give distillers the confidence to invest in future growth. We also want to see the UK and EU agree to an open and positive future relationship, which delivers frictionless trade with the EU, and the UK to secure ambitious trading relationships with key markets around the world.

“In that context, it is important to our industry, as to many others, that the UK does not leave the EU without a deal at the end of March. We are urging the government and Parliamentarians to work together constructively and pragmatically to ensure that an agreement is reached as quickly as possible.”

In 2018, Scotch Whisky exports by global region (defined by value) were:

Please note that data is subject to revision by HMRC in the coming months.

Note: This is a copy of the press release issued by the Scotch Whisky Association (SWA)

Please see also the Inside the Cask blog post: Exports of Single Malt Scotch Whisky increased by over 14% to £1.17bn 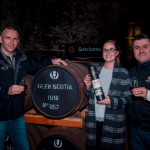 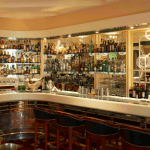