China’s national liquor – Baijiu 白酒 – is the planet’s most-consumed spirit but little-known beyond China. It is a product mostly misunderstood by foreigners and literally translated as ‘white alcohol’. But what else is there to know about this traditional Chinese spirit….

Baijiu is one of the top 5 traditional and ancient alcoholic drinks in China as per the picture below (for more information see the source link: Beverage Trade Network).

The others are as follows:

Baijiu (Chinese: 白酒; pinyin: báijiǔ), is pronounced “bye-joe”. It can be classified into the one of the following flavour categories: strong, light, sauce (soy), rice and mixed.

For detailed information on how Baijiu is made – check out this link to the Baijiu Blog.

According to the Chinese tradition, baijiu is served neat at the room temperature. It is a tradition to drink baijiu in small cup or glasses with food rather than on its own. It remains a staple of Chinese culture since ancient times just as alcohol remains a gift of choice for most in the country.

Distillation techniques introduced from abroad, during either the Song (960-1270) or the Mongolian Yuan (1271-1368) dynasty, resulted in the origin of Baijiu, once mixed with the local domestic brewing art. It became a drink beloved by the farmer and the labourer, whilst huangjiu (one of the Top 5 traditional alcoholic drinks in China) remained popular with the aristocracy.

Baijiu spread to every Chinese province throughout its history and as it travelled, it evolved into several distinct spirits. In the southeast, it took the form of lighter rice spirits. In the rest of the country, Chinese sorghum, which is called gaoliang, became the major grain of choice. Sorghum was fermented in earthen pits in the southwest and in clay jars in the northeast. Almost every city and village developed its own recipe and techniques, passed down from one generation of distillers to the next.

Around the fall of the Qing Dynasty, China began pushing for modernization and globalization. In 1915, the government sent a delegation of alcohol producers to the Panama-Pacific International Exposition in San Francisco. Moutai and Xinghuacun returned home with a burgeoning awareness of the Chinese alcohol industry’s relative shortcomings and a desire to catch up with their global counterparts. However, many of China’s best known producers actually emerged out of the wave of consolidation and industrialisation created by the Chinese Communist Party after they seized power in 1949. This led to a direct improvement in the quality and consistency of baijiu.

Please note that some of the content above on Baijiu history comes courtesy of author Derek Sandhaus (pictured below).

Aside from the content available online, an interesting book to read if interested to know more about the subject is written by American author Derek Sandhaus who released ‘Baijiu: The Essential Guide to Chinese Spirits‘. It all started back in 2011, when Derek began tasting every brand of baijiu he could get ahold of whilst recording his experiences on his blog 300 Shots at Greatness.

“I think the main thing that made me want to write about baijiu in English was just the fact that is such an important part of Chinese culture, and it’s almost universally misunderstood by the foreigners who are living and working in China.” Derek Sandhaus

This book is the best guide to the main types of baijiu in China, describing many brands, how they are made, and what they are famous for. More than an introduction to the subject, this book is worthwhile buying if you plan to explore baijiu or are seeking to widen your experience with this Chinese liquor.

One perhaps surprising fact for those of us from outside of China, is that Baijiu brands are some of the world’s most valuable spirits brands, accounting for 37.5% of total value. Source: Spirits Top 50 report by Brand Finance.

“The big three Chinese baijiu brands have taken the podium because of the extraordinary celebratory culture that the Chinese customers hold for their products. These are brands that have remarkable value based upon centuries of tradition. It will now be interesting to see whether they will translate this success across China to global markets as they make their first steps in Europe, US, Canada, and further afield.” David Haigh, CEO of Brand Finance

The Top 5 Baijiu brands are as follows (for the full Top 10 and more information on each brand, click on the source link: Baijiu Blog):

There is even a ‘World Baijiu Day‘ celebrated this year on 9th August to raise awareness of the product beyond China and created by Jim Boyce (Great Wall of China blog)….Ganbei! 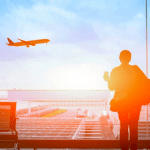 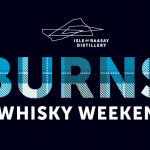 Have a Burns & Whisky Experience at Isle of Raasay Distillery