Passengers are reminded of the consequences of drinking irresponsibly as airports prepare for large number of passengers flying home for Christmas. The campaign is backed by a growing number of airports and airlines in the UK.

The aviation industry announced a new winter ‘One Too Many‘ campaign to remind the expected 4.5m passengers set to jet off from the UK during the festive flying period to behave responsibly or risk stiff penalties.

This is the start of the busiest flying week of the season with the 23rd December expected to be the overall busiest day for British airports as over 910,000 people will arrive or depart on 5,400 flights.  The Government-backed winter campaign follows on the heels of the successful summer launch and brings together the major trade associations in the aviation industry.

Travel retailers, airlines and airports have joined forces to raise awareness of the consequences of drinking to excess when flying. The airports who participated in the summer campaign, ManchesterAirport Group (Manchester, Stansted and East Midlands), Newcastle International, Birmingham, Bristol, Gatwick and the AGS Airport Group (Aberdeen, Glasgow and Southampton) will again take part in the winter campaign. They are now joined by Heathrow Airport, Liverpool John Lennon Airport and Belfast International, bringing the total number of airports participating to thirteen.

The original campaign ran for ten weeks from the 27th July to remind passengers that they could be denied boarding, face fines of up to £80,000, or jail for serious disruptive incidents. Incidents of disruptive behaviour are rare, but can be costly, cause substantial delays, and inconvenience fellow passengers and staff. Point of Sale displays, Food and Beverage retailer notices and digital signage were deployed in the partner airports and were accompanied by a national Facebook, Instagram and Snapchat social media campaign which reached over 1.6 million people.

A new social media campaign has launched fora ten-week period, complete with revamped campaign imagery aimed at those flying home for Christmas, making the most of the ski season or jetting off in search of winter sun.

The UK Aviation Minister Baroness Sugg (pictured below backed the campaign at launch.

“The festive period is a time for celebration and while most UK air passengers behave responsibly when flying, we are clear that drunken and disruptive behaviour will not be tolerated. Travel should be safe and enjoyable for everyone and we fully support the ‘One too Many’ campaign and the industry’s commitment to tacking anti-social behaviour.” Baroness Sugg

Francois Bourienne, Chair of the UK Travel Retail Forum commented:“We are pleased that IATA, AOA and AUK have joined us again to reinforce to passengers flying over the winter season that irresponsible drinking and the associated behaviours will not be tolerated.  These incidents were already rare, but we’re pleased to have experienced a reduction. For example, at Glasgow Airport incidents were reduced by 30% over the summer months in light of highlighting the zero-tolerance approach.

“Christmas is always a busy time across the UK’s airports and we expect this year to be no exception. There will also be no exceptions for those who behave disruptively, and stiff penalties are already available to deal with those who inconvenience others through their behaviour. We encourage passengers to enjoy their journey and be mindful of their fellow travellers as they make it home or to their holiday destination.” Francois Bourienne

Rafael Schvartzman, Regional Vice President for Europe at IATA also commented: “The issue of disruptive passengers has always been taken very seriously, as when they do happen the impact has serious consequences for fellow passengers, employees working in the air and at the airport, as well as for the passenger causing the disruption.

“Disruptive behaviour over the Christmas period is not confined to airports or air travel. However, as it is a busy season for flying,we want to make sure no one’s journey is affected by another passenger’s behaviour. The ‘One Too Many’ campaign will help to prevent this as much as possible and raise further public awareness of the clear consequences of disruptive behaviour while flying.” Rafael Schvartzman

Note: This is a copy of the press release issued by the ‘One Too Many’ Campaign

For a copy of The UK Aviation Industry Code of Practice on Disruptive Passengers – click here.

UKTRF is the leading membership organisation for promoting the interests of the duty free and travel retail business in the UK and has been an influential voice for the industry since its foundation in 2000. Current members include major airports, shop operators, airlines, agents and distributors, and the manufacturers and suppliers of wines and spirits, tobacco, beauty, fashion and confectionery products. www.uktrf.co.uk/

Founded in 1934, the Airport Operators Association is the national voice of UK airports. The AOA is a trade association representing the interests of UK airports, and the principal such body engaging with the UK government and regulatory authorities on airport matters. www.aoa.org.uk

The International Air Transport Association is the trade association for the world’s airlines, representing some 290 airlines or 82% of total air traffic. IATA supports many areas of aviation activity and helps formulate industry policy on critical aviation issues. www.iata.org

Airlines UK is the trade body for UK registered airlines, with members representing all sectors of the industry. Airlines UK works with governments, regulators and legislators to promote the interests of UK airlines, and with organisations across the sector to encourage long-term and sustainable growth in aviation. www.airlinesuk.org/ 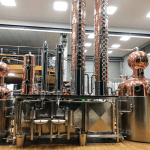 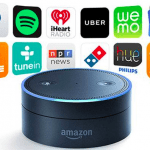