The Inside the Cask blog has been a passion of mine since its inception in 2016, and the number of visitors to the site and subscribers to the blog continues to grow. A big thank you to all my readers and followers out there. Here are the top 5 blog postings for 2018!

Just click on the link for each of the posts in order to view the full blog.

Number 4 – Your bottle of Japanese whisky may not be ‘whisky’ nor from Japan….

The popularity of Japanese whiskies has grown tremendously over the last few years and genuine Japanese whisky brands, such as Hibiki may have some of their products restricted in allocation or no longer available due to the limited quantity of mature stocks in the short term. This is a choice made by the brand owner to protect their image and the perception of the Japanese whisky category. However, are other brands and products claiming to be Japanese whisky, taking shortcuts and looking for loopholes to avoid the supply issue? Are you sure your bottle of Japanese whisky is really ‘whisky’ as you know it and 100% from Japan?

There are few career paths more enticing than working in the Drinks Industry. Since the inception of the Inside the Cask blog, I have been contacted by numerous people about how to have the opportunity to work with beer, wine or spirits and pursuing it as a career. This question has come up again and again and I have decided to capture some of the advice given in the form of 6 steps below…

Number 1 – The differences between Scotch and Japanese whisky

This blog posting continues to remain extremely popular since its first airing in 2016. It has taken the top spot in 2016, 2017 and 2018 now. As we know, Japanese whiskies were first modelled on Scotch whiskies and are produced in much of the same way. However, despite both calling it ‘whisky’ (without the ‘e’ as per the Irish and Americans) there are differences in places….

However….the Latest Jobs page also continues to be incredibly popular, which I am delighted about as it helps those wanting to get back or get into the drinks industry. I hope quite a few people out there have found the jobs for them with a very small help from my side…the jobs page is visited regularly by a high numbers of visitors. 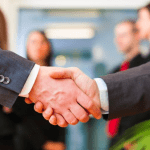 The Challenge to the Buyer/ Supplier Relationship 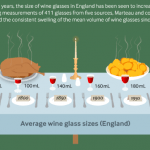 The Growth of Wine Glasses (and Drinking) through History