Supermarkets rely heavily on science to drive consumers to shop whilst instore, especially in places such as the UK where the competition over the last few years has continued to grow with online shopping such as Amazon on one side, and discount stores such as Aldi and Lidl on the other.

Brands through their packaging, work in conjunction with supermarkets in their design and behaviour, to drive consumers to spend money and become shoppers. For proof of whether this works, just think about how often do most people go into a supermarket to buy one or two items and yet come out with a whole raft of products in their shopping basket. 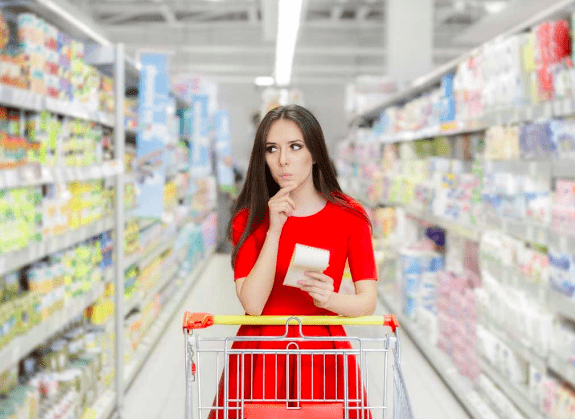 Dr Herb Sorensen (pictured below) is a scientific advisor to the retail and shopper practice of TNS Global, as well as serving as Adjunct Senior Research Fellow for the Ehrenberg-Bass Institute for Marketing Science at the University of South Australia. Since the late 1970s, his market research has focused on shoppers at their points of purchase, capturing their behaviour, motivations and perceptions. 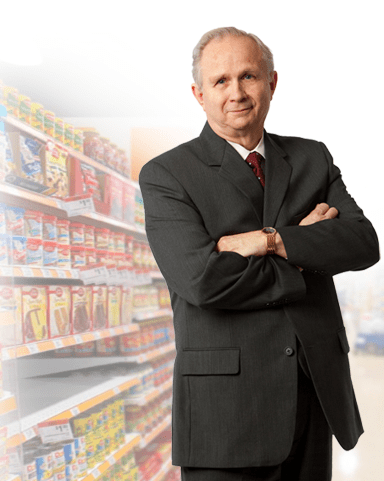 Retailing is a relationship business as Dr. Herb has written on ‘The three shopping currencies‘. The principle behind these ‘Shopper Currencies’ is that there are three crucial elements to a shopper’s experience which are interlinked:

This is why, for example, you will feel better about spending a little more (money) for something that is quick (time) and stress-free (angst).

Another aspect of shopping psychology at supermarkets relates to their physical presence, including from where they have the location of different food categories to how each shelf is laid out, all in order to drive us to spend more money whilst feeling satisfied with the shopping experience.

“Nothing in the store is by accident. Everything is by design,” says Paco Underhill, author of “Why We Buy: The Science of Shopping”

Dr. Jeffery Bray, principal academic of consumer behaviour at Bournemouth University, talks about the ‘shopping speed’, which relates to the 10 paces it takes for the shopper to adapt and slow dow as they enter the store. 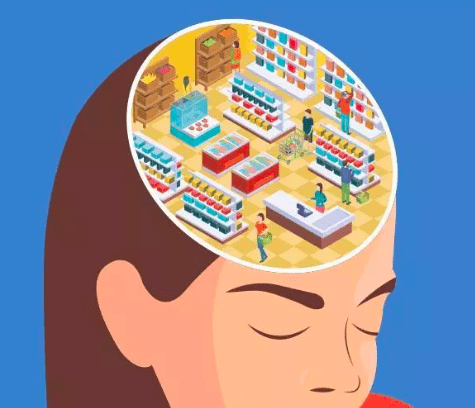 Classic layouts start with a ‘decompression zone’, an open, uncluttered space that lets shoppers relax and this is sometimes extended outside, with plants and flowers by the entrance (such as in Waitrose). These outdoor displays slows down our ‘shopping speed’ before we even reach the front door. Discounter stores do not have the space, as they tend to be smaller in size and therefore they use other methods, such as forcing consumers to slow down and stop by introducing a 90 degree turn at its entrance.

Too much time spent shopping can also be a problem for consumers to remain in rational control – the typical supermarket stocks over 30,000 skus (stock keeping units), and yet most of us will only ever purchase 300 different product lines, so there is a desire for shop lay-outs to be easy to navigate to allow us to find what we need or want.

The demands of so much decision-making as we navigate through the store quickly becomes too much for us. After under 30 minutes of shopping, most people stop struggling to be rationally selective, and instead begin to shop emotionally—which is the point at which we accumulate the extra stuff in our shopping trolley that we never intended buying. 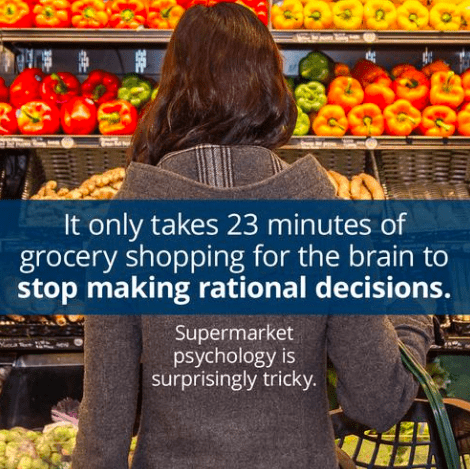 According to Dr. Bray, supermarkets use non-food aisles to act as a psychological trigger and slow down and browse, in order to tempt you away from your pre-planned shopping list. However the most important factor is for supermarkets to ensure consumers find the store easy and convenient to shop, with quick access to the product categories they are looking for, as otherwise this could impact negatively on the ‘shopper currencies’ and the future relationship between the consumer and the retailer.

Prospective shoppers can also suffer from ‘choice overload’, as Sheena Iyengar, author of The Art of Choosing, showed through an experiment that involved product demonstrations using jam in matched stores. Sheena Iyengar believes that we can only deal with a limited amount of choice and that when we get too much choice, we get overwhelmed and then we tend not to choose at all.

In one condition of the study, six varieties of the jam were available for tasting. In another, 24 varieties were available (pictured below). In either case, the entire set of 24 varieties was available for purchase. The large array of jams attracted more people to the table than the small array, though in both cases people tasted about the same number of jams on average. When it came to buying, however, a huge difference became evident. Thirty percent of the people exposed to the small array of jams actually bought a jar; only 3 percent of those exposed to the large array of jams did so. 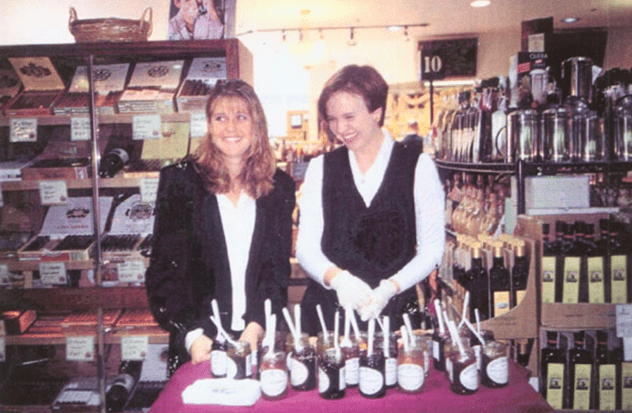 The next stage of influencing the consumer to become a shopper is at the shelf itself, once they arrive at the location for the product category that they were looking for. This is the ‘moment of truth’, the point when people standing in the aisle decide what to buy and reach to get it.

Technology is making the process of monitoring shopper behaviour easier. We know that people will generally look at the shelf in the same way as they read a book, from left to right. They start at eye level and will continue to scan up and down only once they have not found what they were looking for. This is also why this easy to access, middle area of the shelf is called the ‘volume area’. This is home to the ‘better’ products from big brands to mid-range own-brand items. As a general rule supermarkets split vertically the space on shelf into ‘good, better and best’, whereby the bottom shelf is where the cheapest products are located (the ‘good’) and the top shelf where the most premium products sit (the ‘best’). 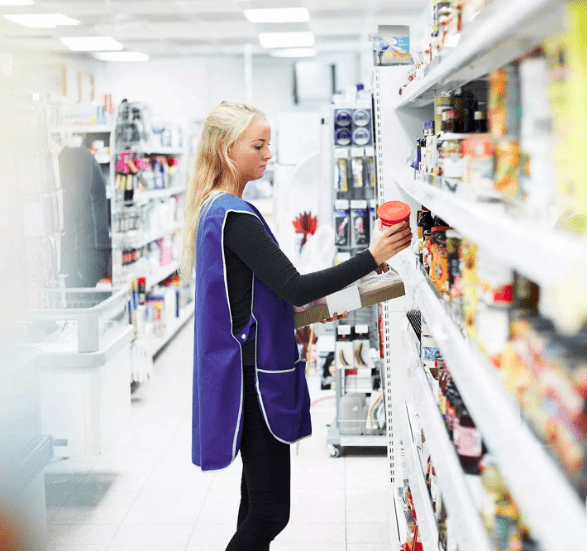 And finally….be wary of ‘special offers and promotions’, as some of them may just be too good to be true….

Note that whilst I am not implying that supermarkets in the UK or elsewhere use fake promotional pricing (as per the Dilbert cartoon above) Which? research has found that stores use other methods to influence the consumer looking for a bargain such as stacking full-price items close to multibuy deals – resulting in confusion and leading to unplanned purchases. Shoppers may think that the full-price item is part of the deal and pick it up as a perceived bargain.

A study by Which? has also revealed that stores often use red stickers on items to imply a bargain or special price. For example, a red label may say “Only £1” and the consumer could take this to suggest the item is on offer, when in reality it has always cost £1.

On a final thought, as The Economist stated we still have a long way to go in order to influence the consumer….

“The science of shopping is a marvellously sophisticated business; the practice is still a little more primitive.” 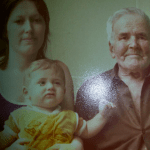 Travel, Migration and Me 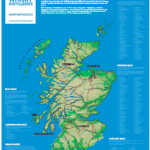 The Big Map of Scotch Whisky