I stumbled upon this Bavarian style inn and micro-brewery at Munich International Airport, and found that they had opened the brewery almost 20 years ago in the late summer of 1999 with two home brewed beers…. 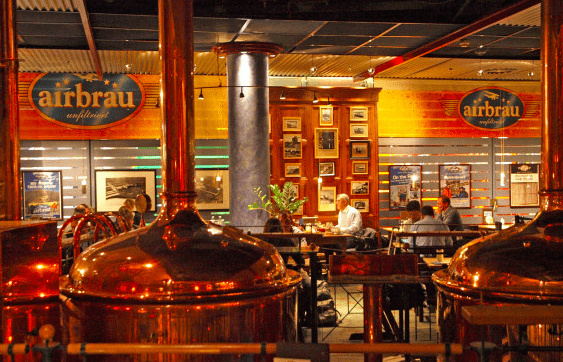 They are possibly still the only airport brewery in the world and given its location, it should come as no surprise! They seem to be very popular with beer fans worldwide with 350 hectolitres of beer sold every month. 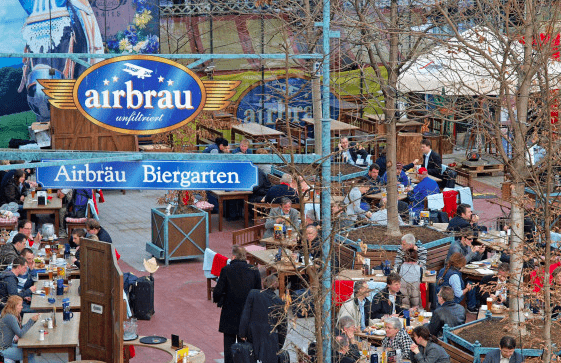 The brewing sessions take place in the main restaurant, where beer fans can sit around the brew kettles and observe the process of brewing, following the beer’s storage in 530-gallon kettles. Eight different beers are now brewed under the watchful eye of master brewer René Jacobsen, with three standard beers served all year round: FliegerGuell, a classic ale, Kumulus, a refreshing weissbier, and Jetstream, the traditional Pisner. The other fiver are seasonal beers: a double bock, a malty weissbier, a light summer beer, one Bavarian festival beer and a dark winter one. 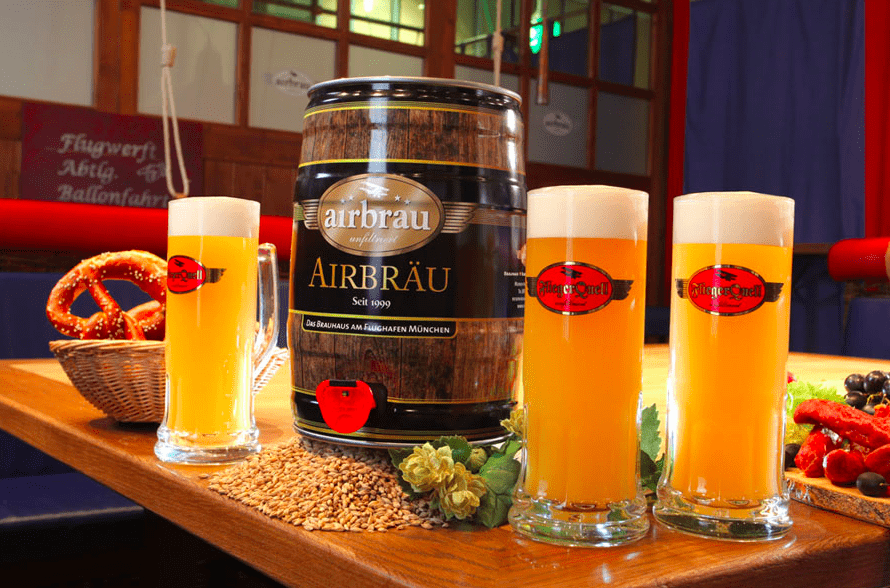 This also includes Europe’s largest roofed-in beer garden, typically open between May and October, and the venue welcomes around 2,000 guests every day which may also be partially due to the reasonable prices, as a pint of beer costs 2.75 euros.

Given that Oktoberfest is coming up soon, maybe now is the time to book that flight to Munich and ensure that you include the airport and its brewery tour as part of the schedule….Prost! 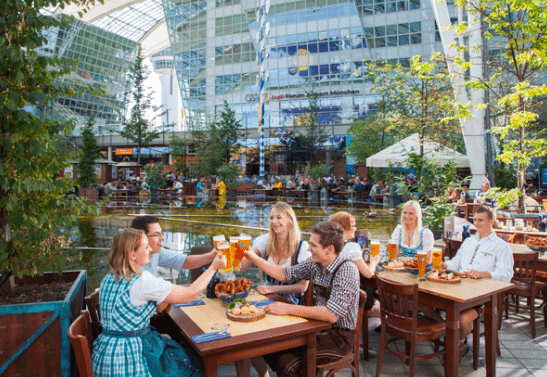 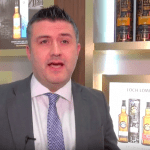 Reflecting back on 2 years at Loch Lomond Group 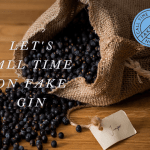