24 Hours in the Phoenicia Beirut Hotel

Or more specifically, into the history of The Phoenicia InterContinental, which opened its doors in 1961 in Beirut, Lebanon. The Phoenicia Hotel was a dream for Najib Ibrahim Salha, a prominent Lebanese businessman educated by a Scottish Presbyterian, who in 1953 envisioned to build a world class hotel on the shores of Beirut. With a group of investors, Mr. Salha, founded “La Société des Grands Hotels du Liban” and invited leading American architect Edward Durell Stone to fulfill this dream. The same architect whose name was associated with New York landmarks such as Radio City Music Hall, the Museum of Modern Art and the Rockefeller Center…

This wonderful landmark for Beirut opened in 1961 (picture above) and is situated in the hotel quarter of the city, in Minet el Hosn.

“The country of Lebanon has been a settled community since the Stone Age. The people who really put it on the map however were the Phoenicians who, around 3000 years ago, got a reputation as the Mediterranean’s slickest salesmen. This talent for giving the customer what he wants has survived and flourished – and, directly accounts for today’s rediscovery of Lebanon by the western world’s affluent society of tourists” Life Magazine, January 7th 1966

The Phoenicia has also been prominently featured in cinema history as reported on BlogBaladi, “throughout the years, Phoenicia has appeared in numerous movies including the Mickey Rooney film Twenty-Four Hours to Kill in 1965, Agent 505- Todesfalle Beirut, in 1966, Circle of Deveit in 1981, Je Veux Voir / Badeh Shouf with Catherine Deneuve in 2008. The famous Rock band Scorpions even shot their song “When you came into my life” in Phoenicia as well.”

In 1967, the Phoenicia added a second tower (pictured above) to increase the amount of rooms after its phenomenal initial success, where the almost constant occupancy level of 100% by tourists mainly from the USA, Europe and Gulf States meant that prospective customers had to be turned away.

The 60’s and 70’s period were the golden age of Beirut, the time when the city was referred as the Paris (or Switzerland) of the Middle East and a vibrant tourist destination. See the video at the end of the blog for a short video on Beirut during this period. 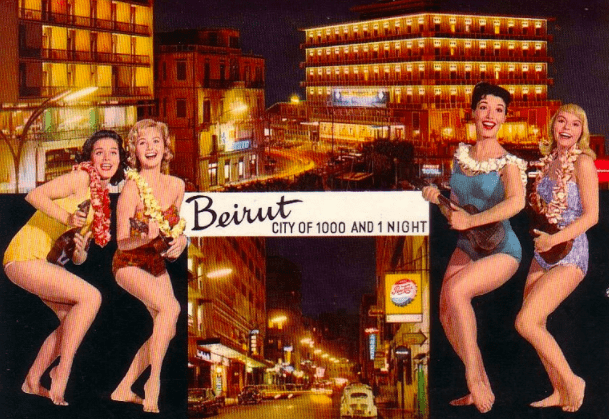 Below a picture of the hotel pool in the 60’s, the centre of high society and a very glamorous destination with its nightclub, Le Paon Rouge, very much the center of the city’s vibrant nightlife. (Source of picture: click here) 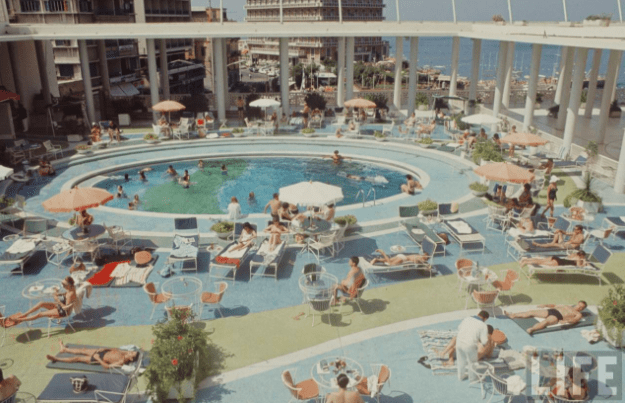 The Lebanese National Commission for Tourism was created in 1962 and promoted tourism to the region which in 1966 hit a record 100 million dollars in tourism receipts. The Ministry of Tourism was created and the future for the Phoenicia Hotel and other establishments supporting the industry looked very positive in the early 70’s, with a projection that by the 80’s, tourism would be responsible for 14% of the national GDP of Lebanon. Unfortunately, 1975 brought the war and a bleak period in this country’s history… 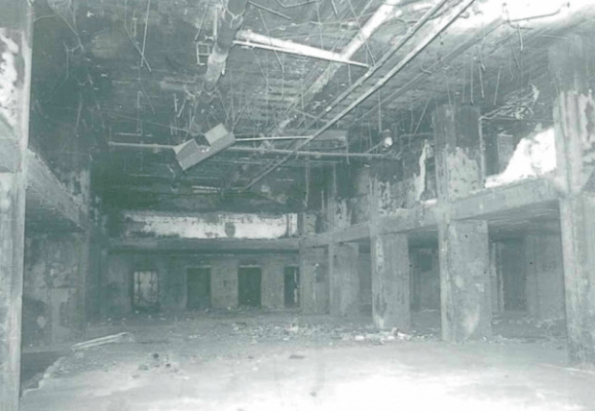 The hotel was deeply affected by the Lebanese Civil War when it was gutted and scorched but very much still standing (as per the picture above) and had to endure a period of 25 years closed, until its refurbishment and reopening with the addition of a third tower on the 22nd March 2000, when it literally rose from its ashes.

The Phoenicia Hotel also had to endure further damage in the 2005 assassination of former Prime Minister Rafiq Hariri, when the façade and parts of the interior were wrecked again. Just a year later, the July war also took its toll on the country’s tourism.

“All through the war, although this was a really broken down and dilapidated building, I was dreaming at one time that we would redo it,” says Mazen Salha (pictured below), the son of the Phoenicia’s founder, Najib Salha (source: FT). 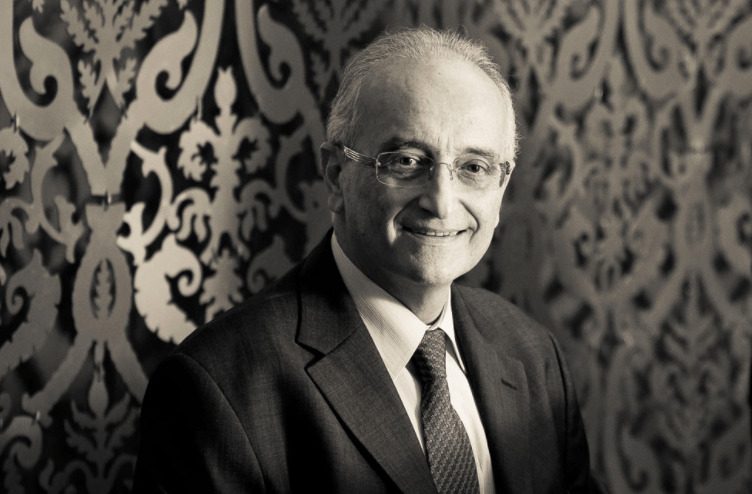 The Phoenicia Hotel is now a gleaming white and pink stone landmark of the city, a few hundred meters inland. This iconic hotel has everything that a traveler would like to have in a luxury hotel, such as the right location, warm ambiance, excellent rooms, very comfortable beds, superb linens, warm staff, a classy lobby , and good sport facilities.

Pictured below is a view of the harbour area from the hotel. 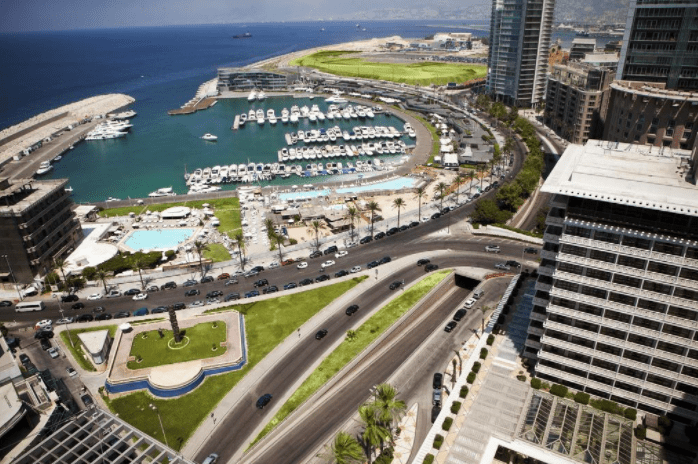 In 2012, The Phoenicia Hotel celebrated its 50th anniversary and a book by Tania Hadjithomas Mehanna was also released commemorating this event (pictures below). 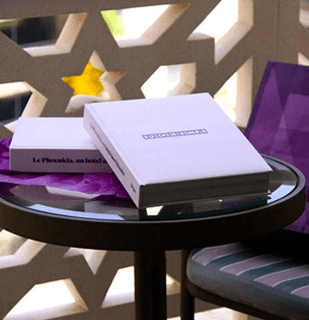 Personally, I have always enjoyed my trips to Beirut and whenever possible, I have stayed at the Phoenicia Hotel. I would strongly recommend the hotel to anyone coming to the capital of the land of the Cedar Tree.

If you are into whisky, their Eua de Vie Lounge Bar and Grill has a great collection and a wonderful atmosphere… 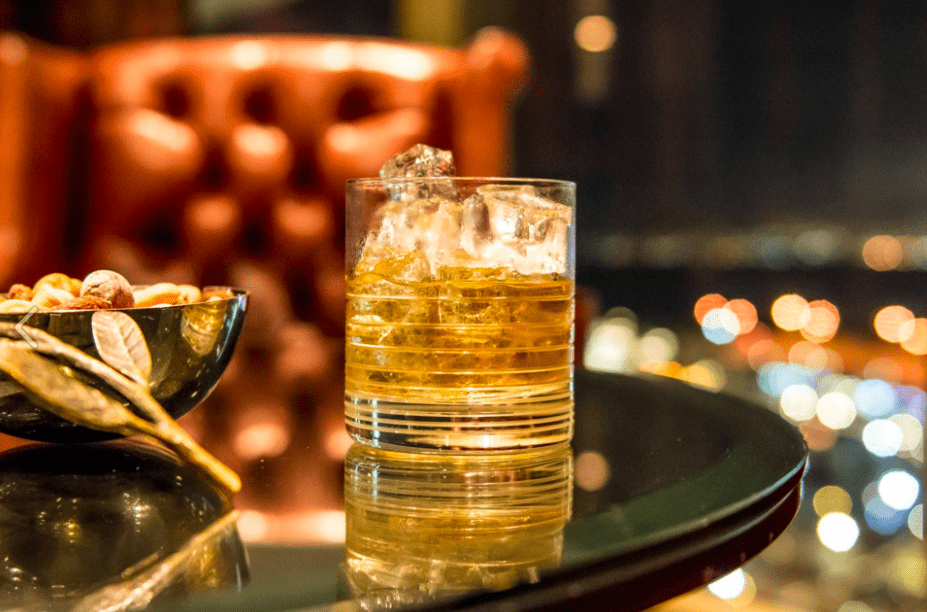 For Reference – Images of the interior of The Phoenicia Hotel

For Reference – The Golden Age of Beirut 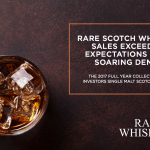 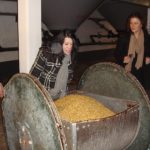