This time-honoured process of ageing your new make spirit for years inside an oak cask can not only be time consuming but also demands a strong cash flow given the investment upfront. Is it any surprise that a few people have tried to speed up the process?

Disclaimer: the top picture comes from an article in Popular Science magazine. 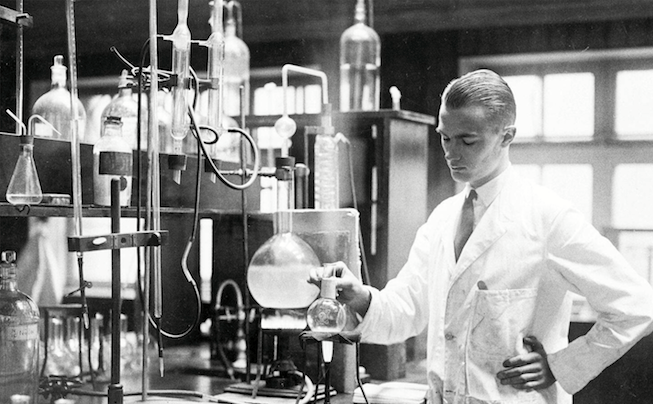 Firstly, you just have to search the internet to come across plenty of examples of ‘rapid ageing’ of whisky (or whiskey).

But how does maturation works? Well, the new make spirit or distillate produced from distillation is a highly alcoholic compound which once placed inside the cask, will interact with the wood. This liquid is also called in the USA as ‘moonshine’, ‘white dog’ or ‘white lightning’.

Scotch whisky distillers in general tend to claim that 60% of the whisky character comes from the wood.

Therefore, this interaction is critical in the process by giving the whisky both flavour and colour (given that the liquid is clear when first placed inside the cask). The warmer weather in the summer will make the wood from the oak cask expand allowing the alcohol deep into the barrel staves whilst the cold weather in the winter will contract the wood, pushing the liquid back out with notes such as vanilla, caramel and oak. This is also how salt from the atmosphere in areas surrounded by the sea (such as Islay or Campbeltown in Scotland) can penetrate the cask and affect the flavour of the whisky, as the casks tend to mature in dunnage warehouses.

Charring of the casks can also influence this process – see the Inside the Cask blog ‘Burn barrel burn!’ 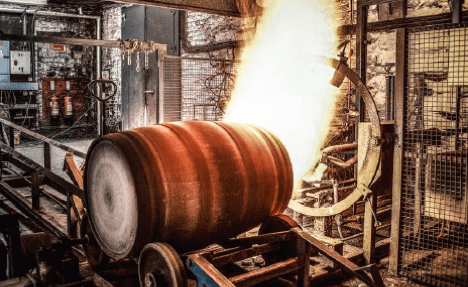 After a few years of these cycles (of warmer and colder weather), we have whisky/whiskey, the golden nectar with an amber brownish colour and full of flavour. 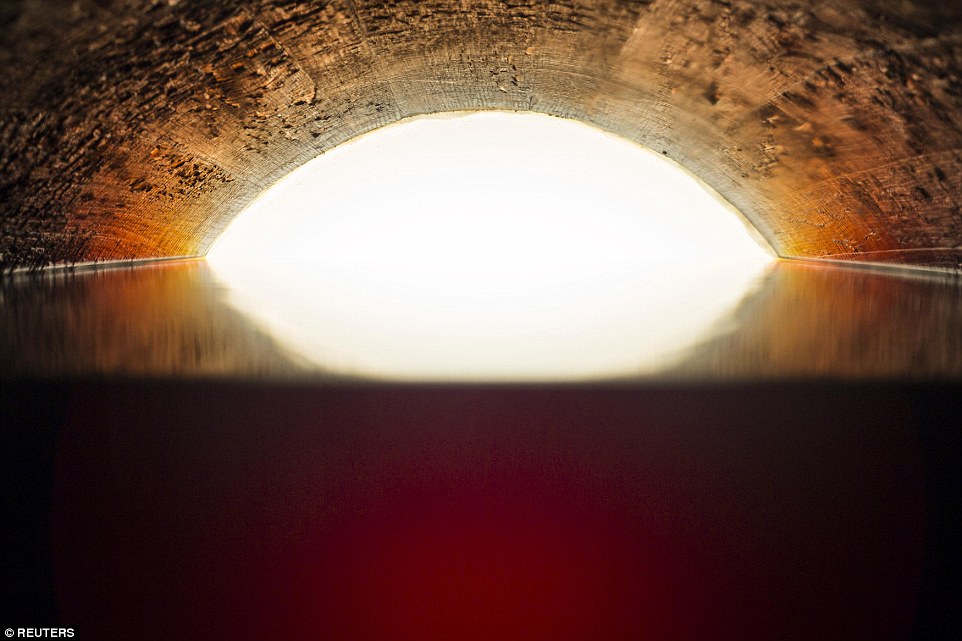 The process of maturation is highly regulated for Scotch whisky production in Scotland. However, this is not the case for everyone producing whisky around the world. Some people are quite happy to speed up and fast track the process and the wood interaction with the alcohols.

Most distilleries attempting to speed up the ageing or maturation process, tend to use smaller barrels, in order to increase the liquid’s ratio of surface area to volume, exposing more of the distillate to the influence of the oak. This technique can provide a whisky with a good colour and with a sweet and slightly mellower taste but not enough to mask or temper the harsher notes of younger alcohol.  It takes more than wood to make whisky palatable. Compounds in the spirit such as isopropanol need time to react with fatty acids, leaving behind esters, the aromatic compounds largely responsible for giving fruits their odour and flavour.

Here are examples of different approaches being taken by other distilleries…

Copper Fox Distillery in Virginia, USA apparently adds a mesh sack full of toasted oak and apple chips into the distillate in the cask for up to one year. This is then removed before the whiskey is put in another cask, heated and rolled several times over a number of times over some months. After the total 14-18 months maturation process, they bottle their Wasmund’s Single Malt whisky (pictured below).

“There’s not anything you can compare it to. There wasn’t anyone to copy, so we had to develop it on our own.” Rick Wasmund, Copper Fox Distillery 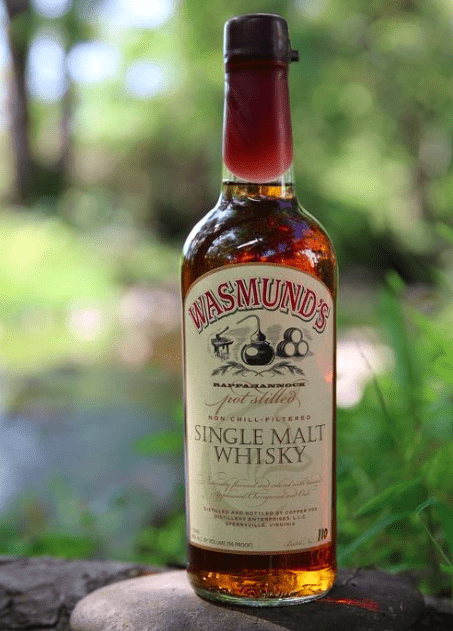 Recently, Spirits Business also reported on this topic with an article – for the full article click here. It referenced Bryan Davis, the co-founder of US-based Lost Spirits, who believes that his company has the ability to transform mainstream spirits maturation for good. In simple terms, according to the article the process “encourages alcohols to bind with organic acids and phenols found in white spirits and/or generated through oak degradation”. When the system is correctly “tuned”, the results include the dense production of flavourful esters. In essence, the reactor forces the same chemical reactions that take place in a barrel over a number of years, in just a matter of days.

“We looked at what it would take to launch a three-year-old whiskey in 2009 and it was crazy expensive. Craft distillers were killing themselves trying to get a really young product that stinks onto the market. They just crossed their fingers and threw whatever they had into a barrel and hoped it would work. That didn’t appeal to me.” Bryan Davis, Lost Spirits 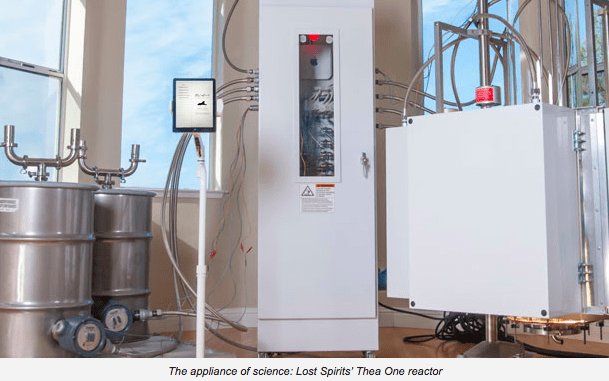 Orville Tyler, a retired chemist from South Carolina USA, mixes his whiskeys with oxygen and applies ultrasound to the casks. He claims that his Terrapure process accelerates the formation of esters, which are among the many chemicals that give a whiskey its distinct flavour, to produce these reactions in hours rather than years. He pumps young distillate through an oxygenated chamber, where it is subjected to high-intensity ultrasonic energy. The agitation sets esterfication in motion. 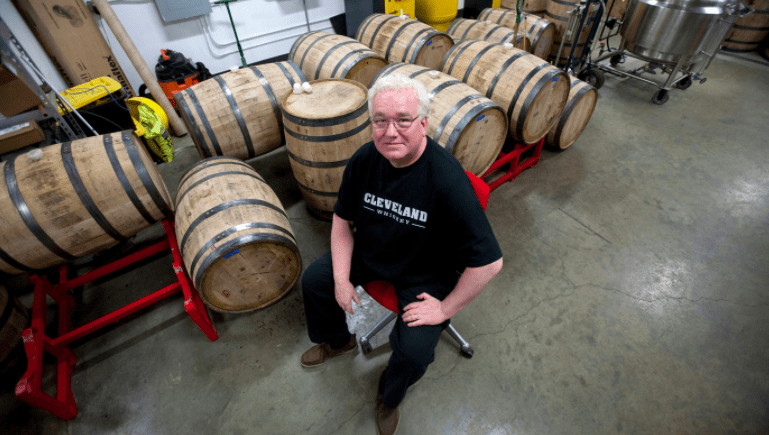 Cleveland Whiskey is another distillery innovating with the process and based in Cleveland Ohio USA. Its owner Tom Lix (pictured above) recognized the growing demand for whiskey and decided to invent a new method of making it to speed up the process.

“I took apart a couple of used barrels, and it didn’t seem like the whiskey soaked very deep. So I started experimenting with pressure to get the spirit to soak deeper into pore structure.” Tom Lix, Cleveland Whiskey

The distillate is aged normally for six months in a cask. Then, both the liquid and the cut-up cask are moved to a stainless steel vessel, where pressure is applied to squeeze the alcohol in and out of the wood to accelerate the maturation process. Adding pressure turns the chopped and porous pieces of cask almost into sponges, sopping up the alcohol and then squeezing it out again.

Interestingly, the idea of speeding up or fast-tracking the process of making whisky is nothing new. The Times newspaper reported at the end of 2017 on attempts made back in 1951 by government scientists to mature whisky within hours. Ultimately the project was abandoned however the article below makes for some interesting reading… 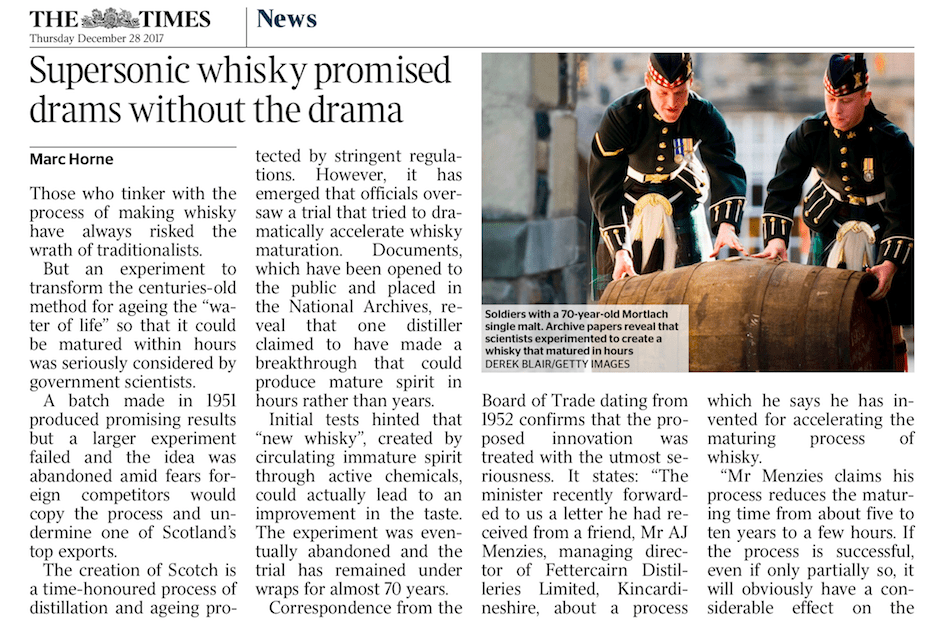 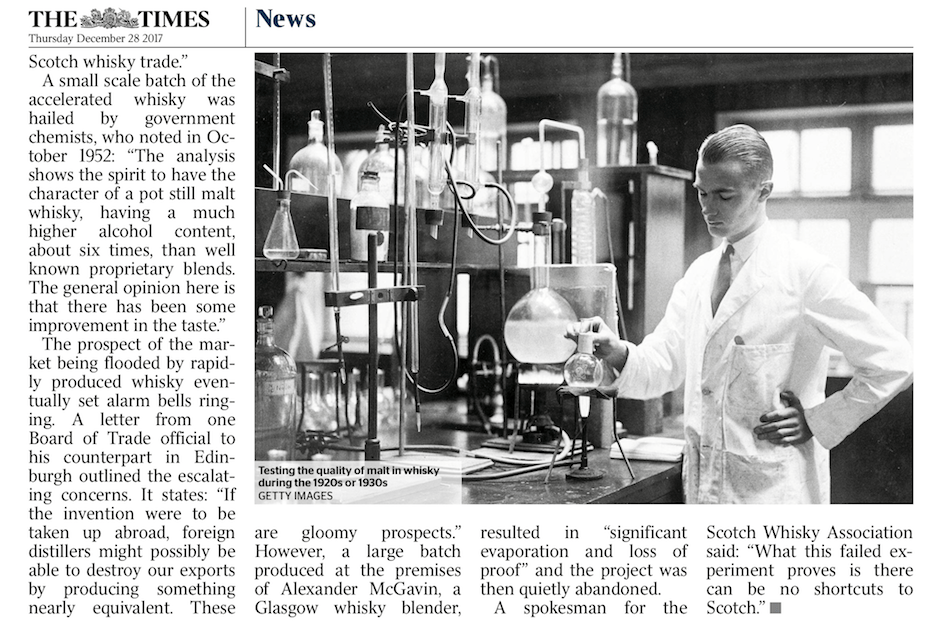 Rapid ageing and fast-tracking the maturation process in whisky production remains limited to the few, with the majority of distilleries still following on age old traditions in the craft of whisky. Some thoughts below from Sazerac in the USA.

“We do not believe that rapid ageing is a viable solution to the current shortages. We do not think that this approach will supplant age statements or aged whiskey in general.” Mark Brown, CEO of Sazerac, and Harlen Wheatley, master distiller at Buffalo Trace Distillery, said in a joint statement to The Spirits Business

It seems that at least for now, none of these alternatives can completely replicate the maturation process and its impact on the whisky produced. As some people may say, good things come to those who wait….

Maybe, just maybe in the far away future, the way to order and produce whisky will be through food and drink replicators as shown on the TV show ‘Star Trek’ (pictured below)…it certainly would not be the first innovation to be found in Star Trek before becoming a reality! 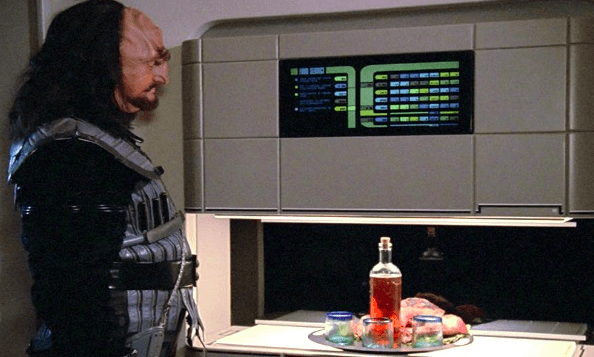 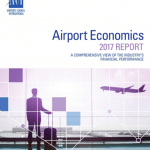 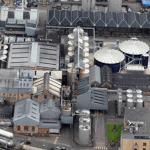