The U.S. Preclearance service is looking to expand its reach beyond its existing locations, such as Dublin Airport in Ireland.

Through Preclearance, the same immigration, customs, and agriculture inspections of international air passengers performed on arrival in the U.S. are instead completed before departure at foreign airports.

We intend to identify governments and airports willing to partner with us.  Additional preclearance locations will further protect the safety and security of our citizens while also streamlining legitimate travel and commerce said CBP Commissioner R. Gil Kerlikowske

The Department of Homeland Security (DHS) and CBP, in coordination with the Transportation Security Administration (TSA), U.S. Department of State, and other U.S. Government stakeholders, will review each submission. Submissions will then be evaluated and prioritized based on their benefit to national security, travel facilitation, and economic partnerships.

The current preclearance locations can be found on this link.

Apparently, the Swedish and U.S. governments have signed an agreement which means that Stockholm’s Arlanda Airport will be one of those next on the list of preclearance sites as per this article. 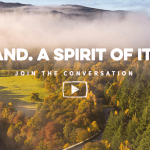 An Inside the Cask chat with…VisitScotland 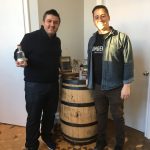