The first time I heard Jeff playing was during the TFWA Show in Singapore and he was great – definitely worth going to watch him and support someone in the industry.

Jeff works out of PMA’s national offices in Oakville, Ontario. During his off hours he can be found writing and performing his own indie music in and around the GTA.

For more info on his music – please click here.

In the early spring of 2014, Jeff was diagnosed with colon cancer. After recovering from the initial shock and unsure of the prognosis at that time, Jeff began feverishly writing material for a CD he had wanted to produce and record for a number of years. Jeff has since written over 80 songs, produced several videos, and has a clean bill of health. Jeff’s story was recently featured in a Toronto Star article and in an interview on the local cable television program @Home with Deb Tymstra. 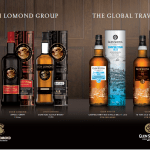