Looking ahead to Europe Travel Retail prospects in 2016

On return from the Christmas holiday break with the family, I have been reflecting on the issues tackled during 2015, but even more importantly, considering the challenges and opportunities that lay ahead in 2016.

The two pictures above the Blog Post header, showcase best the vastly different potential paths for Europe Travel Retail. On the left, the Oresund bridge between Sweden and Denmark with long queues due to the border checks introduced as a response to the refugee crisis. This is more than likely to have a negative impact in the Nordic travel retail business, at least in the short term. On the right hand side, the proposed brand new airport in Istanbul, poised to become the largest in the world with a capacity up to 200 million passengers and huge commercial opportunities. For info on the new Istanbul airport commercial vision see this link.

So will the European travel retail market deliver growth in 2016? According to the Airports Council International (ACI), the signs are positive with growth in PAX (passenger) traffic in the Euro area continuing in an upward trajectory in line with the recovery by advanced economies in the region. Therefore, there is reason to be optimistic about the European travel retail market in 2016. However the main question remains whether the recent negative trend of decline in spend per PAX, as reported by the European Travel Retail Confederation (ETRC), can be reversed. This is a particularly difficult task for all of us operating in the region, given the loss in spend linked to the Russian PAX. 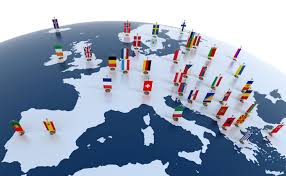 What about which markets or locations will have good growth potential in 2016? Turkey was a likely bet, at least until the recent news that took place 3 days ago.

Turkey and in particular Istanbul, was continuing to develop its growth potential driven by higher PAX volumes and the growth ambitions of Turkish Airlines. In the medium to long term, the Istanbul new airport, as showcased at the ACI Airport Exchange event (8th-10th December ’15) provides a real step change and a positive factor in the region. This is likely to make Istanbul a serious candidate to be considered as the World’s aviation capital when this air transport hub is fully open and operational, taking aside of course any geo-political instability. In the rest of Europe, there is still good growth potential in areas such as the UK, the Nordics, and France despite the recent troubles in Paris.

Others considerations when looking ahead to 2016 include:

On a more positive note, 2016 is a year full of exciting launches and major activations within the European travel retail market for William Grant & Sons brands, as showcased at the TFWA Show in Cannes 2015.  Our key priority launches will be supported via activations in selected locations in Europe.

These include our  brand new science-orientated travel exclusive Grant’s whisky range – Grants Elementary – and our new whisky line, the House of Hazelwood. 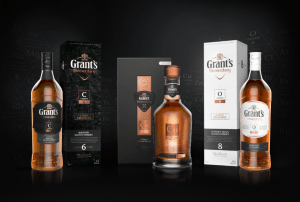 The Grants Elementary range was developed by our Master Blender Brian Kinsman, with each expression focusing on a critical element of the whisky-making process. The intention is to reveal the “scientific precision behind traditional whisky-making”, this range features Carbon 6yo, Oxygen 8yo and Copper 29yo.Each blend explores the impact of carbon, oxygen and copper on Grant’s whisky, and the age of each expression relates to their position in the periodic table of elements. 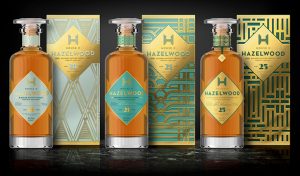 The House of Hazelwood on the other hand, is a new blended Scotch inspired by the family luminary and matriarch Janet Sheed Roberts (1901 to 2012). The design is influenced by the great art deco cities that influenced the world in her heyday in the 1920s and 1930s and it features 18yo, 21yo and 25yo variants. In paying tribute to her, Master Blender Brian Kinsman used stocks from the two distilleries closest to her heart: Kininvie and Girvan, as well as the family’s private collection.

On a final point, and for additional context, below is the view from the industry on 2016 prospects, as highlighted in the forthcoming edition of the DFNI magazine in January 2016: 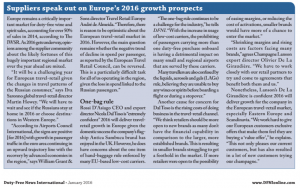 This blog was originally published in January 2016 on LinkedIn 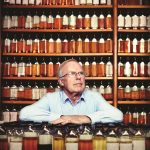 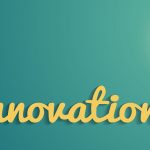 Why are Companies Inhibitors to Innovation?