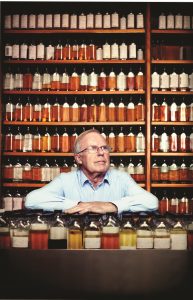 The remarkable career of The Balvenie’s David Stewart, the longest serving malt master in the industry, is acknowledged with prestigious award

The Balvenie Malt Master, David Stewart, has today been recognised in the New Year’s Honours list with a MBE for services to the Scotch whisky industry.

After nearly 54 years in the industry, David’s pioneering techniques have had a profound impact on Scotch whisky production methods used today. He is renowned for his groundbreaking work particularly around ‘cask finishes’ for The Balvenie and has developed a number of award winning whiskies enjoyed and loved by whisky drinkers all over the world. He is one of only 12 malt masters in the Scotch whisky industry, a small band of master craftsmen who have perfected the art, alchemy and scientific understanding of whisky making, and he is the longest-serving of them all.

“David’s innovative approach and total dedication to his craft, coupled with his modest, unassuming manner have made him one of the best loved and respected craftsmen in the business. The company is absolutely delighted for David and this honour is testament to the fact that David is one of the greatest master blenders of a generation. Not that he would ever admit it himself.

“His passion for retaining tradition as well as championing experimentation makes The Balvenie a refined and distinguished single malt that is as well loved amongst newer whisky enthusiasts as it is amongst seasoned whisky aficionados. Over five decades, David has honed this supreme skill down to a fine art – and his role is one of the five rare crafts that make The Balvenie Distillery unique in today’s world.”

David Stewart started work at The Balvenie distillery in 1962 at the age of just 17. During a 12-year apprenticeship, he mastered the skills of nosing and creating the best quality single malt Scotch whisky. David was then appointed The Balvenie Malt Master and has held that position ever since, making him the most experienced malt master in the industry. 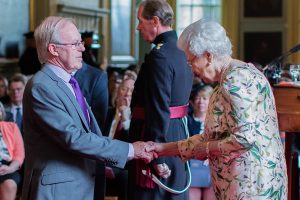 Despite his well-known avoidance of the limelight, David has been widely recognised by industry peers with a number of accolades including the Grand Prix of Gastronomy by the British Academy of Gastronomes, lifetime achievement awards from the International Wine & Spirit Competition and whisky magazine Malt Advocate, and was made an Icon of Whisky from Whisky Magazine and a Master of the Quaich, from the Keepers of the Quaich society, an international organisation established to promote Scotch whisky worldwide.

In 2012, David celebrated his 50th anniversary at the distillery with the release of The Balvenie Fifty, one of The Balvenie’s most rare and precious releases. His spirit of experimentation led to The Balvenie 21 Year Old and Balvenie Caribbean Cask 14 Year Old, all pushing the boundaries of The Balvenie’s traditional place in the world of single malt Scotch whisky. Just recently, David curated The Balvenie DCS Compendium, an ambitious launch of 25 whiskies released over five years, and a fitting tribute to his incredible career.

This blog was originally published in December 2015 on LinkedIn 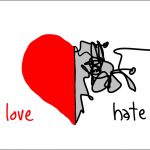 How to avoid the Love & Hate extremes in a Customer Relationship 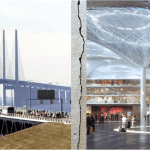 Looking ahead to Europe Travel Retail prospects in 2016