Reflections at the start of The Trinity Forum 2015 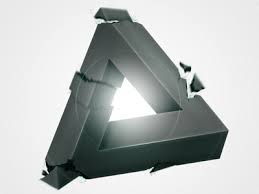 This event coupled with the recent news of certain departures from Travel Retail by brand owners – either completely or regionally – have led me to reflect on the sustainability of the existing Airport Travel Retail model; e.g. Nivea pulls out of TR in Europe; and to look back to the original thinking on this topic.

Firstly, it is a known fact that the Non-Aeronautical Revenues generated are critical for the long term future of airports, as stated by Airports Council International (ACI).  Airport Income derived from Non Aeronautical Revenue: 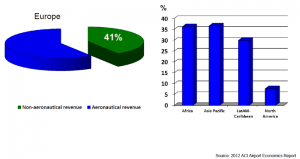 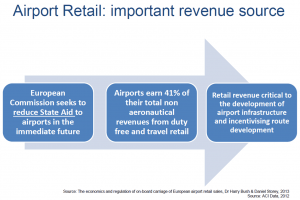 However, it is also now 12 years since the original Trinity Forum White Paper was issued as a preliminary talking point: The Trinity White Paper – October 2003, and the question over how much progress has really been made is one worth asking (see the link for the original document for reference).

The term ‘partnership’ signifies an arrangement in which parties agree to cooperate to advance their mutual interests. Powerful partnerships mean more than one winner, in the case of airport travel retail, this Trinity Partnership would mean meeting each stakeholder’s business needs:

The original White Paper highlighted how this Trinity Partnership was not balanced equally. Extract below:

6. The White Paper (preliminary) highlights the key shortcomings of the current model and attempts to point the way forward. Some key points include: i) the consistent failure to focus on the consumer’s needs and aspirations;ii) the need to boost retail standards to a consistently world class level in line with the quality of customers attracted by airports; iii) the need to incentivise all parties – airports, retailers and suppliers – to participate as stakeholders in the business on a true risk/reward/information sharing basis; iv) the need to focus on growing the industry’s low store footfall and penetration rates and driving up the spend per passenger; v) that change to the model, driven initially by the airports, which control the assets, will benefit all parties, including the consumer vi) to recognise that investment in retail by the airports and other members of the Trinity will not mean erosion of profit but if implemented efficiently will, in fact, increase returns, as well as enhancing the reputation of the channel. 7. This Paper examines the current industry models and pays particular attention to the Minimum Annual Guarantee-based concession formula which it contends is responsible for many of the industry’s shortcomings. 8. While not recommending any single alternative model, it suggests a profit-sharing element be integral to any chosen formula to ensure that all parties go forward on a true partnership basis.

Airport retail remains a unique and closed market place but some of the areas highlighted above have definitely improved in the last 12 years. It also continues to provide the potential for increased airport revenue and retail sales. 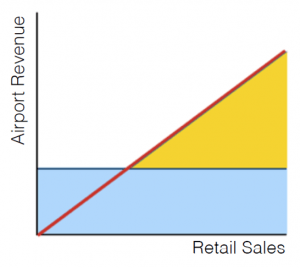 However it needs to maintain its focus on the consumer’s needs and aspirations. The consumer’s (or traveller’s) wants include:

After all, only the ‘stress free’ traveller is going to be willing to spend!

Additionally, today’s travellers are……just like ”real” consumers:
• Shop where they are

But some traveller’s frustrations remain in place…

But how to change? Below is a challenge posed from a frequent traveller with an insight from outside of the industry – an observation from Tyler Brule from Monocle Magazine at the ACI Trading Conference 2014:

“Everyone likes to talk up differentiation, innovation and sense of place but few are delivering on it. The duty free maze after security is annoying and sadly becoming standard. The product mix at retail is largely the same and lacking originality or a point of view…Ditto food and drink. There is little in the way of pleasant surprises”

Focus on the Consumer. As the original White Paper stated: “The consumer has been the ultimate loser. The “collective squeeze” of t 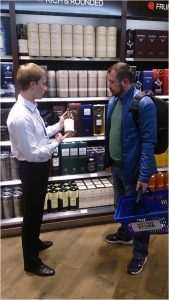 he traditional model has meant that all parties collectively have not best served the consumer, the very people the industry exists for, because of a financially-driven disincentive to invest, often characterised by a limited offer and a glaring lack of support by increasingly disenchanted brand companies. In turn, this has led to a growing image crisis for duty free retailing, one that is undermining the outstanding growth potential of the business.

In this scenario, every party loses out. That includes the landlord, who, while having the ‘safety net’ of a minimum annual guarantee, is missing out on the considerable upside to be derived from an alternative model that encourages higher store penetration rates and increases the average spend per passenger and overall sales.”

We need to use Category Management as a solution and offer the right retail mix to appeal to both high spending and low spending consumers. Making it easier for the consumer to shop and find what they want. Avoid the ‘Luxury trap’ where 80% of available space is allocated to luxury merchandise for 20-30% of passenger profile. Take a consumer centric approach and offer ‘Affordable Luxury’ (in the perception of the consumer) whilst delivering on the key value perception message.

Foster the Education Experience as a positive tool  – I have previously taken part in some ACI courses in order to improve my own personal understanding of the Airport commercial dynamics but also to try and network with airport professionals. This was an active choice made as those of us on the brand owner side tend to mainly interact with retail operators in travel retail. There would be benefits in bringing closer together the three different sides of the Trinity of Travel Retail – airports, retailers, brand owners – via education.

By increasing the exchange of ideas and experiences across those working for the different parts of the Trinity, the shared understanding of their unique requirements will improve. This will also enhance the network and foster relationships across the various members. The education platform could be based on the one already provided via the ACI ‘Global Training’ and facilitated via other organisations such as the ETRC.

Provide a Higher level of Consumer Engagement at the Airport – this is critical to brand owners as it is this opportunity to build their ‘brand essence’ in travel retail which makes the channel so appealing despite the commercial constraints. This does not have to be restricted to the existing physical retail environment and can be introduced outside of the store via PoP Up shops or Virtual experiences. Unique offerings and Innovation are equally important – via new concepts, ideas, experiences and products. 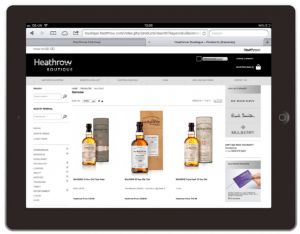 Authenticity. In order to differentiate from other airports and to offer passengers a memorable travel experience, airports shall additionally focus on their local uniqueness, both in retail and food & beverage. Getting the right mix of local and international products/ brands – provides a differentiation criteria vs. other airports. 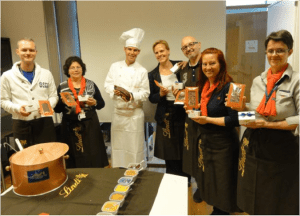 Improve Service provided by staff via a relentless focus on training (above an example of a  Lindt chocolate training session). Use of an industry benchmark to facilitate year-on-year improvement via an independent industry ‘seal of approval’ such as ASQ also drives up standards. 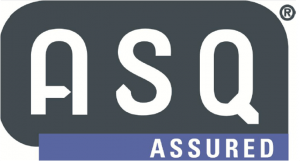 9. This Paper contends that it is far better to concentrate efforts on increasing store penetration and spend per passenger (and therefore the overall spend) than have poor sales being generated by an inappropriately incentivised concession contract.

Suppliers are fully aware of the value of Travel Retail; they have supported it for 50 years and will support it and underpin it for another 50 – but only if the rules of engagement are fair and the returns viable

As a final thought, a comment made by the Monocle Magazine traveller on the overall airport experience…and the positive mindset we should adopt going forward.

“Can anyone confidently, honestly say they own/manage an airport that people look forward to/go out of their way to fly through? If so, what are they doing that others are not?” Tyler Brule 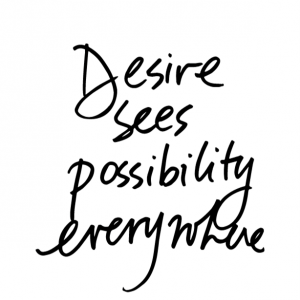 This blog was originally published in September 2015 on LinkedIn 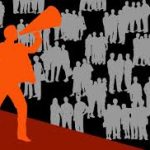 How To: be a Brand Ambassador 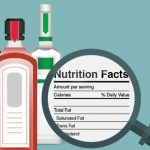 Do you really know what you are drinking?