Africa is the second largest continent in terms of size and population globally and offers a huge mix of very distinct and unique countries, people, languages and cultures with a vast amount of potential. 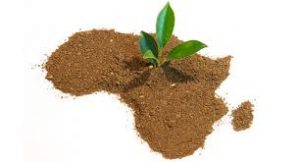 I was reminded of this aspect recently after attending the DFNI Africa Uncovered 2015 Conference held in Cape Town. The Big Five Duty Free stores in South Africa are an example of a modern travel retail concept equivalent to those seen in Europe. On the other hand, there are airports in the region that do not match that standard and even fail to deliver on more basic requirements such as continuous power supply, quality of staff and a retail offering with a breadth of international brands.

Companies such as Flemingo, with their focus on emerging markets, as well as other global travel retailers such a 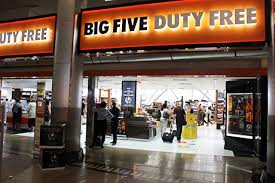 s DUFRY and Heinemann are continually looking to gain a greater foothold in this vast continent, which should accelerate store development in the region.

It is a generally understood principle that competition brings benefits to consumers; however, the multiple-retailer format seen in certain African airports, such as Nairobi and Addis Ababa could have the opposite impact. The high level of local competition could limit investment in the retail offering development, due to the restriction in physical space to any one retailer and a focus on value only.

Another reality is that historically global brand teams have not always taken the African consumer into serious consideration; this is changing through companies such as Brown-Forman. At William Grant & Sons, we have recently introduced a campaign on our Grant’s blended Scotch whisky specifically for Africa.

This is particularly relevant due to the mix of passengers travelling in Africa and their disposition to spend in Travel Retail, such as Nigerians, who tend to be heavy spenders when travelling  as reported by DutyFly solutions at the DFNI conference. The Economist magazine also recently reported the fact that Nigerians spend more than Americans at Harrods in the UK.

Technology is a powerful enabler and can help to tap into this spend. Inflight concessionaire Tourvest demonstrates this aspect via their newly designed South African Airways (SAA) online store to drive pre-order purchase of duty free before consumers fly (www.flyssadutyfree.co.za ).

In emerging markets, such as those in countries from Africa, consumers will continue to look at the Travel Retail channel as an attractive source of authentic, quality products from internationally-recognised brands.  The best retailers will develop their offering, providing brand owners with the opportunity to invest in the creation of perceived value and brand building whilst catering for African and non-African passengers. The potential for Africa is there despite the volatility seen in the region and brand owners and retailers should be prepared to take advantage of it.

This is the full version of an article published in the GTR trade press publication DFNI (Duty Free News International) in August 2015. 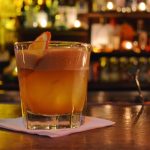