The latest debate relating to travel retail has been the revelation by the UK media that some airport retailers are not passing on the VAT saving directly back to consumers whilst requesting for passengers to produce their boarding pass with every purchase (at least those travelling to outside of the EU), the so called “airport VAT rip-off”. However, is this not simply a symptom of the way airports manage their retail space and drive for higher profits through the increase of non-aeronautical revenues?

In principle, higher non-aeronautical revenues as a result of passenger retail purchases, have a considerable and positive influence as they help to improve airport facilities and lower airport charges for airlines. As Dr. Harry Bush and Daniel Storey state in their 2013 policy research study, airport retailing is an important activity for most European airports, contributing 15% of total airport revenues in 2011, up from 11% in 2008. 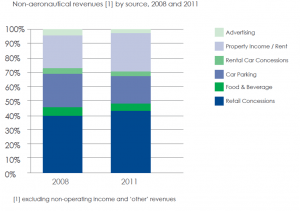 The airport groups managing the airport retail environment – the ‘landlords’ – are part of a Trinity involving also the airport retailers – the ‘tenants’ – and brand owners. Let’s not forget also that Duty Free whilst travelling within the EU has been abolished since 1999: http://news.bbc.co.uk/1/hi/business/360952.stm

Thus, airports such as London Heathrow will strictly control the retail prices offered by their airport retailers and will actively compare these to the UK High Street, in order to ensure that consumers receive value for money. Managing this perception of the value offered is critical to them in their ambition to continue to grow non-aeronautical revenues.

However these airport groups are also looking to generate increasing profits, a recent example of which comes from AENA, the world’s biggest airport operator by passenger numbers: https://uk.news.yahoo.com/spanish-airport-operator-aena-posts-181852710.html#mqfSsO4

This creates potentially an imbalance on the Trinity relationship, with higher concession fees and percentage of net sales being taken from the airport retailers and more pressure on brand owners to sell their products at a disadvantage to the domestic high street 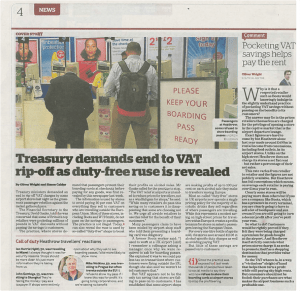 market. This may help to start to explain why some retailers have chosen to absorb the VAT claimed back, as pointed out also by Oliver Wright from the i newspaper on 12th August in his comment section, as a way to cope with the sky-high rents.

Note that World Duty Free Group in the UK already differentiates between items that are duty paid (“available to all passengers”) and those that are duty free (“only for passengers travelling outside of the European Union”) as per the examples below taken from London Heathrow airport. 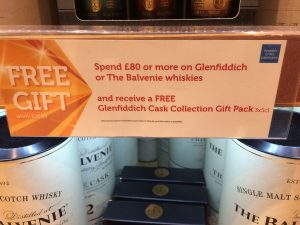 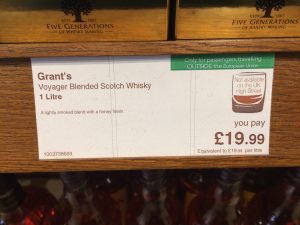 For more information on airport retailing and its importance to airports, just google search for the document entitled: “The economics and regulation of on-board carriage of European airport retail sales” by Dr. Harry Bush and Daniel Storey. 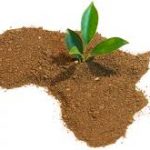